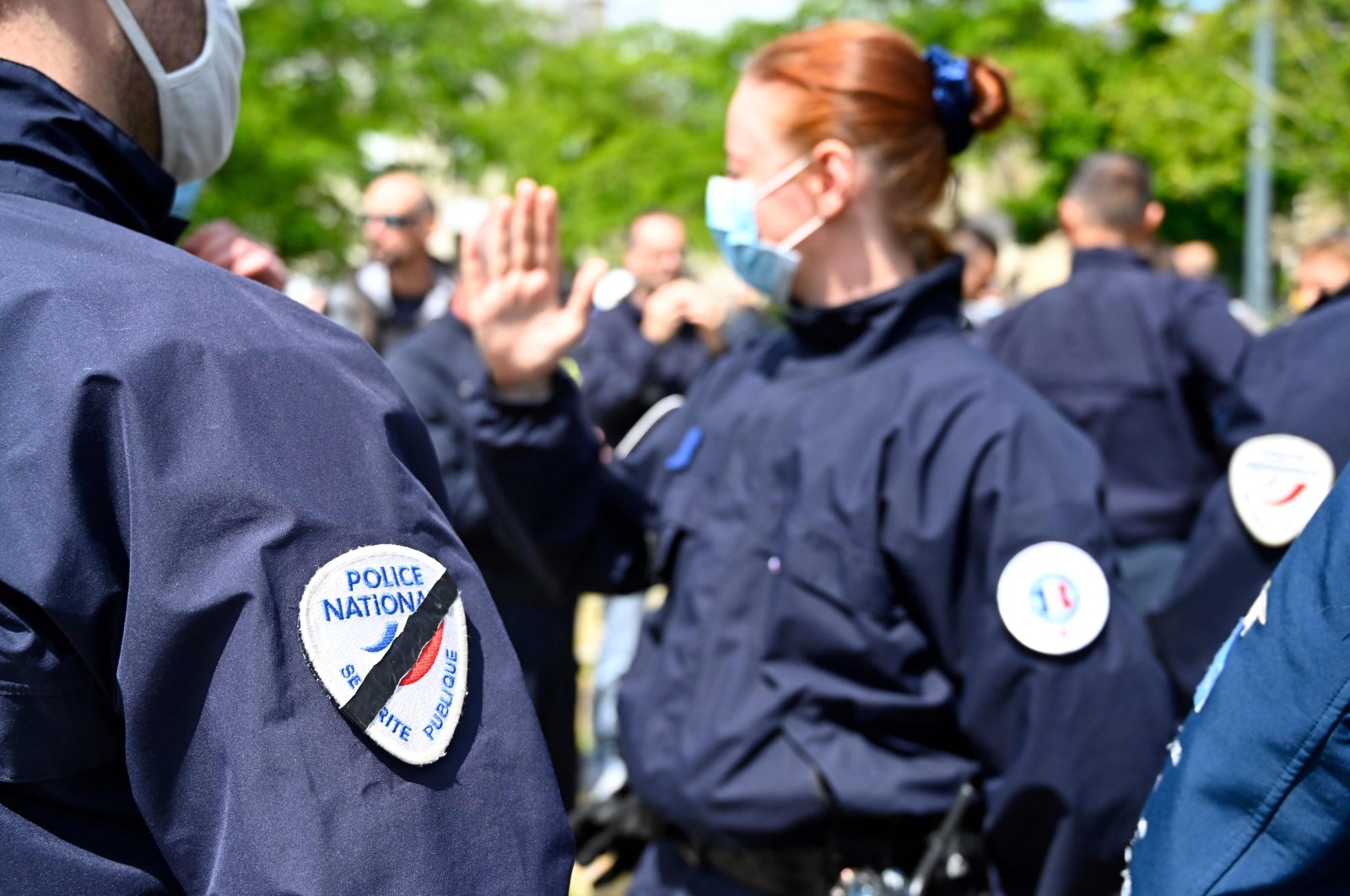 Police officers gather next to the Rennes' prefecture during a protest called by several unions against French Interior Minister's announcements following demonstrations against police brutality and racism in France, June 12, 2020. (AFP Photo)
by French Press Agency - AFP Jun 18, 2020 11:48 am
RECOMMENDED

French police conduct discriminatory identity checks on black and Arab men, a rights watchdog said Thursday, as angry protests over alleged racism in the security forces sweep across the country.

France has seen numerous demonstrations in recent weeks protesting the actions of police, many coalescing around the 2016 death of young black man Adama Traore in police custody, which activists say echoes George Floyd's killing in the United States.

Human Rights Watch said in a report that the French police have "overly broad" powers "to conduct discriminatory and abusive checks on black and Arab boys and men," leaving too much room for arbitrary and biased decisions.

"There is ample evidence that identity checks in France drive a deep and sharp wedge between communities and the police, while doing virtually nothing to deter or detect crime," HRW's France director Benedicte Jeannerod said.

The report comes as France is reeling from allegations of institutionalized racism in the ranks of its police, an accusation vehemently rejected by police forces who say the problems are down to individual security force members.

French President Emmanuel Macron acknowledged in a national address Sunday that France had to fight against the fact that "the name, the address, the color of the skin" can affect a person's chances in their lives.

But Macron defended France's under-fire police force, saying they "deserve public support and the recognition of the nation for their work."

On Tuesday his government backtracked on a ban on the use of chokeholds by the police after a backlash by police unions, who demonstrated across France and threw down their handcuffs in protest.

HRW's report – based on interviews with 90 men and boys belonging to minority groups in Paris, Grenoble, Strasbourg and Lille – says the stop-and-search checks "often involved invasive and humiliating body pat-downs."

The 44-page document includes 12-year-old Koffi's account, who says his class was subjected to an identity check in front of their school in Bobigny, a disadvantaged neighborhood in northeastern Paris, as they were leaving on a field trip to the famous Louvre museum.

"They put their hands in my pockets. They spread my legs and touched my genitals," Koffi said.

Children as young as 10 are targeted, the HRW report said.

There are no official statistics on the racial profiles of those stopped by the police, as a 1978 French law prohibits the collection of data on a person's race, ethnicity, or political or religious opinions.