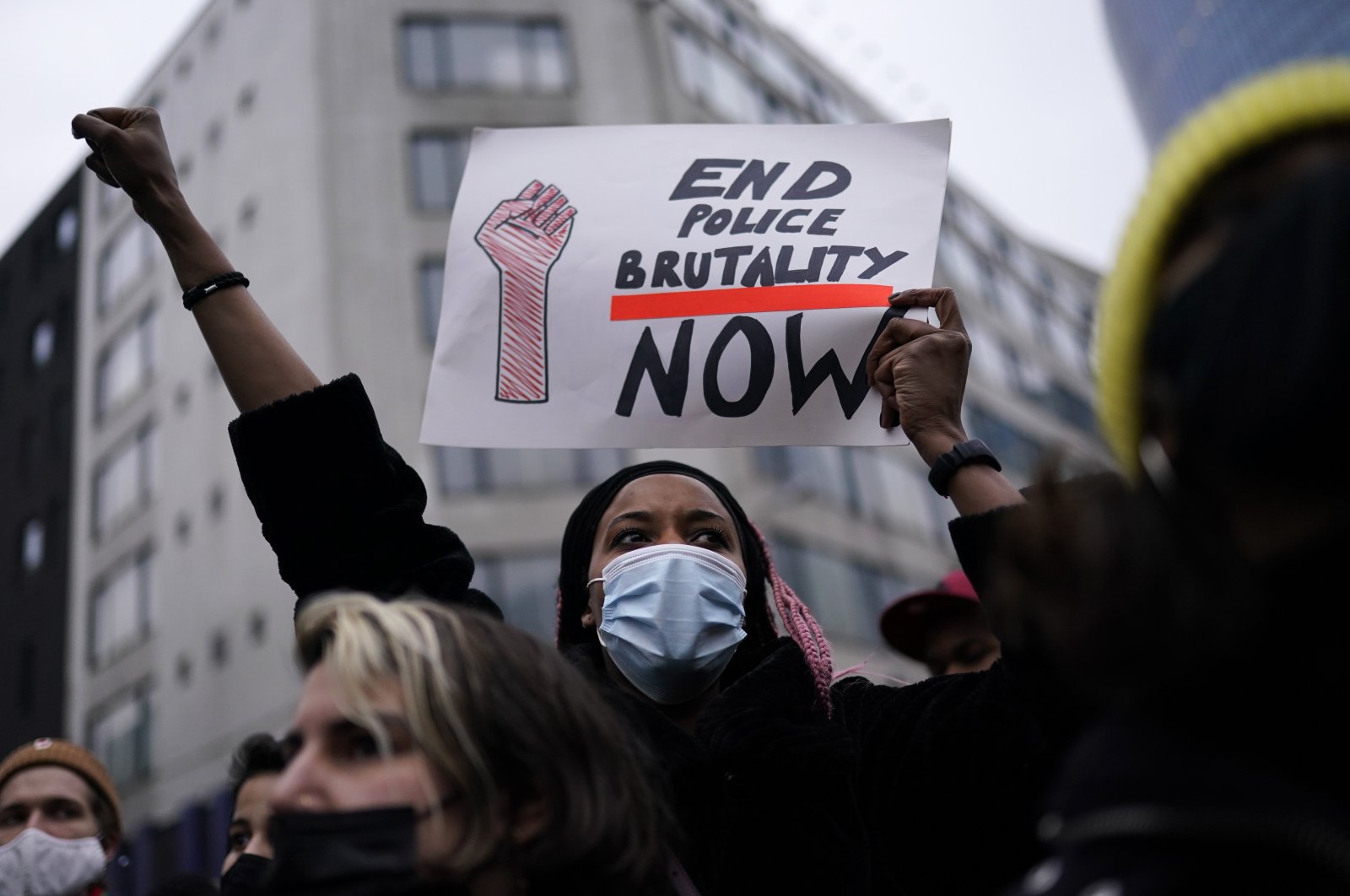 Hundreds of demonstrators gathered Wednesday in Brussels to protest the death of a 23-year-old black man who was arrested by police last week.

Ibrahima Barrie was taken into custody late Saturday for breaking coronavirus rules. He lost consciousness an hour later and died at a hospital.

Officers deployed water cannons to disperse the crowd as some protesters broke the windows of police cars. Several protesters were injured in clashes with police.

Belgian prosecutors have requested the appointment of an investigative judge following Barrie's death.

The prosecutor's office said Barrie was arrested after he allegedly tried to run away from police officers checking a group of people gathered in downtown Brussels despite COVID-19 measures restricting social gatherings.

The prosecutor's office said Belgium's Comite P, an independent body overseeing police services, is investigating and a coroner has been appointed to perform an autopsy as well as toxicology tests.

Belgian media reported that Barrie had started to record the police with his smartphone on Saturday when officers decided to carry out an ID check on him. The prosecutor's office said it has seized video surveillance images, both from the police station and at the scene of the man's arrest.

His family and lawyer met with the chief prosecutor Wednesday morning. The prosecutor's office said they were given guarantees that "all means are and will be implemented to shed light on what happened."

Over 100 people have been arrested following clashes between protesters and police, with stones being thrown and police using water cannons to disperse the crowd. The protests escalated in the evening with a police station reportedly briefly set on fire, windows broken and six police cars damaged, according to media reports.

"Under no circumstances can we accept what happened today in (the Brussels district of) Schaerbeek. Investigations are in full swing. More than 100 people have been arrested. Rioters will not walk free," Belgian Justice Minister Vincent van Quickenborne said late Wednesday on Twitter.

Since George Floyd’s killing by a Minneapolis police officer in the U.S. in May, campaigning by activists against police violence targeting minorities has gained renewed attention and mobilized thousands in protests across the European Union.

Amid a spate of high-profile police killings, police brutality targeting black men is receiving much wider publicity in the continent, including the case of a 24-year-old black man, Adama Traore, who died on his 24th birthday in July 2016 after an arrest carried out by French police.

The relationship between police and marginalized residents of France’s low-income neighborhoods, many of whom are Arab or black and trace their roots to former French colonies, has long been tense. Safety measures intended to curb the spread of COVID-19 further emboldened police but also empowered community activists using apps or online sleuthing to track and challenge what they see as an abuse of police power. According to a nationwide tally by news website Basta Mag, at least 101 police-related deaths are under investigation in France.