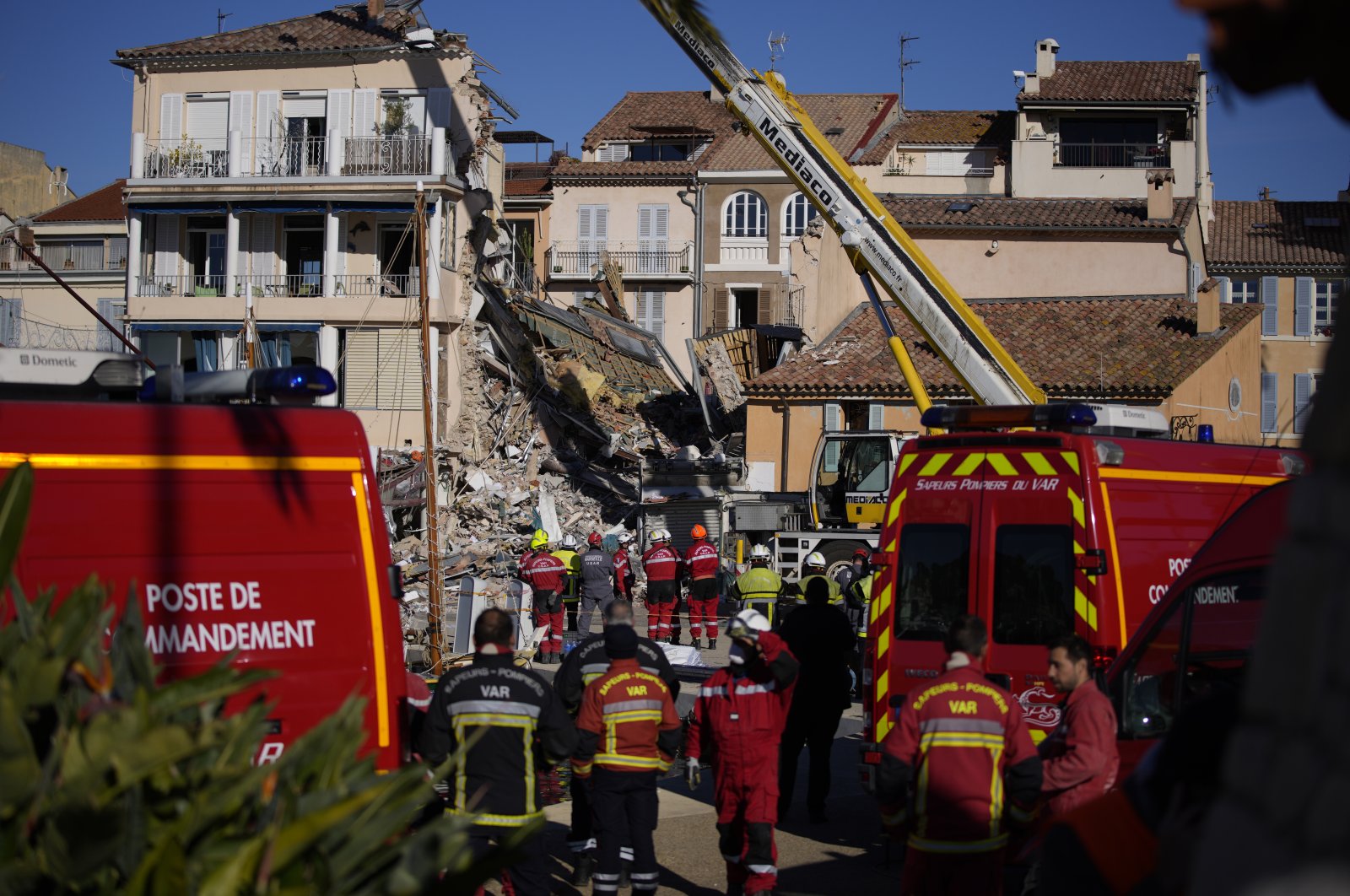 The body of a dead man was removed from the wreckage of collapsed three-story apartment, but his baby and the child's mother were rescued alive on Tuesday, as two other people are missing in a suspected gas explosion on southern France's Mediterranean coast.

The baby, around 10 months old, was located by sniffer dogs and extracted by rescue workers who dug their way through the giant pile of debris, fire department Capt. Aurelia Mannaioni said. The top regional government official said rescue workers were also led to the baby's location by its cries. The baby's father was found dead by its side.

The child was sent to a hospital for treatment of injuries, Mannaioni said. The child's mother also was rescued and was hospitalized in serious condition, she said.

The body of a man in his 30s was found in the rubble, Mannaioni said. He was the father of the rescued child, she said.

Searches were continuing for two other people unaccounted-for in the overnight blast in the coastal town of Sanary-sur-Mer, Mannaioni said.

The cause of the explosion wasn't immediately clear, but regional authorities said first responders noticed a strong smell of gas on arrival at the scene.

"At certain moments, the child started crying." he said. "That allowed for an initial localization, which the dogs confirmed.”

Regional fire department chief Col. Eric Grohin said the father's body was found alongside his child. Firefighters first dug out the mother and then the child, Grohin said.

"We created a sort of gallery,” he said. "We managed to bring out the child, who was conscious.”