Blaze breaks out at asylum seekers' camp in UK 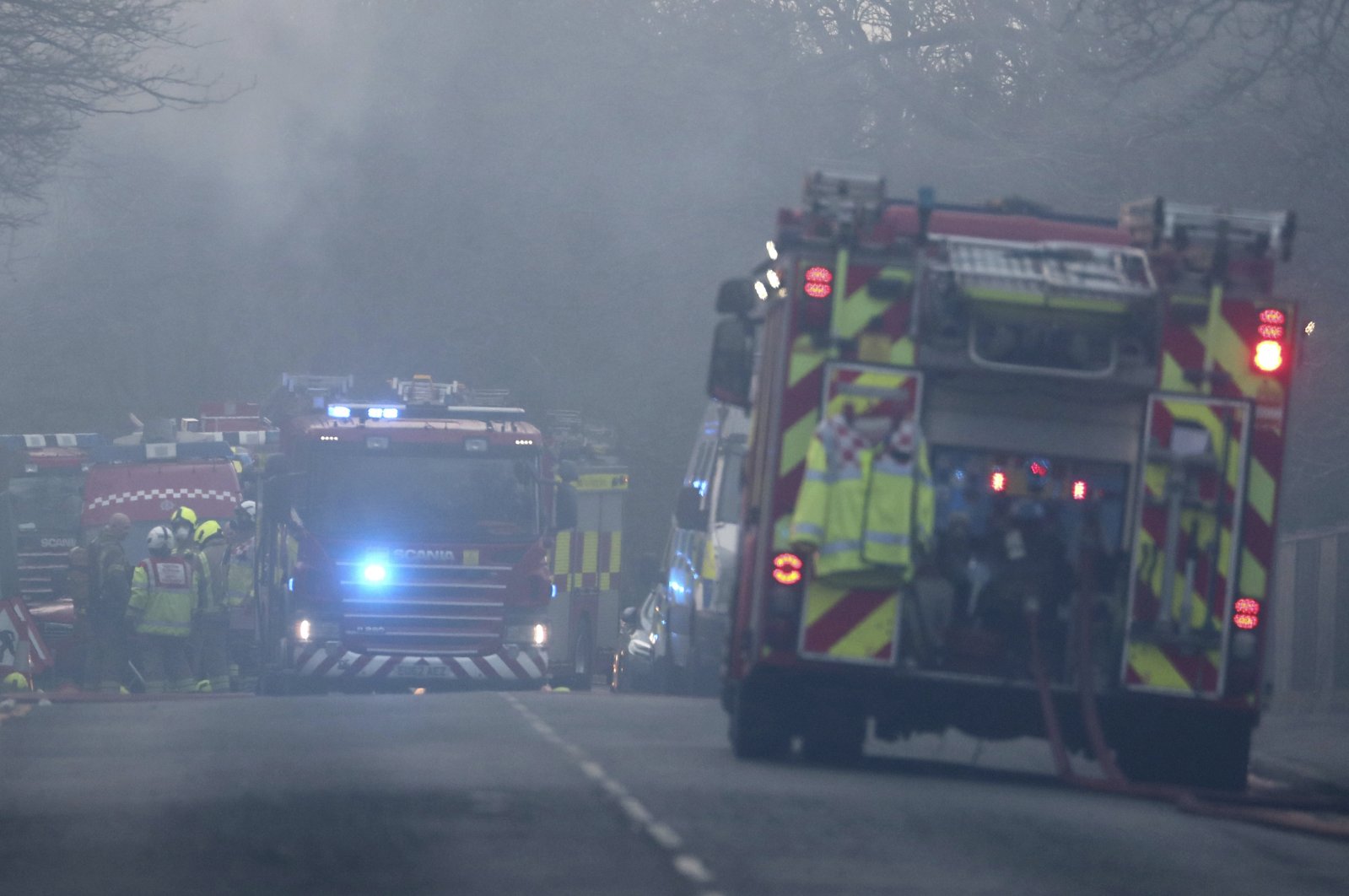 Emergency services responding to a fire that broke out at Napier Barracks where asylum seekers are housed in Folkestone, southern England, Friday Jan. 29, 2021. (Gareth Fuller/PA via AP)
by ASSOCIATED PRESS Jan 29, 2021 10:01 pm
RECOMMENDED

Firefighters on Friday worked to extinguish a blaze at former military barracks being used to house asylum seekers in southeast England. Hundreds were moved outside at the site, which is also experiencing a spike in coronavirus infections among its residents.

Police said there have been no reported injuries and that the investigation over the cause of the fire and whether any offenses were committed is ongoing. Interior Minister Priti Patel said the "damage and destruction” at the barracks was "deeply offensive to the taxpayers of this country.”

Kent Fire and Rescue Service responded to the afternoon incident at the Napier Barracks in the coastal town of Folkestone. The site has been used to house about 400 asylum seekers since September last year, despite concerns over living conditions. The residents have been moved outside.

It is unclear whether they would be able to move back on Friday. A spokesperson for the service also said people living or working nearby should "close their windows and doors as a precaution, due to smoke coming from the incident.”

Migrant charity Care4Calais said it had been "an upsetting afternoon for the residents.” The fire comes after more than 18,000 people signed a petition to shut down the site amid concerns over conditions inside. Concerns escalated this week following reports that around 120 residents tested positive for coronavirus.

Patel dismissed suggestions that conditions were inhospitable. "This site has previously accommodated our brave soldiers and army personnel - it is an insult to say that it is not good enough for these individuals," she said.