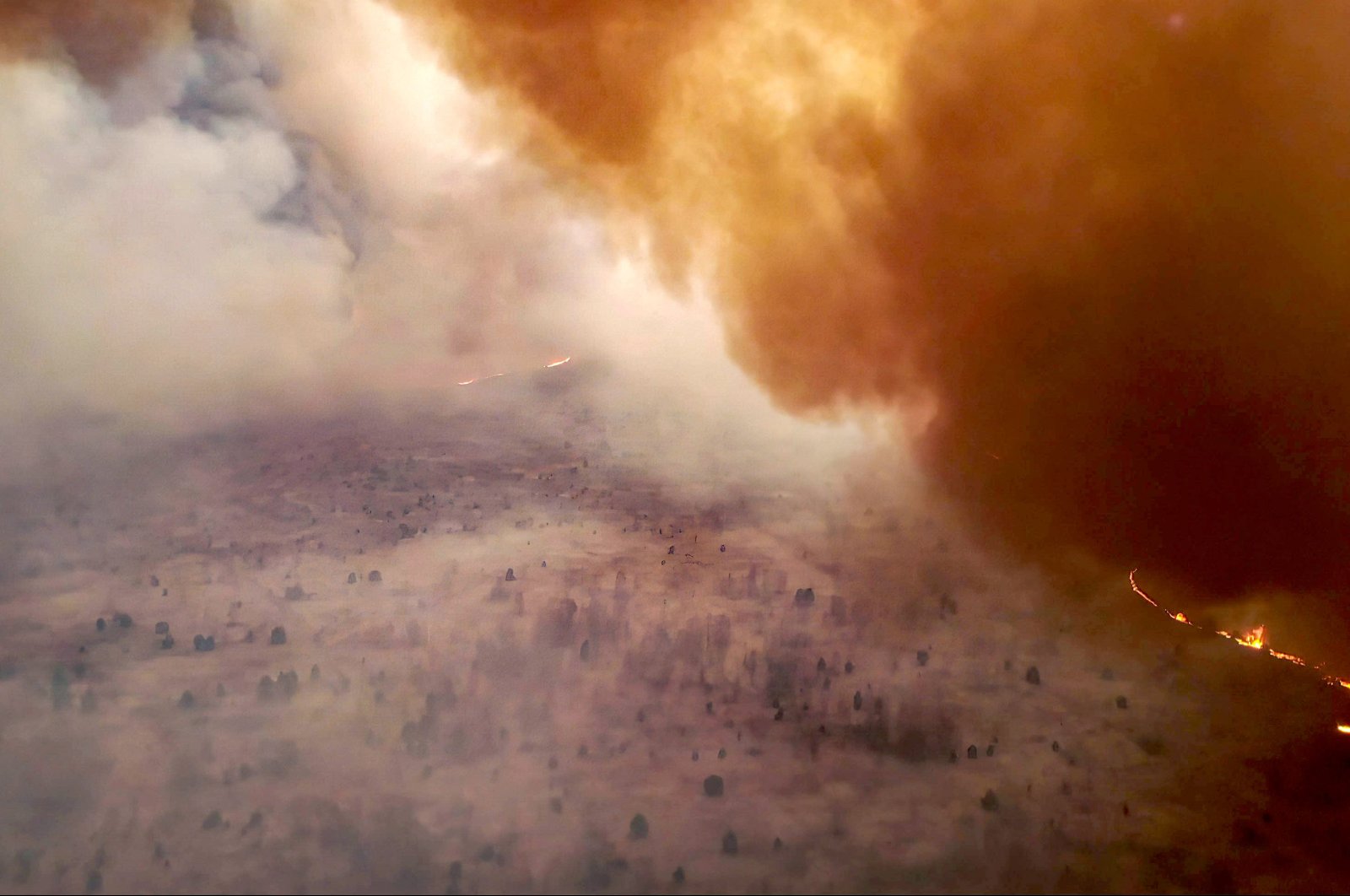 This picture taken on April 10, 2020, shows a forest fire burning at a 30-kilometer (19-mile) Chernobyl exclusion zone in Ukraine, not far from the nuclear power plant. (AFP Photo)
by Daily Sabah with Wires Apr 13, 2020 1:20 pm
RECOMMENDED

The blaze in the Ukrainian restricted Chernobyl nuclear zone has not yet been extinguished in spite of persistent attempts by firefighters to quench the flames that started on April 4.

In the restricted Chernobyl zone and in the area near the Kotovsky forest, from which people were forced to leave following the nuclear disaster in 1986, rescuers have been trying to eliminate the fire for 10 days in a row. Environmental experts have feared that the fires could stir up radioactive ash in the ground, potentially blowing contamination-laden smoke to the capital Kiev.

The large-scale fire in the exclusion zone destroyed old cemeteries, forests, swamps and at least 12 former villages. The day before, the fire crept close to the nuclear power plant.

About 362 firefighters and 89 items of equipment were involved in putting out the fire in the restricted zone. On April 12, three planes and three helicopters of the State Emergency Service carried out 111 water discharges, equal to about 306 tons of water.

On social networks, people shared photos of Ukrainian firefighters who were resting in the open air during breaks in the fight against the fire in the Chernobyl zone and urged others not to burn dry grass.

According to the State Agency of Ukraine on Exclusion Zone Management (SAUEZM), losses from the blaze are estimated at tens of millions of Ukrainian hryvnias (hundreds of thousands of dollars).

The head of the SAUEZM, Ekaterina Pavlova, said that the exact size of the territory destroyed by the fire is still impossible to be established due to the large smoke. But as of April 8, it was estimated at 3,500 hectares.

A senior environmental official, Egor Firsov, said amid the beginning of the fires more than a week ago that radiation in the Chernobyl exclusion zone was detected at 16 times higher than normal background levels.

The cause of the “red forest” fire is suggested to be due to an usual arson. Two suspects were detained by the police so far.

The 1986 reactor meltdown and explosion at the Chernobyl nuclear power plant, about 100 kilometers (62 miles) north of Kyiv, is considered the worst nuclear disaster in history.