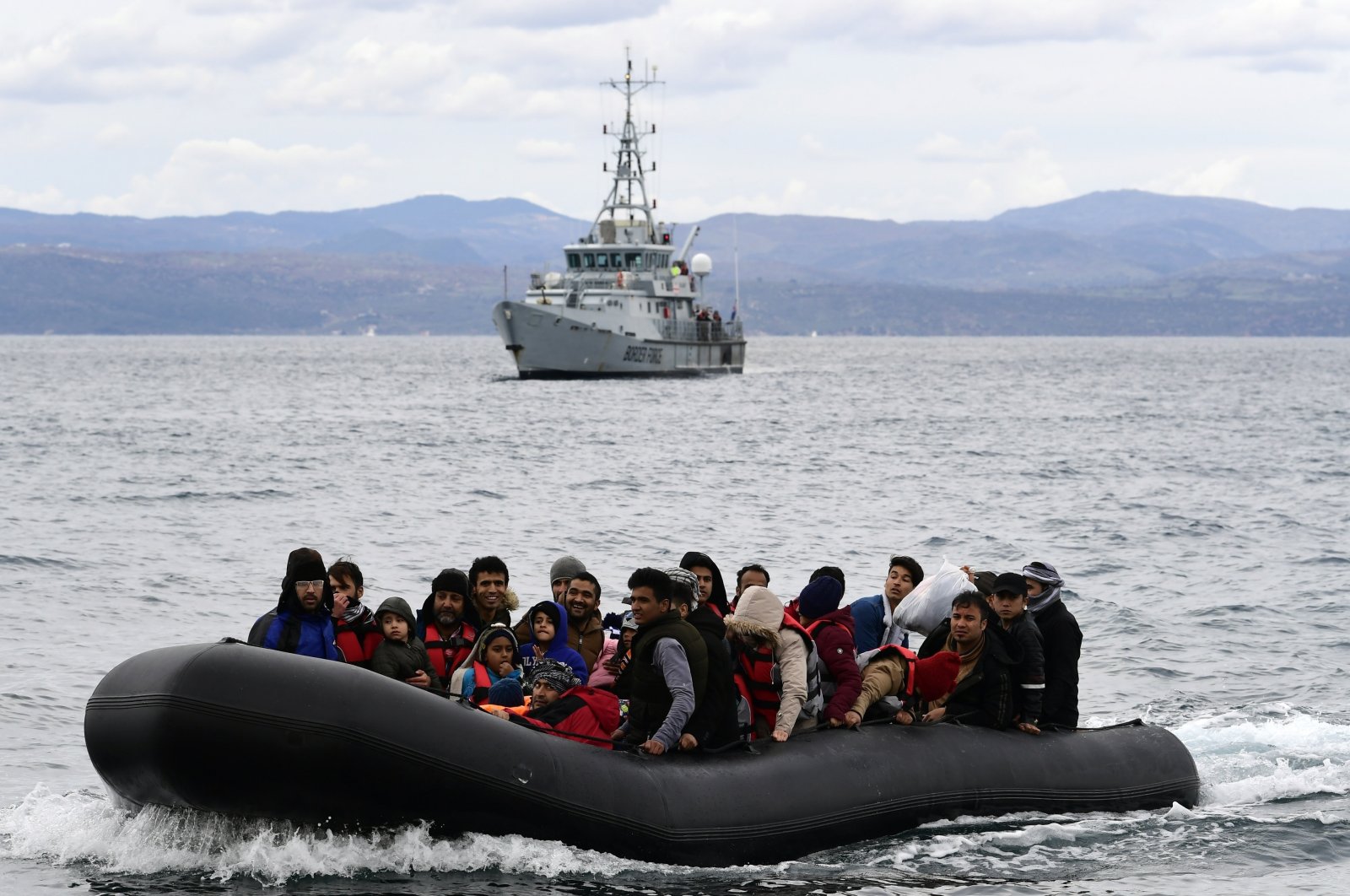 Migrants arrive in a dinghy accompanied by a Frontex vessel at the village of Skala Sikaminias on the island of Lesbos, Greece, Feb. 28, 2020. (AP Photo)
by Agencies Dec 24, 2021 2:34 pm
RECOMMENDED

Coast guard divers searched the hull of a submerged sailboat for passengers possibly trapped inside Friday after the vessel hit rocks off the coast of southern Greece and sank, leading to the deaths of irregular migrants.

The Greek coast guard said 90 people were rescued overnight from a rocky islet some 235 kilometers (145 miles) south of Athens, near the remote island of Antikythera. The bodies of 11 people were recovered by authorities.

"The search and rescue operation continues, as it is still not clear how many were on the boat before it sank," the official told Agence France-Presse (AFP).

Late Friday, the coastguard found 16 more bodies, including those of three women and a baby, and rescued 63 people from a boat that overturned and sank near the island of Paros.

According to those rescued, around 80 people had been on the vessel that was bound for Italy.

On Wednesday, a dinghy carrying migrants capsized off the island of Folegandros, killing at least three people.

Survivors gave conflicting accounts, some telling authorities there were originally 32 people aboard, while others put the number at around 50, a coast guard official told AFP.

The United Nations High Commissioner for Refugees (UNHCR) said the Folegandros accident was the worst in the Aegean Sea this year.

"This shipwreck is a painful reminder that people continue to embark on perilous voyages in search of safety," said Adriano Silvestri, the UNHCR's assistant representative in Greece. "Such tragic deaths are avoidable, including through the establishment of regular and safe pathways that could prevent people from resorting to smugglers," he added, reported Reuters.

The UNHCR estimates that more than 2,500 people have died or gone missing at sea in their attempt to reach Europe from January through November this year.

Nearly 1 million people, mainly Syrian refugees, arrived in the European Union in 2015 after crossing to the Greek islands close to Turkey.