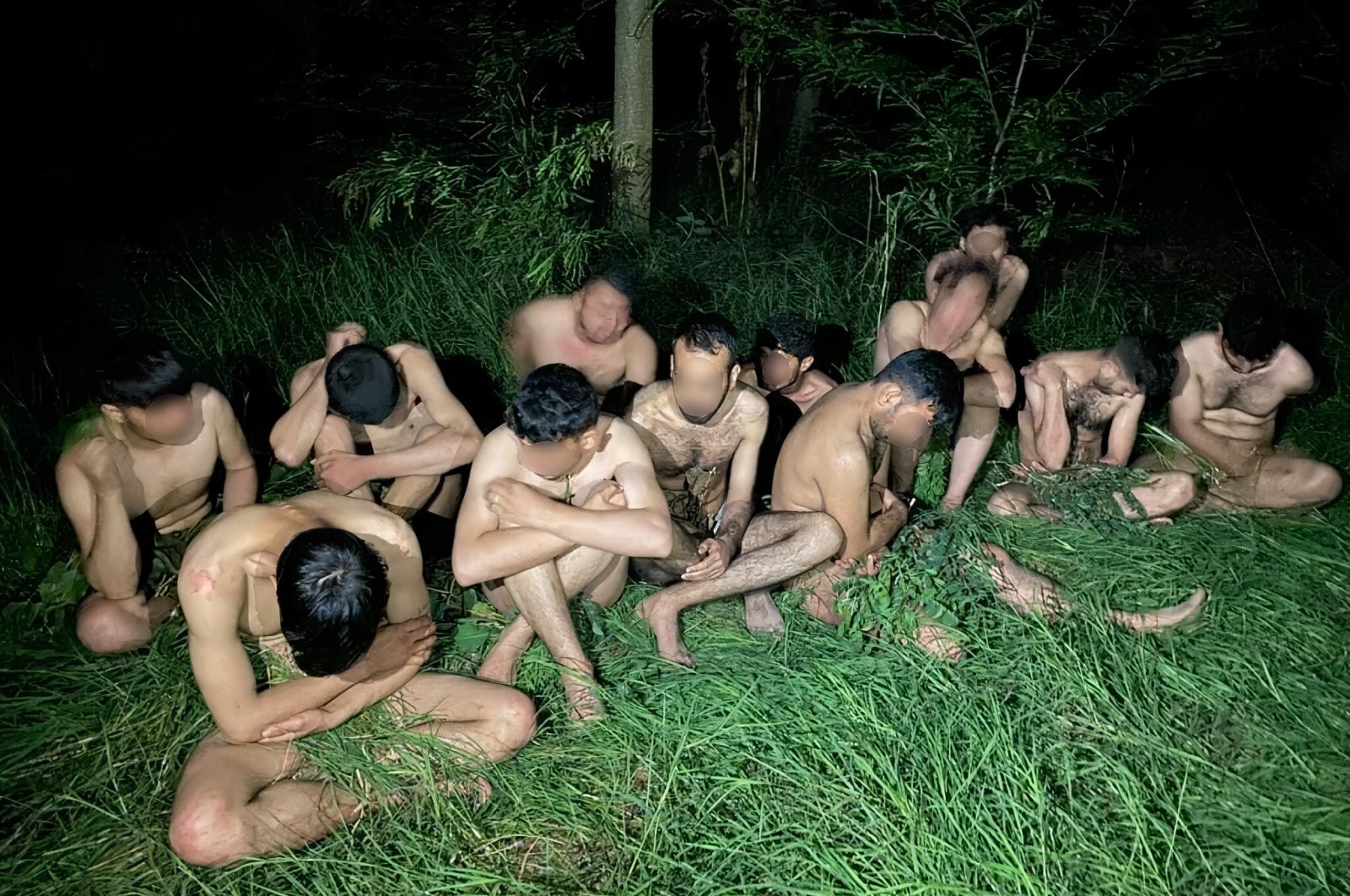 Turkish border guards detained dozens of irregular migrants who were strip-searched and beaten by Greek officials across the border, the Defense Ministry said Tuesday.

The ministry noted that some 42 irregular migrants, including 12 naked individuals, were detained in Edirne province near the Greek border.

The border units allowed the migrants to cross into the Nazımbey Çiftliği area to fulfill their urgent needs.

The migrants told the Turkish border units that the Greek side did not give them food or water, mistreated them, stripped them and forced them to cross into Turkey.

They were transferred to the Edirne Provincial Gendarmerie Command, the ministry said.

Similar news and reports of the ill-treatment of migrants by Greece have been circulating.

The Greek reaction to refugees has been harsh. Several refugees were killed and many battered, attacked and teargassed by Greek forces. Greek forces have even attempted to sink the rubber boats of refugees trying to cross the Aegean.

In recent years, Turkey and Greece have been key transit points for migrants aiming to cross into Europe, fleeing war and persecution to start new lives.