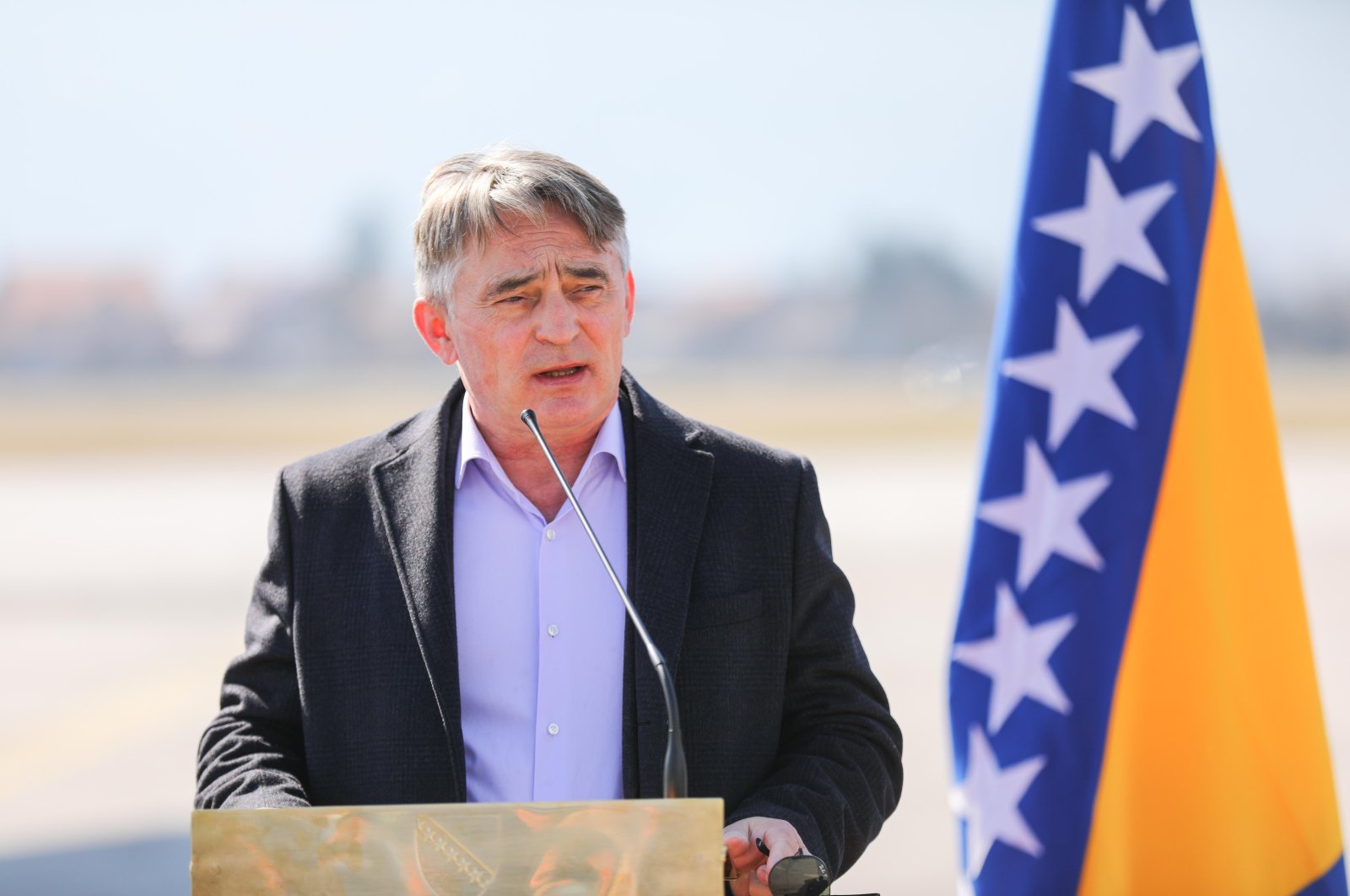 Bosnian officials on Friday denounced a Russian warning that it will take action if the country takes steps toward NATO membership.

The Russian embassy in Sarajevo had said a day earlier that "in case of practical rapprochement" of Bosnia-Herzegovina and NATO, "our country will have to react to this hostile act.”

It was not clear from the statement what action Russia might take against Bosnia, which has long proclaimed membership in the Western military alliance and in the European Union a strategic goal.

Zeljko Komsic, the Croat member in Bosnia-Herzegovina’s tripartite presidency, said that Moscow’s statement represents "a veiled threat” not only against Bosnia-Herzegovina but also against its Western allies, including the United States.

"It’s clearly a geopolitical game which Russia is playing to stop the expansion of NATO in Europe,” Komsic said.

The main Bosniak Party of Democratic Action said that the Russian statement represents "another inappropriate meddling” by Moscow in Bosnia-Herzegovina’s internal affairs.

Bosnia-Herzegovina is part of NATO's Membership Action Plan, an advisory and assistance program designed for countries wishing to join the alliance. Bosnia-Herzegovina, Kosovo and Serbia, a Russian ally, remain the only Western Balkan nations that are not NATO members. Montenegro joined the alliance in 2017 while North Macedonia became a member last year.

Bosnian Serbs, who control about half of Bosnia after a U.S.-sponsored peace deal that ended a bloody war in the 1990s, are closely allied with Russia and remain vehemently opposed to NATO membership.

NATO spokeswoman Oana Lungescu said every country has its own right to decide how to handle its security and what level of cooperation it might want with the 30-nation military alliance.

"No third party has the right to intervene or veto such a process. Any threats in this respect are unacceptable. The time of spheres of influence is over," Lungescu said in a statement.

She said that NATO and Bosnia have "a long-standing and mutually beneficial cooperation. Cooperation with NATO does not prejudge any potential future NATO membership.”