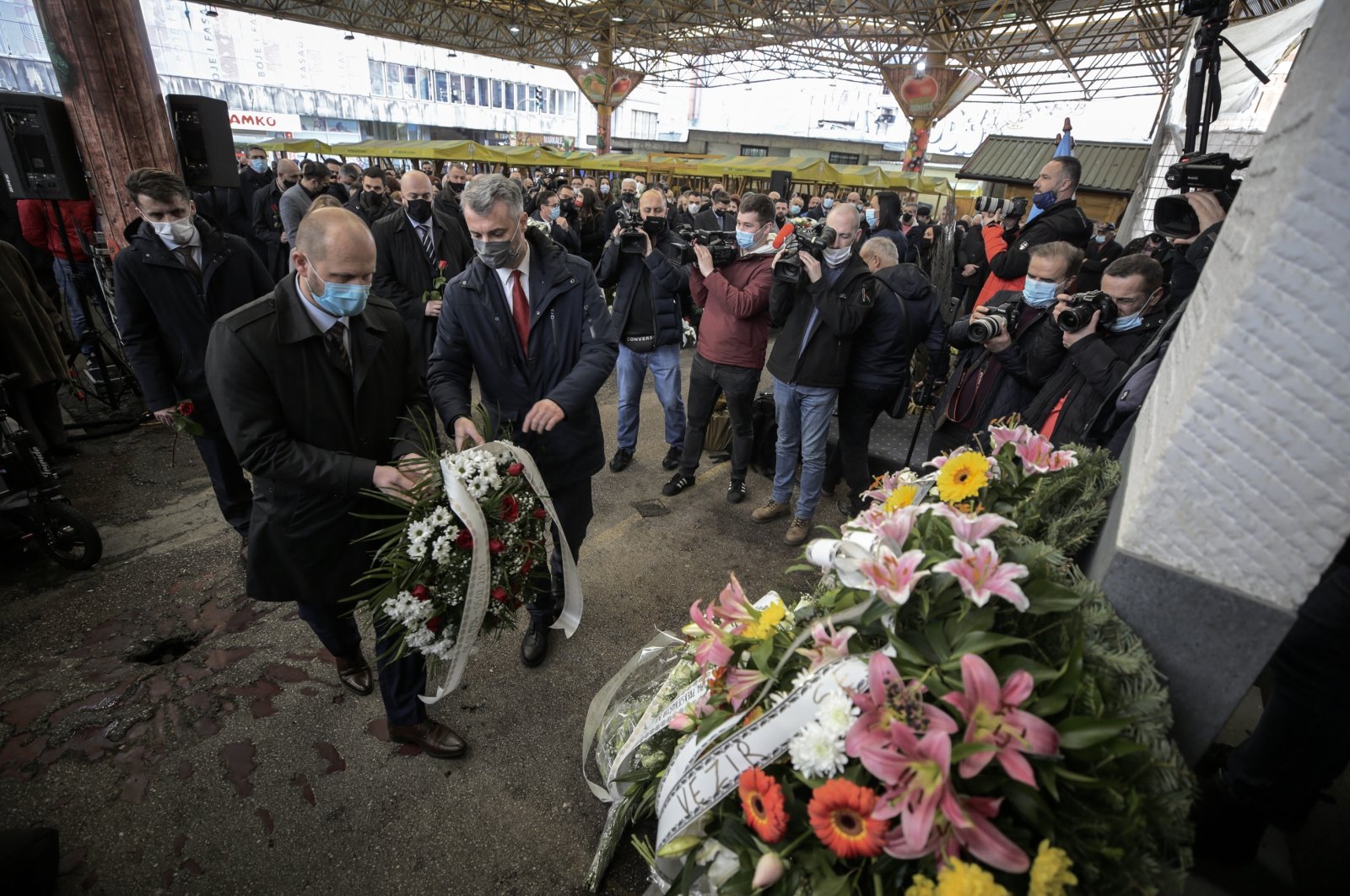 Bosnians gathered Friday to commemorate the 26th anniversary of a massacre that took the lives of 68 people and injured nearly 150.

The 1994 Markale marketplace shelling was one of the biggest atrocities committed during the siege of Sarajevo from April 1992 to December 1995.

The ceremony was also attended by Zeljko Komsic, the Croat chairman of the Council of Presidency of Bosnia and Herzegovina. He pointed out that such events held on the anniversaries of the massacres were an indicator of solidarity and empathy.

"Those killed in the marketplace were innocent civilians. This shows how terrible the tragedy that befalls them. One of the responsibilities of the people of Sarajevo is not to let these victims be forgotten," said Komsic.

Another commemoration program was organized at the National Theater to honor the victims, with limited participation due to COVID-19 measures.

Participants in the program then came to the Markale market place and left flowers at the memorial to the victims.

The shelling is among the crimes former Serbian leader Radovan Karadzic was found guilty of committing during his trial at the International Criminal Tribunal for the former Yugoslavia.

The United Nations' court in The Hague also sentenced former Bosnian Serb commander Ratko Mladic to life in prison for his part in spreading terror among civilians in the capital Sarajevo and other parts of Bosnia in an attempt to clear non-Serbs from certain territories.

He was also found to have had "significant responsibility" for the 1995 genocide of over 8,000 Muslim men and boys in Srebrenica.

For the Markale massacre, the court also sentenced Dragoslav Milosevic, commander of the Sarajevo-Romanija Corps of the Army of Republika Srpska, to 29 years in prison, among other charges.