Boubacar Drame: A black man's quest for justice against police brutality in France 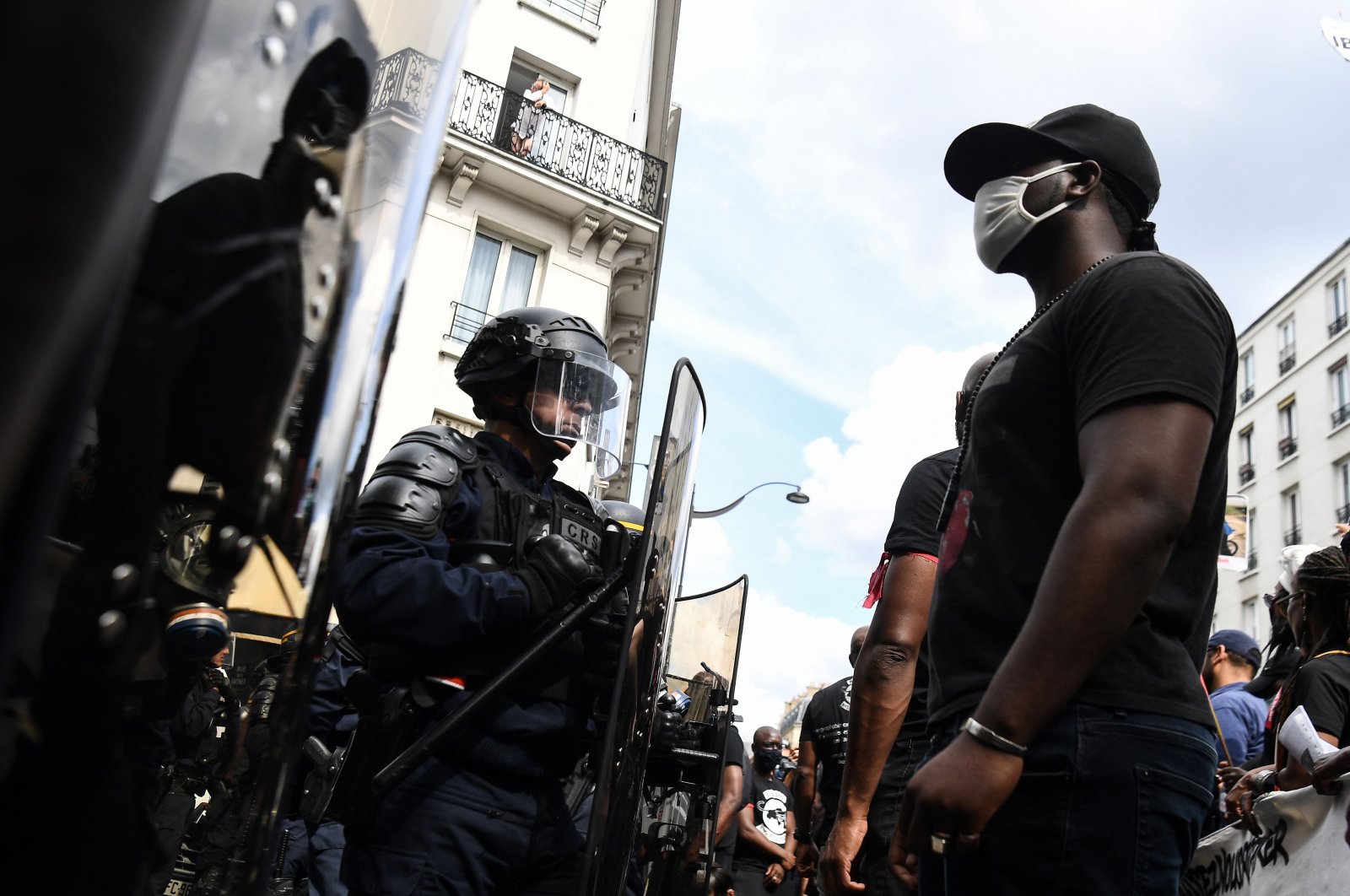 A protester wearing a face mask stands in front of police during a demonstration against racism and police brutality and in memory of Lamine Dieng, a French-Senegalese 25 year-old who died after his arrest in 2007, in Paris, June 20, 2020. (AFP File Photo)
by REUTERS Jun 22, 2020 4:26 pm
RECOMMENDED

Boubacar Drame had been helping a mother find her lost daughter in a working-class Paris suburb before three police officers approached. One spoke a few words, a second took the 31-year-old black man to the ground and kneeled across his throat.

Video footage recorded by bystanders shows the two officers using their body weight to pin down and handcuff Drame, who worked as a community mediator in the local town hall at the time of the June 2019 incident. One squeezed his genitals as they bundled him into a vehicle, he said.

"I was powerless," Drame said, sitting in the park where the girl went missing. "They were crushing me, I couldn't do anything. I found it hard to breathe properly. I can't see what their aim was, other than to hurt me."

The streets of Gennevilliers are far from Minneapolis, but the death in May of George Floyd, who died after three officers used their weight to restrain him, has resonated painfully with Drame, who filed a complaint with prosecutors after his arrest.

Drame spoke to Reuters a year after his detention and at a time when anti-racism protests in France and beyond have turned the U.S. Black Lives Matter movement into a global rallying cry.

In France, rights groups say accusations of police violence, in particular in deprived suburbs where residents are often of immigrant background, remain largely unaddressed. Interior Minister Christophe Castaner earlier this month acknowledged that there were cases of racism in the police.

Drame had no idea why he was being detained, other than he matched the profile of a suspect they were hunting, he says. He was released from a police cell without charge after the mayor and local police chief intervened.

The ordeal left Drame psychologically scarred. A doctor ordered him on sick leave for three months. He is still employed at Gennevilliers town hall but does not work as a mediator, his faith in the values he taught to youngsters badly shaken.

An investigation into the officers' conduct continues, Drame's lawyer said. Paris police said they could not comment on an ongoing investigation.

"I just want to know why they did what they did and find out whether they recognize that on that day they went too far," Drame said.

Once inside the police station, he says the language used by officers left him feeling as if he was the victim of racial discrimination.