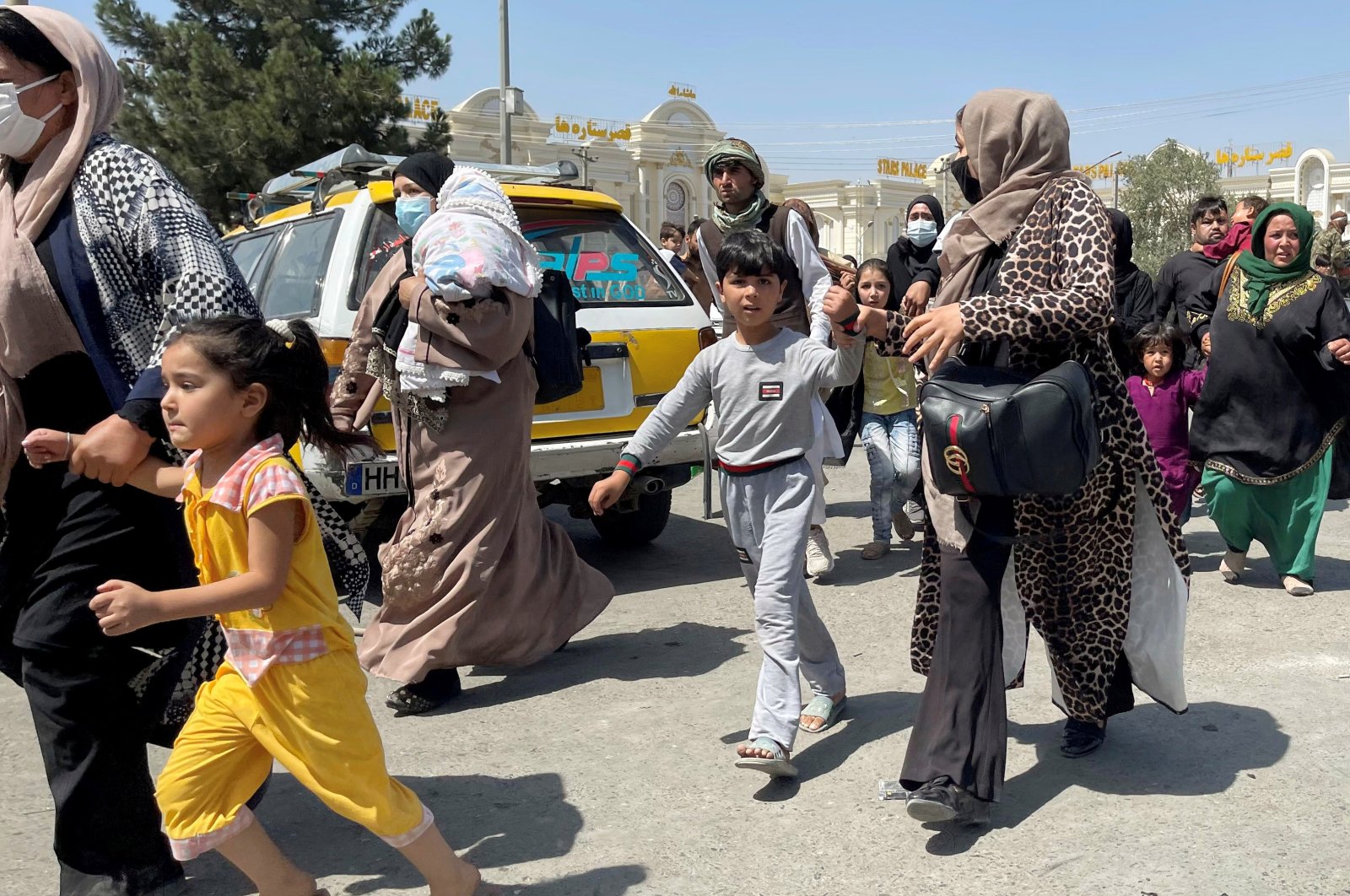 Women with their children try to get inside Kabul Hamid Karzai International Airport, Kabul, Afghanistan Aug. 16, 2021. (Reuters Photo)
by REUTERS Aug 19, 2021 8:28 am
RECOMMENDED

The United Kingdom plans to double its humanitarian and development aid to Afghanistan to 286 million pounds ($393.34 million) this year, Foreign Secretary Dominic Raab said in a tweet.

"We call on others to follow our lead to ensure the most vulnerable Afghans receive the humanitarian assistance they need," Raab said late Wednesday.

A day earlier, Britain had announced plans to welcome up to 5,000 Afghans fleeing the Taliban during the first year of a new resettlement program that will prioritize women, girls and religious and other minorities. The U.K. has also called on other nations to help take in Afghan refugees.

Raab held conversations on the situation in Afghanistan with his counterparts in the United States and India late on Wednesday and added that he was working closely with U.S. Aid Administrator Samantha Power on the humanitarian response to ensure that aid reached the concerned people.

Britain is working with the Taliban in Kabul on a "tactical, practical level" to evacuate citizens and eligible Afghans, Britain's ambassador to Afghanistan said Wednesday, adding that the evacuation program would last days, not weeks.

The U.S.-backed Afghan government collapsed over the weekend in an upheaval that sent thousands of civilians and Afghan military allies fleeing for their safety. Many fear a return to the austere interpretation of Islamic law imposed during the previous Taliban rule that ended 20 years ago.

Foreign ministers of the G-7 group of industrialized countries would discuss the next steps of evacuations from Afghanistan during a virtual meeting Thursday.