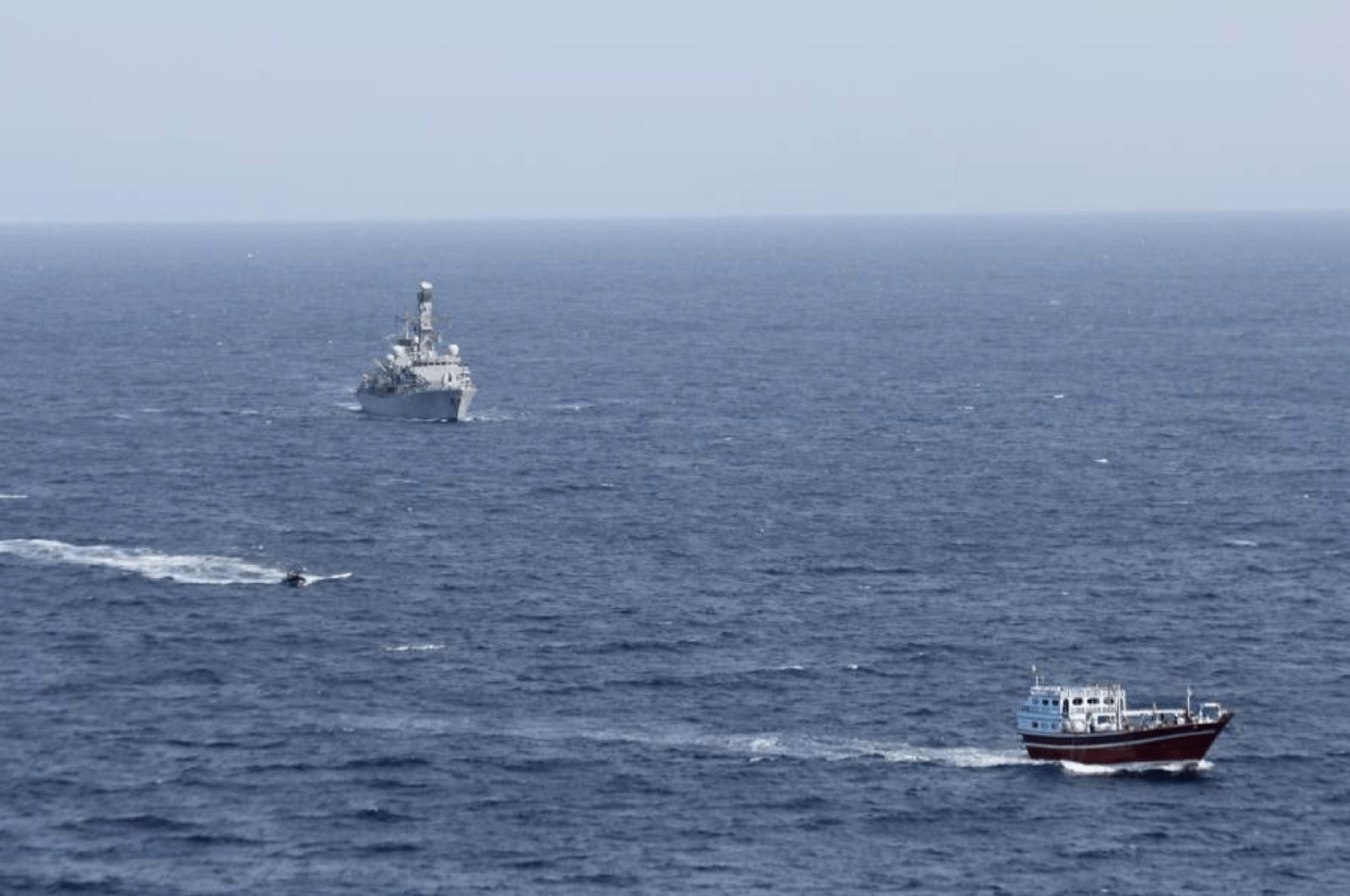 In this photo released by Combined Maritime Forces, a boarding team from a British royal navy vessel, the HMS Montrose, transits toward a stateless dhow, a traditional cargo ship that plies the Persian Gulf and surrounding waters, in the northern Arabian Sea, Oct. 14, 2020. (AP Photo)
by REUTERS Dec 12, 2020 1:34 pm
RECOMMENDED

Four Royal Navy patrol ships will be ready on Jan. 1 to help protect Britain's fishing waters in the event the Brexit transition period ends without a deal on future ties with the European Union, the Ministry of Defence (MOD) said.

There are concerns about possible skirmishes between British and foreign fishing vessels if no trade deal is reached, with existing transitional rules that give EU boats access to British waters set to expire at the end of the year.

"The MOD has conducted extensive planning and preparation to ensure that Defence is ready for a range of scenarios at the end of the transition period," a MOD spokesperson said.

The 80-meter-long (262-foot-long) navy vessels will have the power to stop, check and impound all EU fishing boats operating within Britain's exclusive economic zone (EEZ), which can extend 200 miles (320 kilometers) from shore.

The Guardian newspaper reported earlier that two vessels will be deployed at sea with two on standby in case EU fishing boats enter the EEZ.

Tobias Ellwood, a Conservative Party lawmaker who chairs the U.K. Parliament's defense select committee, was critical of the development.

"Our adversaries must be really enjoying this," he said.

A French minister said on Thursday that France would compensate its fishermen and take other measures to help them if talks on a trade deal collapse, in an effort to avoid clashes at sea.

Britain quit the EU in January but remains an informal member until Dec. 31 – the end of a transition period during which it has remained in the EU single market and customs union.