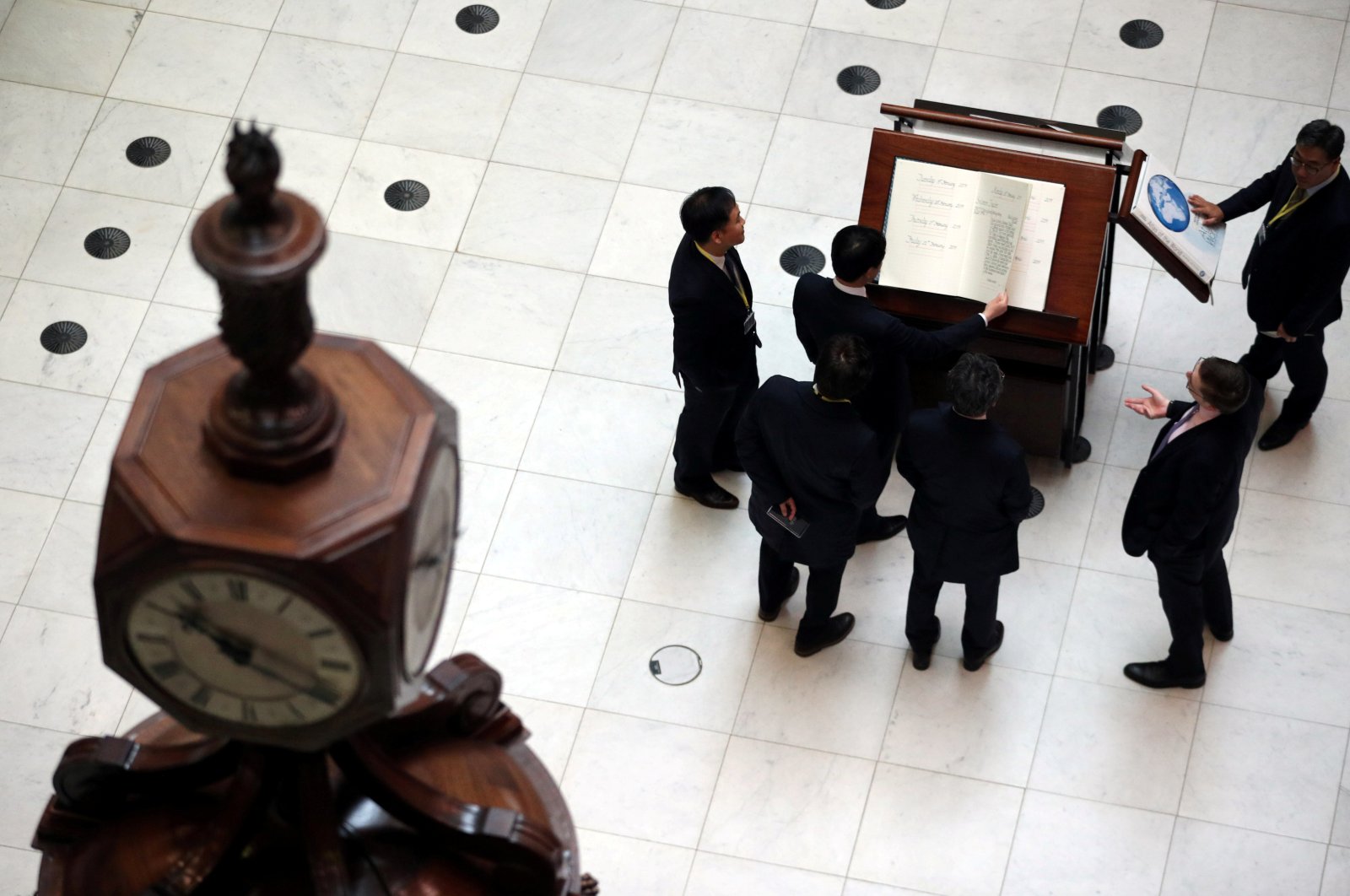 The interior of the Lloyd's of London building is seen in the City of London financial district in London, Britain, April 16, 2019. (Reuters Photo)
by REUTERS Jun 18, 2020 1:15 pm
RECOMMENDED

The Lloyd's of London insurance market has apologized for its "shameful" role in the 18th and 19th Century Atlantic slave trade and has agreed to fund charities and organizations promoting opportunities for black and ethnic minority groups.

About 17 million African men, women and children were torn from their homes and shackled into one of the world's most brutal globalized trades between the 15th and 19th centuries. Many died in merciless conditions.

"We are sorry for the role played by the Lloyd’s market in the 18th and 19th Century slave trade – an appalling and shameful period of English history, as well as our own," Lloyd's said.

"Recent events have shone a spotlight on the inequality that black people have experienced over many years as a result of systematic and structural racism that has existed in many aspects of society and unleashed difficult conversations that were long overdue."

The world's leading commercial insurance market, Lloyd’s – which started life in Edward Lloyd’s coffee house in 1688 – is where complex insurance contracts ranging from catastrophe to event cancellation are agreed and underwritten.

Lloyd's grew to dominate the shipping insurance market, a key element of Europe's global scramble for empire, treasure and slaves, who were generally in the 18th century included in insurance policies in the general rate for ship cargo.

In the biggest deportation in known history, weapons and gunpowder from Europe were swapped for millions of African slaves who were shipped across the Atlantic to the Americas. Ships returned to Europe with sugar, cotton and tobacco.

Those who survived endured a life of subjugation on sugar, tobacco and cotton plantations. Britain abolished the trans-Atlantic slave trade in 1807 although the full abolition of slavery did not follow for another generation.

A sweeping global reassessment of history and racism has been triggered by the May 25 death of George Floyd, a black man who died after a Minneapolis police officer knelt on his neck for nearly nine minutes while detaining him.

An Oxford University college said on Wednesday it wanted to remove from its facade a statue of 19th-century colonialist Cecil Rhodes that has been a target of anti-racism protests.

Greene King, which describes itself as Britain's leading pub owner and brewer, apologized for the profit one of its original founders made from the slave trade.

"It is inexcusable that one of our founders profited from slavery and argued against its abolition in the 1800s," Chief Executive Nick Mackenzie said.

He said the company would make investments to help the black, Asian and minority ethnic (BAME) community and to support racial diversity in its business.