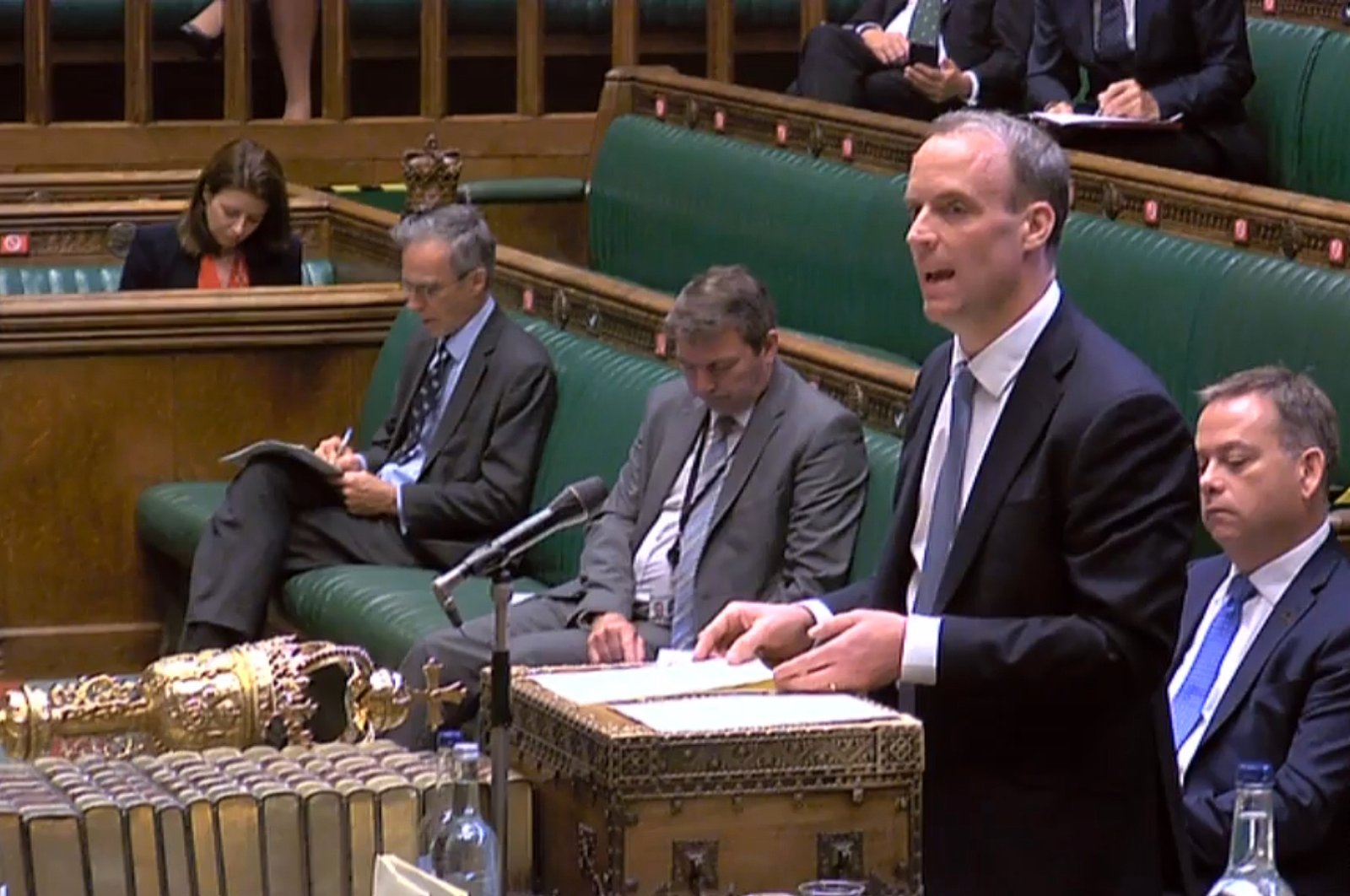 The British government on Monday suspended its extradition treaty with Hong Kong in the wake of China imposing a controversial and sweeping security law on the semi-autonomous region.

Foreign Secretary Dominic Raab told Parliament "we have agreed to suspend the extradition treaty immediately and indefinitely," describing the move as "a reasonable and proportionate response to China's failure to live up to those international obligations with respect to Hong Kong."

The move follows Canada and Australia already scrapping their extradition treaties with Hong Kong, with the U.S. set to do the same in the coming days.

The U.K. government has already offered around 3 million Hong Kongers a path to British citizenship in response to the new security law.

Speaking earlier in the day, Prime Minister Boris Johnson said, "There is a balance here."

"I'm not going to be pushed into a position of becoming a knee-jerk sinophobe on every issue, somebody who is automatically anti-China," he explained.

"But we do have serious concerns. We have concerns about the treatment of the Uighur minority obviously, about the human rights abuses," Johnson said.

He added: "China is a giant factor of geopolitics, it's going to be a giant factor in our lives and in the lives of our children and grandchildren. You have got to have a calibrated response and we are going to be tough on some things but also going to continue to engage."

U.K.-China relations are under increasing strain from issues including the coronavirus pandemic, widespread abuses against the Uighur community, the treatment of Hong Kong, and the U.K. excluding tech giant Huawei from its 5G infrastructure.

Hong Kong has been part of China since 1997, when the U.K. handed over the former colony to Beijing.

The semi-autonomous region witnessed large protests last year against a move to legalize the extradition of accused people to mainland China.