British government under fire over exam grades by algorithm 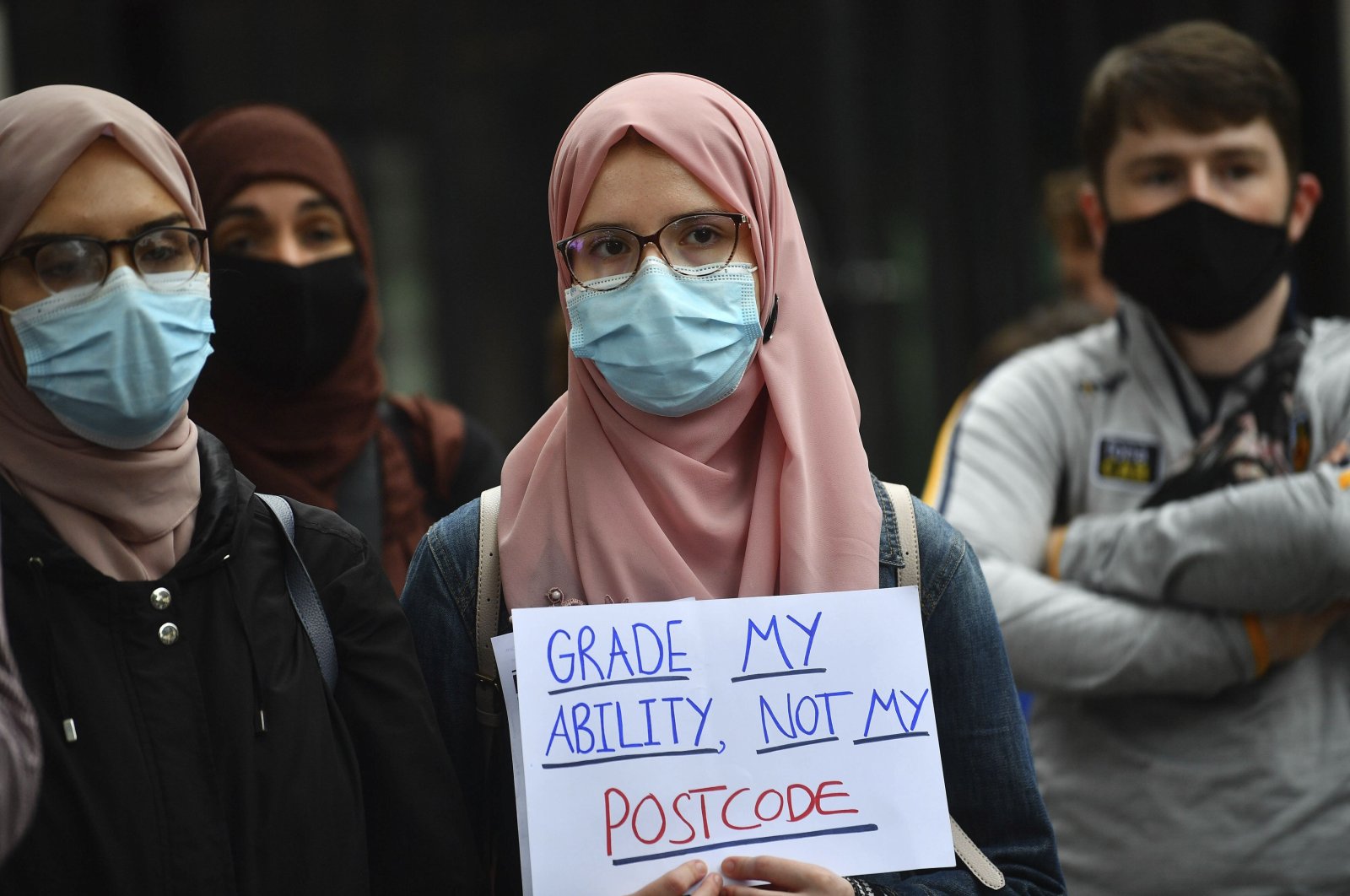 The British government faced the threat of legal action and criticism from its own lawmakers Sunday after it sparked anger by mishandling English exam grades during the pandemic.

After a nationwide lockdown forced exams to be canceled, the government used an algorithm to assess grade predictions made by teachers, and lowered those grades for almost 40% of students taking their main school-leaving exams.

That process led many students to lose places at top universities.

To compound the issue, results show that grades were less likely to be lowered for students who attended fee-paying private schools, while bright students at traditionally poorly performing schools could have results downgraded.

On Saturday night, the exams regulator published guidance on an appeals process, only to withdraw it hours later because it needed further review.

Barrister Jo Maugham said his Good Law Project had appointed solicitors to pursue litigation on behalf of students and urged the government to launch a suitable appeals system in time for students to go to college in September.

Robert Halfon, chairman of the cross-party education select committee in Parliament and a lawmaker in Prime Minister Boris Johnson's ruling Conservative Party, described the removal of the appeals guidance as farcical.

"It sows confusion among pupils, head teachers and school teachers and it's the last thing we need at this time," he told the BBC.

Johnson's government has been criticized for its handling of the pandemic, with the country recording the highest death toll in Europe and the most severe economic contraction of any major economy so far.

Having won an electoral landslide in December with a pledge to "level up" struggling parts of the country, Johnson's Conservatives have retained a solid lead over the opposition Labour Party in opinion polls despite the problems.

That could change however over issues, including hastily introduced quarantines that have forced the cancellation of holidays and the looming end of a successful job support scheme, as well as the chaos surrounding exam results.

Labour leader Keir Starmer said the prime minister needed to take charge and fix the problem before results were released on Thursday for exams taken by 16-year-olds.

The government has said pupils will not have to pay to appeal grades and most students will have received the correct results. Exams regulator Ofqual said some of the predicted grades given by teachers were "implausibly high."

While France published the methodology for how it would award grades months in advance of results day, Britain announced changes to its process the day before results were released.