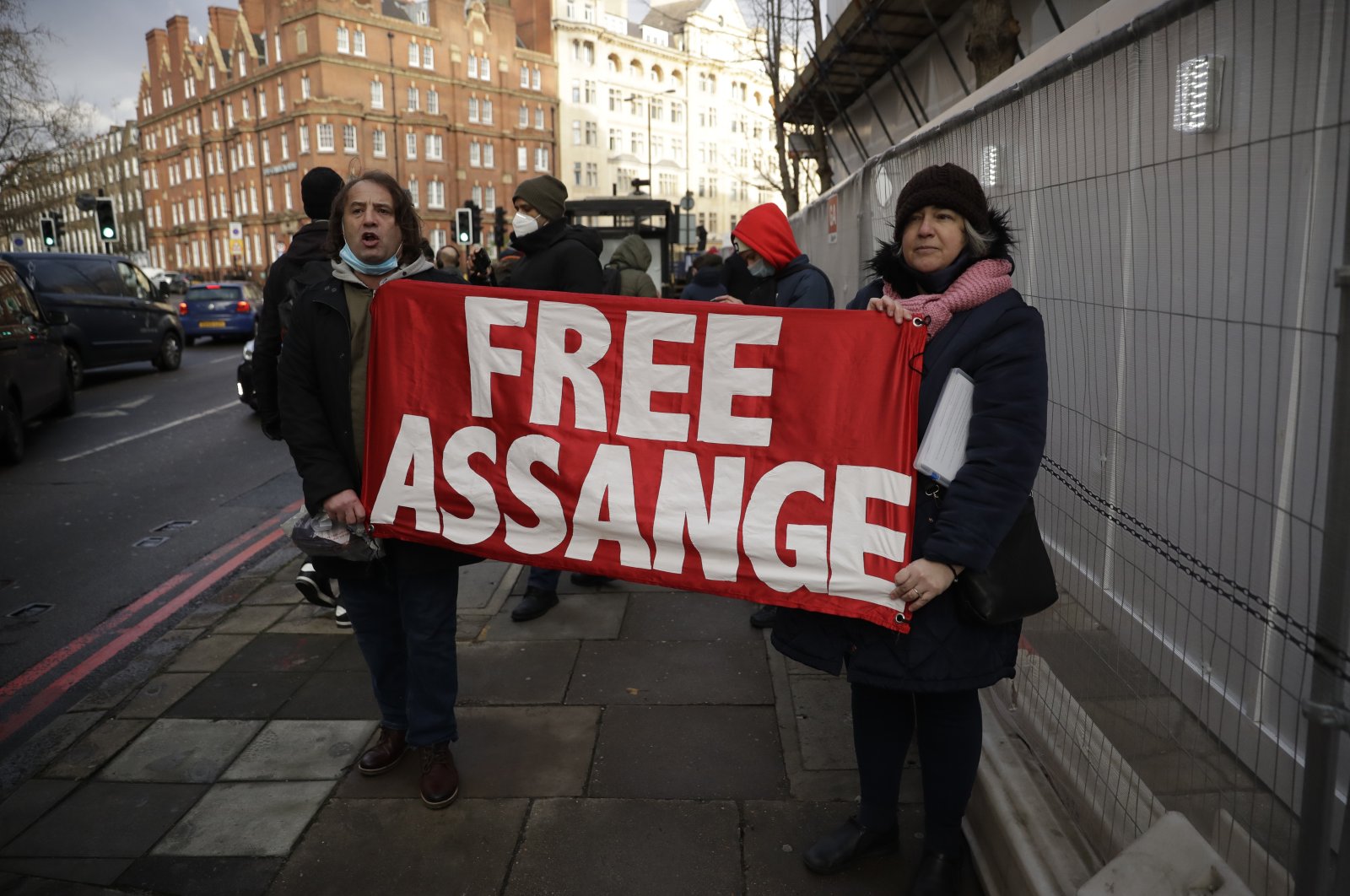 Julian Assange supporters react outside the Westminster Magistrates Court after Julian Assange was denied bail at a hearing in the court in London, Jan. 6, 2021. (AP Photo)
by German Press Agency - DPA Jan 06, 2021 3:20 pm

A British judge has denied WikiLeaks founder Julian Assange bail as he challenges a U.S. extradition request in the courts.

The ruling means he will remain in Belmarsh Prison in southeast London.

Judge Vanessa Baraitser said she felt the Wikileaks founder could try to flee if he was granted bail.

Two days ago the same judge ruled that the 49-year-old Australian should not be extradited to the U.S. to face charges of espionage due to concerns for his health.

Lawyers for the U.S. confirmed during Wednesday's hearing that they had lodged an appeal.