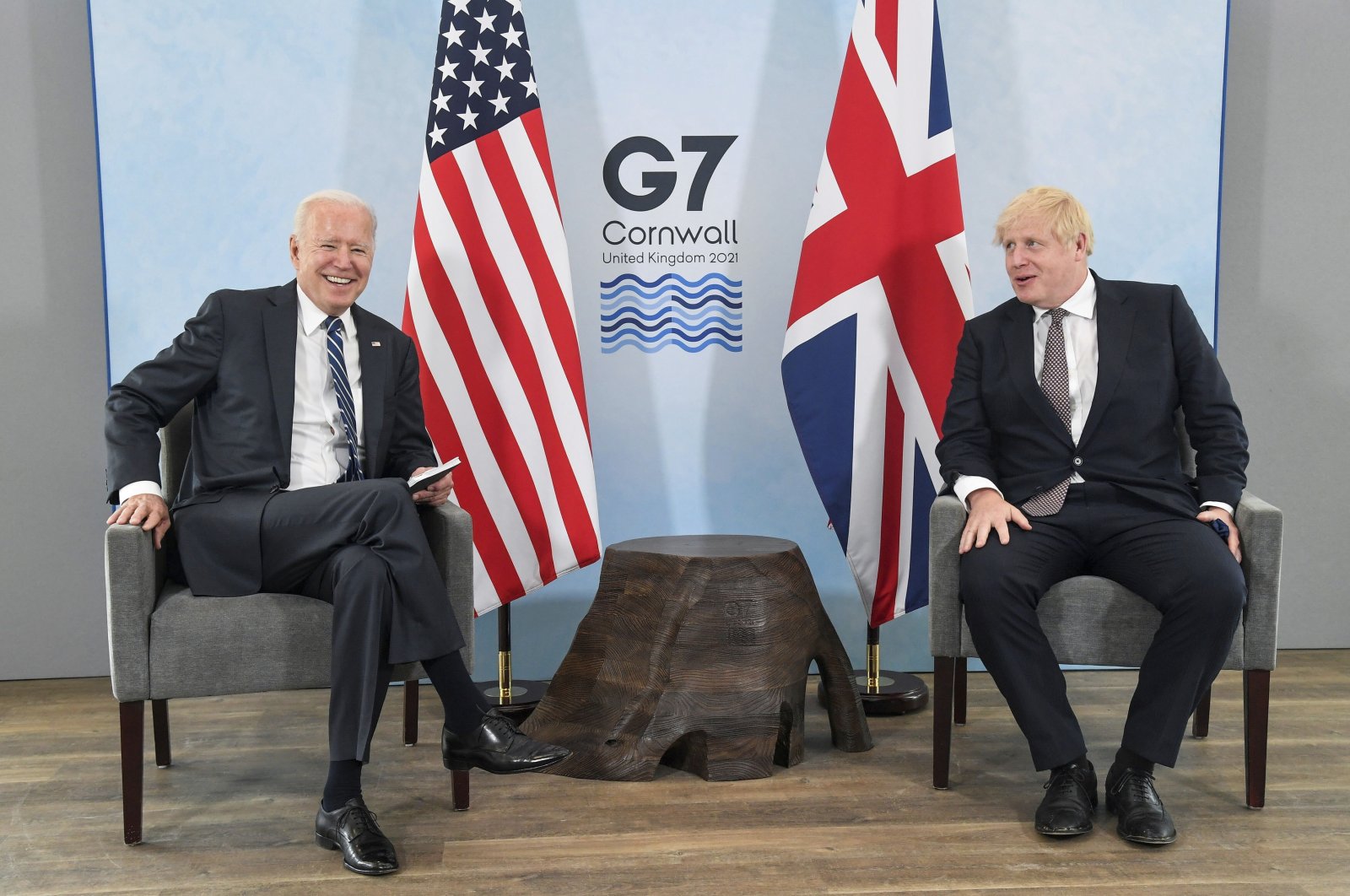 Johnson said "everybody was absolutely thrilled" to see Biden in the seaside resort in southwest England while Biden congratulated the prime minister on his recent marriage, quipping: "We both married above our station."

At their first meeting in the seaside resort of Carbis Bay, the two leaders inspected documents related to the Atlantic Charter, a declaration signed by British Prime Minister Winston Churchill and U.S. President Franklin D. Roosevelt in August 1941 setting out common goals for the world after World War II. Those goals included freer trade, disarmament and the right to self-determination for all. Johnson noted that the charter laid the foundation for the United Nations and NATO.

At their meeting, the two leaders plan to sign what they’re calling a new Atlantic Charter, pledging to "defend the principles, values, and institutions of democracy and open societies.” The original charter is often cited as a cornerstone of the trans-Atlantic "special relationship.”

Johnson's predecessor, Theresa May, gave a copy of the charter to Donald Trump in 2019 as part of efforts to charm the volatile then-president. It had little success.