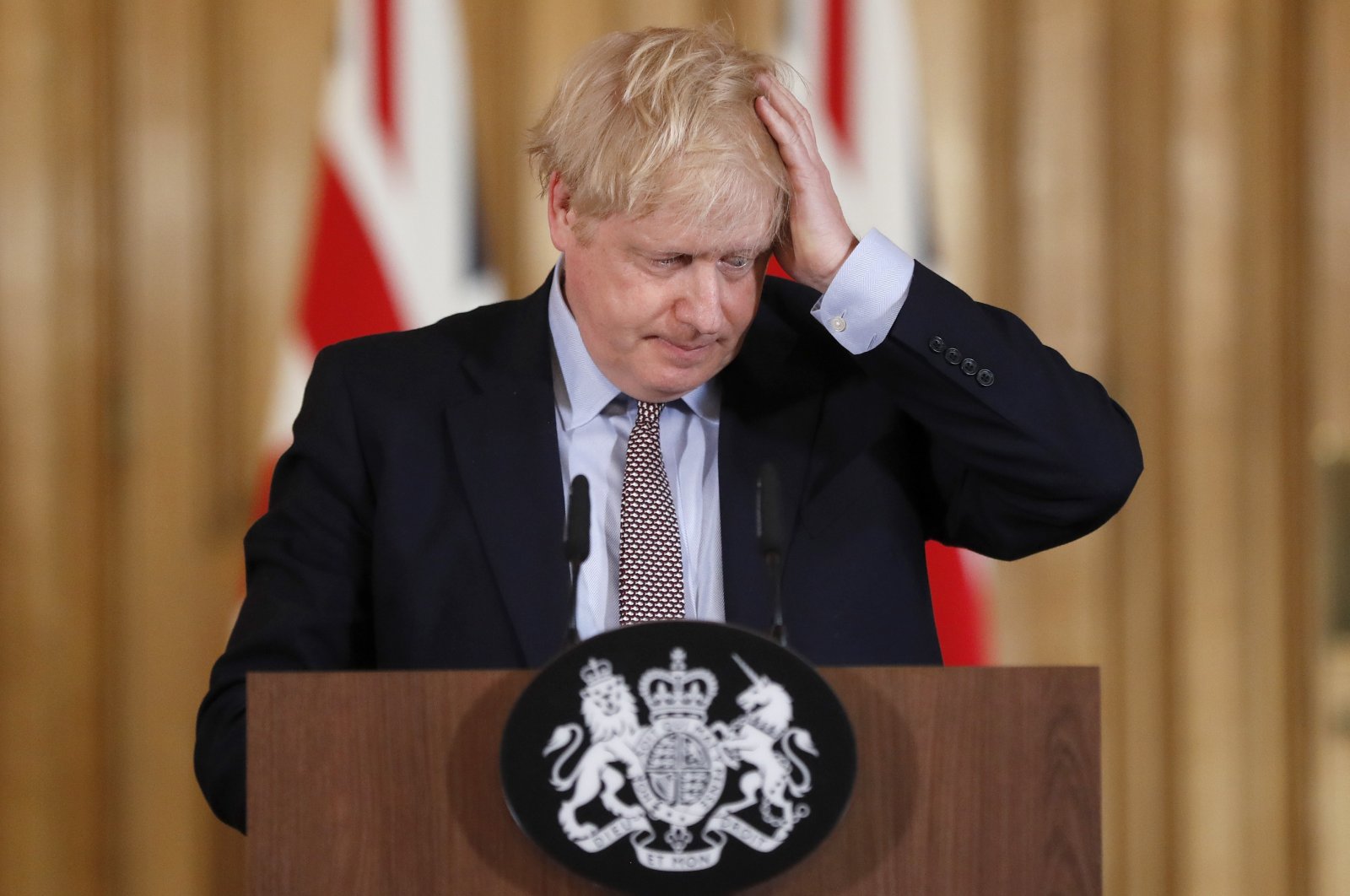 The crisis facing Britain this winter is depressingly familiar: Stay-at-home orders and empty streets. Hospitals overflowing. A daily toll of many hundreds of coronavirus deaths.

The United Kingdom is the epicenter of Europe’s COVID-19 outbreak once more, and Prime Minister Boris Johnson’s Conservative government is facing questions, and anger, as people demand to know how the country has ended up here – again.

Many countries are enduring new waves of the virus, but Britain’s is among the worst, and it comes after a horrendous 2020. More than 3 million people in the U.K. have tested positive for the coronavirus and 81,000 have died – 30,000 in just the last 30 days.

The economy has shrunk by 8%, more than 800,000 jobs have been lost and hundreds of thousands more furloughed workers are in limbo. Even with the new lockdown, London Mayor Sadiq Khan said Friday that the situation in the capital was "critical," with one in every 30 people infected.

"The stark reality is that we will run out of beds for patients in the next couple of weeks unless the spread of the virus slows down drastically," he said.

Medical staff are also at their breaking point. "Whereas before, everyone went into a mode of, ‘We just need to get through this,’ (now) everybody is like, ‘Here we go again – can I get through this?’” said Lindsey Izard, a senior intensive care nurse at St. George’s Hospital in London. "That’s really, really hard for our staff."

Much of the blame for Britain’s poor performance has been laid at the door of Johnson, who came down with the virus in the spring and ended up in intensive care. Critics say his government’s slow response as the new respiratory virus emerged from China was the first in a string of lethal mistakes.

Anthony Costello, professor of global health at University College London, said "dilly-dallying" in March about whether to lock down the U.K. cost thousands of lives. Britain locked down on March 23, and Costello said if the decision had come a week or two sooner, "we would be back down at 30,000-40,000 deaths.... More like Germany."

Most countries have struggled during the pandemic, but Britain had some disadvantages from the start. Its public health system was frayed after years of spending cuts by austerity-minded Conservative governments. It had only a tiny capacity to test for the new virus. And while authorities had planned for a hypothetical pandemic, they assumed it would be a less deadly and less contagious flu-like illness.

The government sought advice from scientists, but critics say its pool of advisers was too narrow. And their recommendations were not always heeded by a prime minister whose laissez-faire instincts make him reluctant to clamp down on the economy and daily life. Johnson has defended his record, saying it’s easy to find fault when looking back.

"The retro-spectroscope is a magnificent instrument," Johnson said in a BBC interview last week. "Scientific advisors have said all sorts of different things at different times," he added. "They’re by no mean unanimous."

A future public inquiry will likely pore over the failings in Britain’s coronavirus response, but the inquisition has already begun.

Parliament’s Science and Technology Committee said in a report published Friday that the government was not transparent enough about the scientific advice it received, failed to learn from other countries and responded too slowly when "the pandemic has demanded that policy be made and adapted on a faster timescale."

The government points out, correctly, that there has been huge progress since last spring. Early problems getting protective equipment to medical workers have largely been resolved. Britain now carries out almost half a million coronavirus tests a day.

A national test-and-trace system has been set up to find and isolate infected people, though it struggles to cope with demand and can’t enforce requests to self-isolate.

Treatments including the steroid dexamethasone, whose effectiveness was discovered during a U.K. trial, have improved survival rates among the most seriously ill. And now there are vaccines, three of which have been approved for use in Britain.

The government has vowed to give the first of two shots to almost 15 million people, including everyone over 70, by mid-February. But critics say the government has continued to repeat its mistakes, adapting too slowly to a changing situation.

As infection rates fell in the summer, the government encouraged people to return to restaurants and workplaces to help revive the economy. When the virus began to surge again in September, Johnson rejected advice from his scientific advisers to lock the country down, before eventually announcing a month-long second national lockdown on Oct. 31.

Hopes that the move would be enough to curb the spread of the virus were dashed in December when scientists warned that a new variant was up to 70% more transmissible than the original strain. Johnson tightened restrictions for London and the southeast, but the government’s scientific advisory committee warned on Dec. 22 that would not be enough. Johnson did not announce a third national lockdown for England until almost two weeks later, on Jan. 4. Scotland, Wales and Northern Ireland make their own public health policies and have similar restrictions in place.

"Why is this prime minister, with all the scientific expertise at his disposal, all the power to make a difference, always the last to grasp what needs to happen?" said Jonathan Ashworth, health spokesman for the opposition Labour Party. "The prime minister hasn’t been short of data, he has been short of judgment."

Costello said Johnson should not bear all the blame. He said a sense of "exceptionalism" had led many British officials to watch scenes from Wuhan, China, early in 2020 and think "that’s all happening over in Asia and it’s not going to come here. We were found wanting," he said. "And I think that’s a wakeup call."

John Bell, Regius professor of medicine at the University of Oxford, said people should be more forgiving of official missteps. "It’s very easy to be critical about how we’ve done, but you do have to remember that there’s nobody who’s really managed a pandemic like this, who’s ever done it before," he told the BBC.

"We’re all trying to make decisions on the run, and some of those decisions will inevitably be the wrong decisions. Everybody should be doing their best, and I think on the whole people are – including, I have to say, the politicians. So don’t beat them up too badly."

The country's Health Secretary Matt Hancock said on Sunday that Britain has now given around 2 million people a COVID-19 vaccination ahead of a ramp-up in the roll-out of the shots on Monday.

"Over the last week we've vaccinated more people than in the entirety of December, so we're accelerating the roll-out," he told BBC TV, according to Reuters.

Asked how many people had been vaccinated, Hancock said: "It's around the 2 million mark, but we're going to publish the exact figures tomorrow and then henceforth on a daily basis."