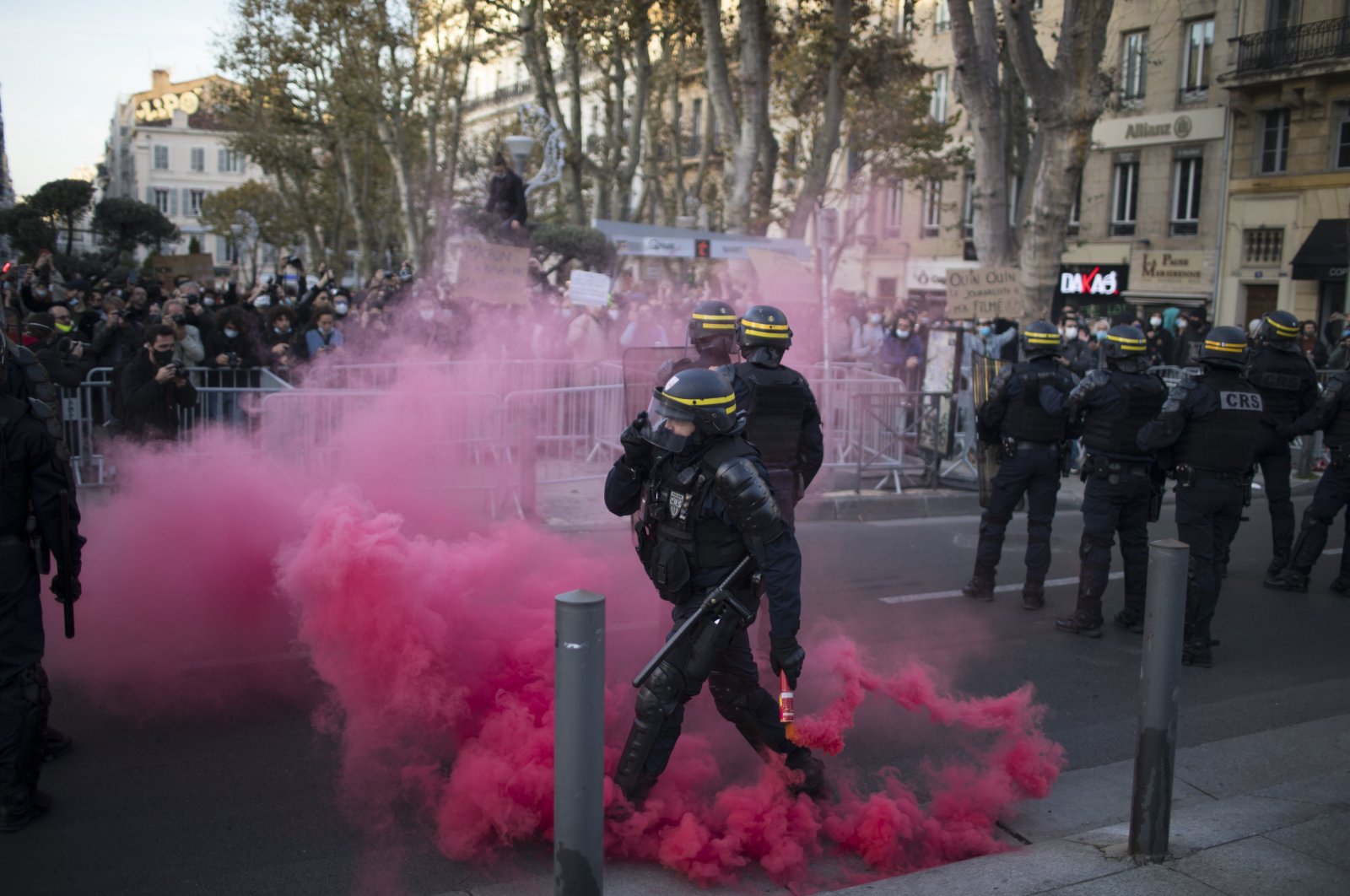 The European Commission on Monday responded to a question about France's draft security law by warning that news media must be able to "work freely."

French journalists and press freedom advocates have protested against the planned law, which would limit the right to film or photograph on-duty police officers. Prominent human rights organizations alongside activists have raised concerns over a so-called “global security” law, saying civil liberties and press freedom could ultimately be compromised.

"The commission does not comment on draft laws, but it goes without saying that in a period of crisis it is more important than ever that journalists must be able to do their jobs freely and in complete safety," European Union spokesperson Christian Wigand told Agence France-Presse (AFP).

"As is always the case, the commission reserves the right to examine the final legislation in order to verify that it conforms to EU law," he added.

The bill passed its first reading on Friday, and there will be a second reading on Tuesday. It then goes to the Senate for further debate before it can be enacted.

On Friday, the French parliament approved an amended security law that was introduced by deputies from President Emmanuel Macron's ruling La Republique En Marche (LREM) and the party’s ally Agir, one clause of which would criminalize the publication of images of police officers "with the intent of harming their physical or mental integrity." Under the law, violators would be handed a punishment of one year in prison and a maximum fine of 45,000 euros ($53,360).

In practice, this law would restrict the publication of photos or videos taken of police officers' faces while carrying out their duties in public spaces, and in many cases, an officer's face would have to be blurred. Among other proposed measures, some will allow police to use camera-equipped drones and provide easier access to CCTV footage.

But media unions say this could give police a green light to prevent journalists from doing their work or potentially documenting abuses by security forces. Members of protest movements such as the Yellow Vests and Extinction Rebellion, who faced a robust police response to street demonstrations, have also denounced the draft law.

Meanwhile, French officials insist their target is not press freedom, while police said they risk great personal threat in the line of duty.

"Ensuring the security of all those living in Europe is a key priority for the commission, and we are working hand-in-hand with the member states," Wigand said. "When drafting their security legislation, member states must respect the principle of proportionality and strike the right balance between guaranteeing public security and protecting citizens' rights and freedoms, including freedom of expression, media freedom, freedom of association, privacy and access to information."

The professor of public law at the University of Paris Nanterre, Thomas Hochmann, told Qatar-based Al Jazeera that the bill "constitutes a serious infringement of freedom of expression," adding that there will be great reluctance for the public and journalists to "disseminate images or even to film.”