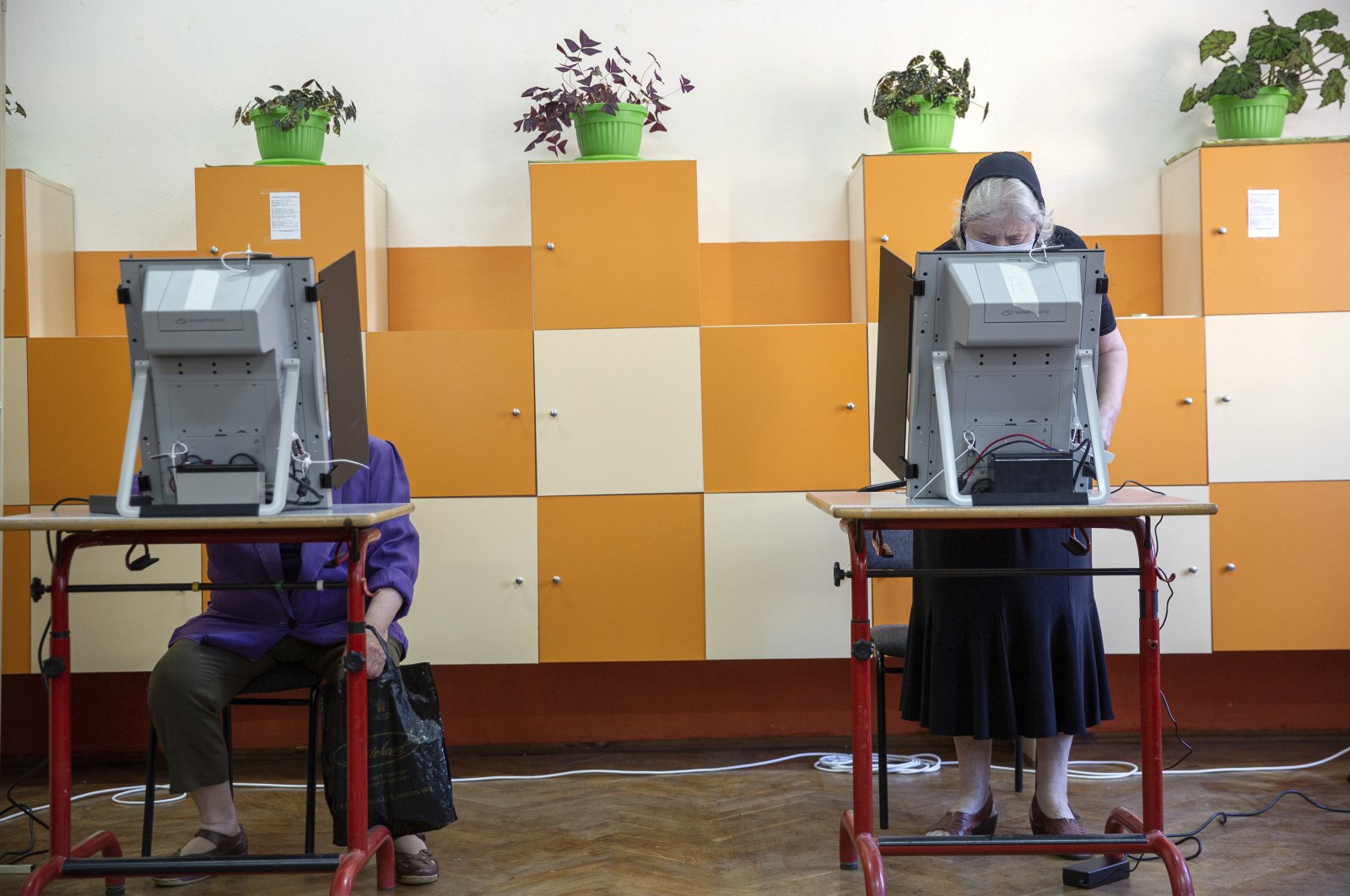 Bulgarians cast their vote in a voting machine during parliamentary elections in the town of Bankya near the capital Sofia, Bulgaria, Sunday, July 11, 2021. (AP File Photo)
by French Press Agency - AFP Sep 11, 2021 1:43 pm

Bulgarians had voted in April and July, but both polls resulted in fragmented legislatures. No party has been able to form a government to succeed the almost ten-year tenure of former conservative Prime Minister Boyko Borisov.

"The elections will be on November 14," Radev said in the northern town of Pleven, adding that it would coincide with the first round of a presidential election.

Radev, who is also running for a second term, is due to sign an official decree in the coming days to dissolve parliament and appoint a caretaker administration to organize the vote.

Recent opinion polls suggest that Borisov's GERB party could retake the lead in the new vote, ahead of the new anti-establishment ITN party of showman Slavi Trifonov.

Bulgaria is a parliamentary republic and its 240-seat legislature, elected for a period of four years, votes in a cabinet.

The country's president meanwhile has a more ceremonial role as a head of state and chief commander of the armed forces.