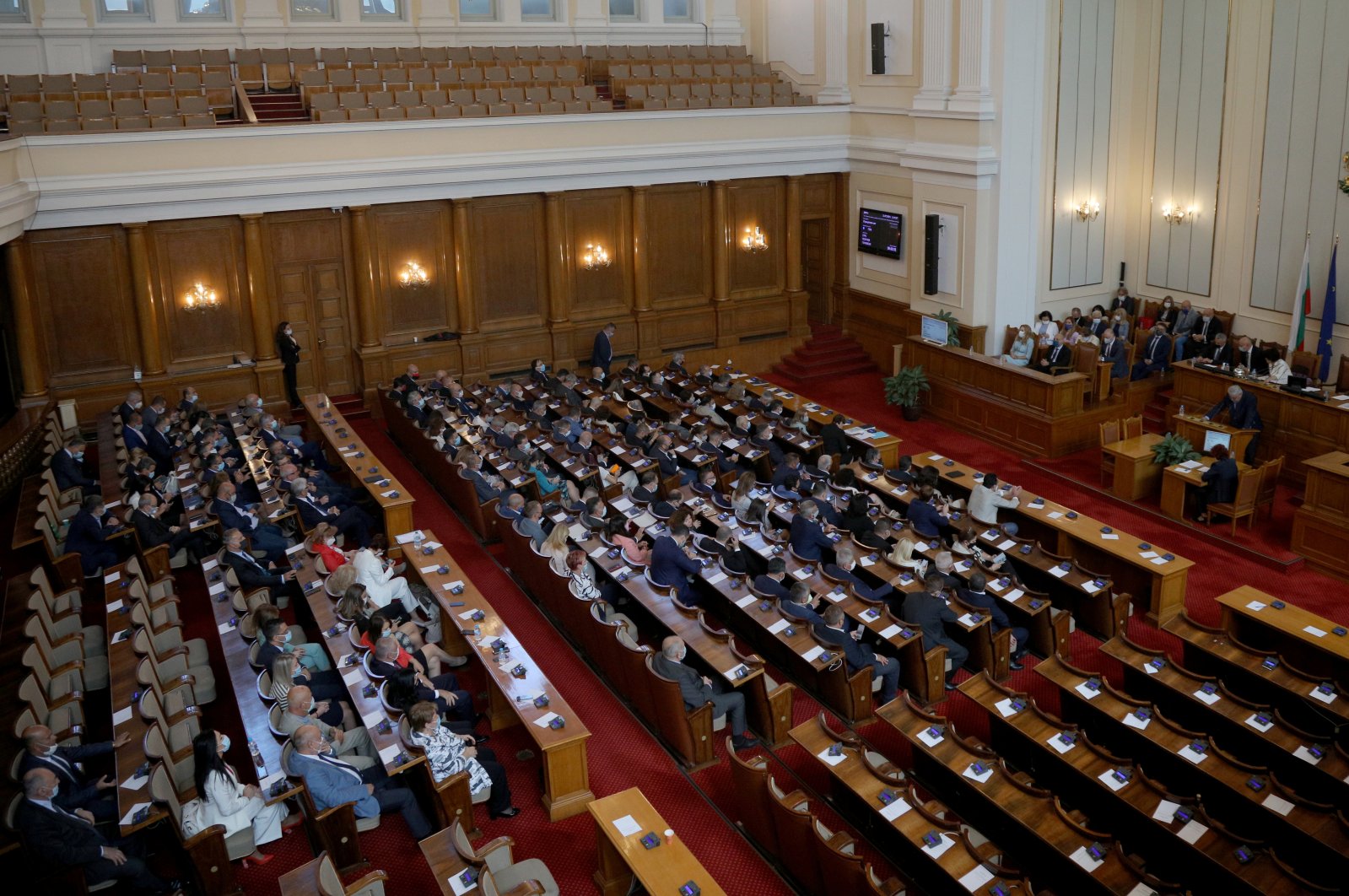 A general view shows the Bulgarian parliament after voting on a no-confidence motion against the government of Prime Minister Boyko Borissov in Sofia, Bulgaria, July 21, 2020. (Reuters Photo)
by French Press Agency - AFP Jul 23, 2020 11:30 am
RECOMMENDED

Bulgarian Prime Minister Boyko Borisov announced a Cabinet reshuffle on Thursday, replacing several key ministers, but said he would remain at the helm amid protests calling for his own resignation.

The conservative premier had asked last week for the resignations of three key ministers to counter speculation they were linked to shady business interests.

Thousands of protesters have taken to the streets in nightly anti-corruption rallies for two weeks, calling for change, including an end to favoritism of behind-the-scenes oligarchs.

"We accepted the three resignations" of the ministers of finance, economy and the interior, Borisov said following a meeting of the government coalition.

He added he would also replace the tourism minister, while the current health minister will take over the finance portfolio.

Late Wednesday, demonstrators, calling for the resignation of Borisov and the chief prosecutor, blocked seven key crossroads across the capital. Protests were also held in other Bulgarian cities.

Borisov reiterated he would stay in office until his mandate expires on March 2021 though he would not seek a new term.

"I have said it clearly already. After this mandate, I will go to manage my party and strengthen its structures," he said.

The Cabinet reshuffle is expected to be approved in parliament Friday.

Borisov also promised he would prepare a package of financial, social and economic measures to amid the coronavirus pandemic.

The European Union's poorest member had so far escaped the brunt of the health crisis but has seen a surge in cases since a strict lockdown was lifted.

The country of 7 million has reported less than 10,000 cases with some 320 deaths to date, but Thursday marked a record daily increase of 330 new infections since the pandemic hit Bulgaria.