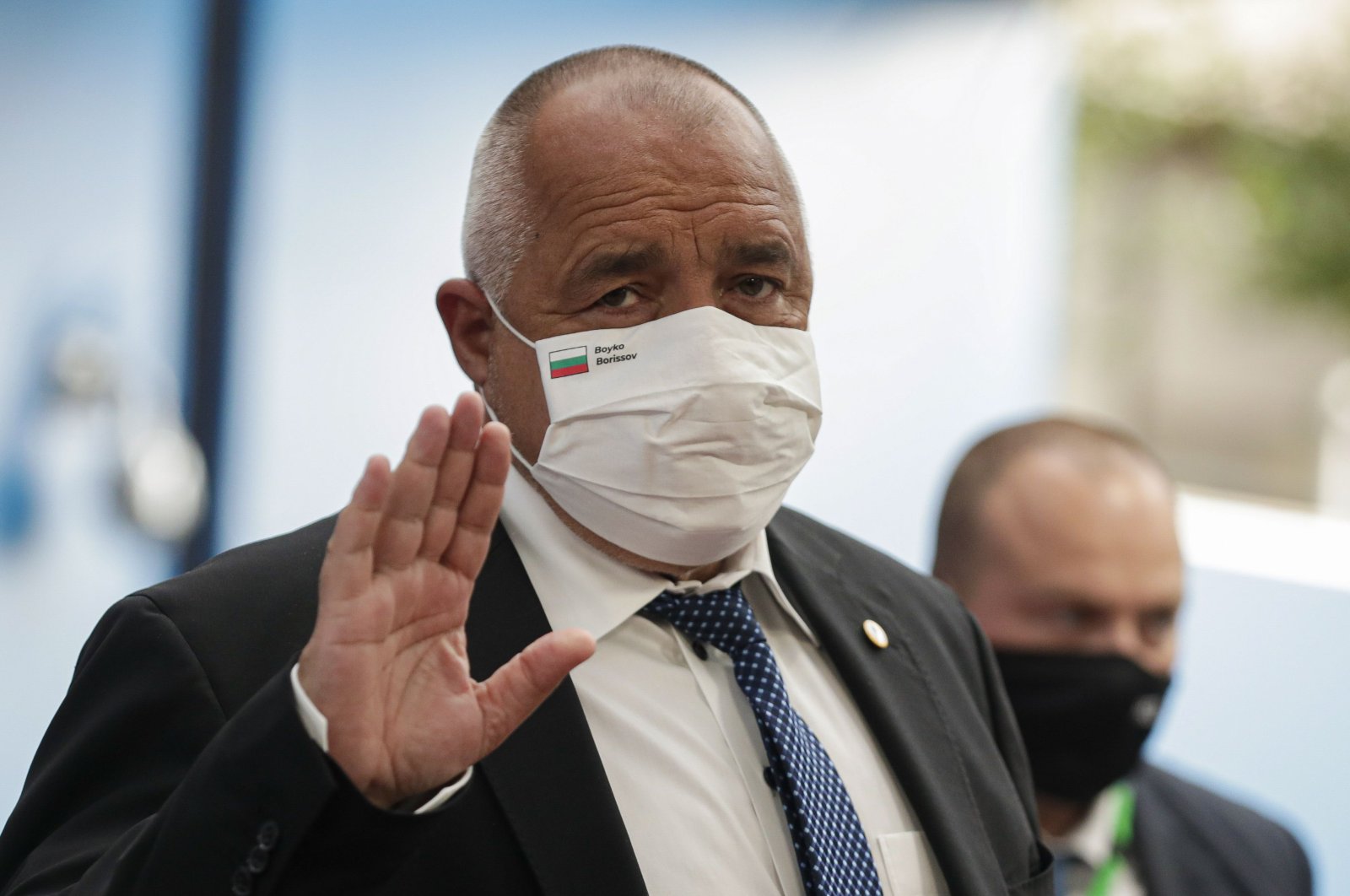 Bulgaria's Prime Minister Boyko Borissov, wearing a protective face mask, waves as he arrives for the fourth day of an EU summit at the European Council building in Brussels, on July 20, 2020. (AFP Photo)
by French Press Agency - AFP
Jul 21, 2020 12:27 pm

Bulgaria's third-term Prime Minister Boyko Borisov survived a no-confidence motion in parliament on Tuesday as anti-corruption protests pushing for his ouster have taken to the streets for almost two weeks.

The motion tabled by the opposition Socialists "for an infinite series of corruption scandals" gathered only 102 votes, well short of the necessary majority of 121 votes in the 240-seat parliament.

The 61-year-old veteran conservative premier was widely expected to survive the motion, but his troubles may not end here.

For thirteen days in a row his cabinet has faced street demonstrations gathering thousands of mostly young people rallying against its perceived favoritism of powerful behind-the-scenes oligarchs.

Bulgaria is the EU's poorest member and also ranked as the union's most corruption-prone by Transparency International.

In a bid to appease people's anger and meet their calls for change, Borisov made three key ministers – of finance, economy and the interior – declare their willingness to resign last week.

However, he postponed a cabinet reshuffle for after the no-confidence vote, promising even more sweeping changes.

Despite the protests, Borisov has vowed to complete his third four-year term in office, which ends in March 2021.

The government coalition council, made up of Borisov's GERB party and his two small nationalist partners, is expected to meet this week to discuss a way out of the current political crisis, senior member Valeri Simeonov told public BNT television.

Borisov was absent from the parliament vote as he has not returned from marathon negotiations in Brussels that ended early Tuesday with agreement on a 750-billion-euro (about $857 billion) coronavirus recovery package and the EU's seven-year budget.

In a video posted on his Facebook page, Borisov cheered about defending "a one-billion-euro increase in funds for Bulgaria in the new EU budget."

Analysts however said the daily street protests and traffic blockades were beginning to lose steam after almost two weeks.

A demonstration late Monday gathered about 3,000 people, compared to more than 10,000 a week ago.