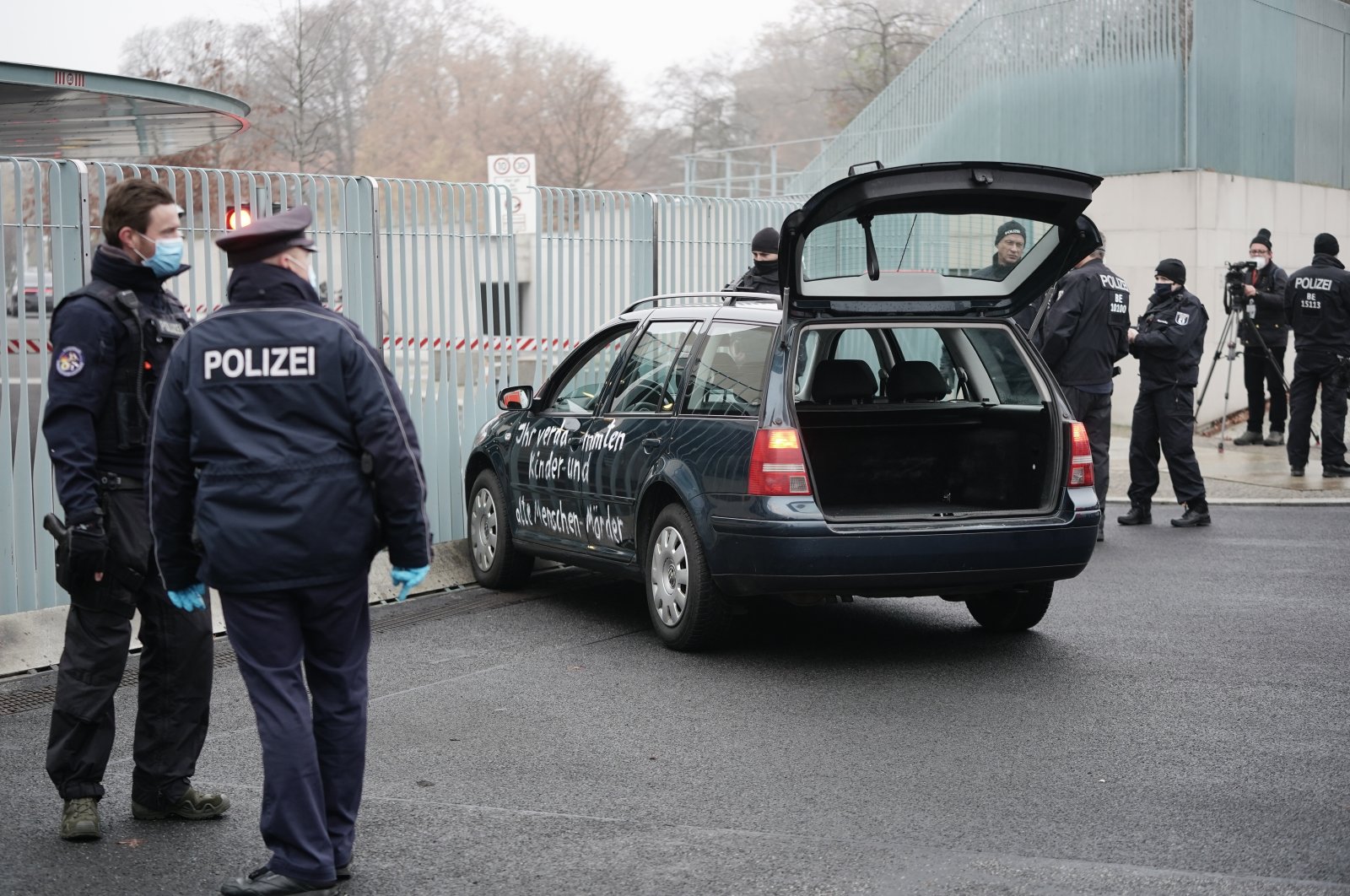 A car sits in front of the Chancellery after it crashed into the front gate of the building housing German Chancellor Angela Merkel’s offices, Berlin, Nov. 25, 2020. (AP Photo)
by REUTERS
Nov 25, 2020 12:57 pm

A car crashed into the gate of the office of German Chancellor Angela Merkel in Berlin on Wednesday, a Reuters witness said.

Reuters pictures from the scene showed police inspecting an estate car at the gate with the words "Stop Globalization Politics" scrawled in white on its right side. Pictures on social media showed the words: "You damn killers of children and old people" written on the other.

There were no immediate reports of casualties. Dozens of police and a fire engine were on the scene. The chancellery office, a white post-modernist structure set across a square from the Reichstag building that houses Germany's parliament, is well set back from any main roads.

Merkel was scheduled to be hosting a videoconference of German state premiers on Wednesday morning, at which an extension to the coronavirus lockdown and further steps to combat the pandemic were due to be discussed.

Europe is on high alert after suspected militants killed eight people in Paris, Nice and Vienna in recent weeks. On Tuesday, Swiss police have identified a Swiss woman who knifed a victim in the neck and grabbed another by the throat in a Lugano department store. Four years ago, a failed Tunisian asylum-seeker, hijacked a truck then plowed it into a crowded Berlin Christmas market, killing 11 more people and injuring dozens of others.