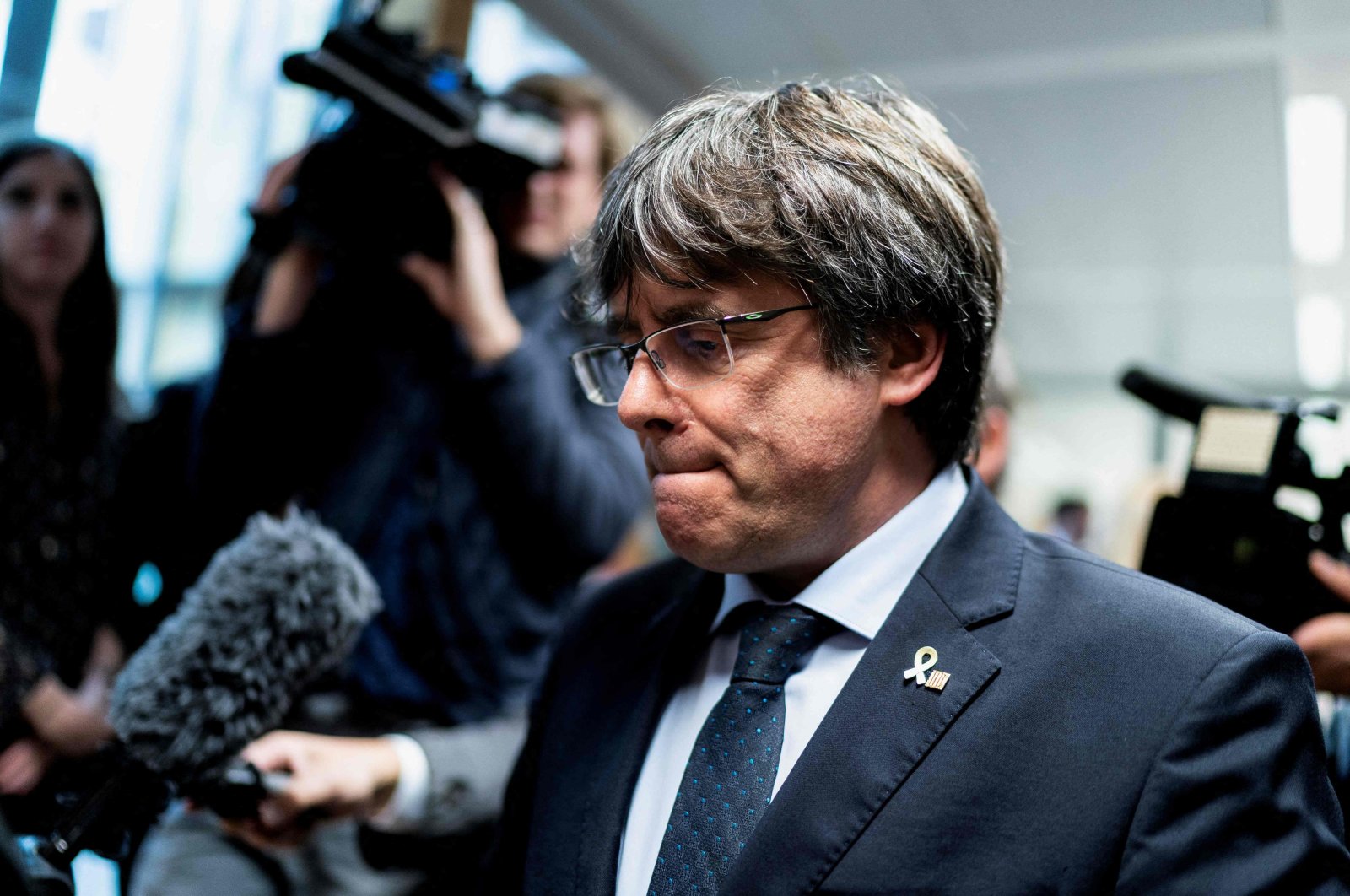 Carles Puigdemont, the former president of Catalonia who fled Spain after leading a botched independence attempt, was arrested on the Italian island of Sardinia, his lawyer said Thursday.

His lawyer Gonzalo Boye said on Twitter that Puigdemont was arrested upon his arrival in Sardinia, where he was traveling in his role as a member of the European Parliament, according to an Anadolu Agency (AA) report. He said the arrest was made on the basis of a warrant issued in October 2019 that had since been suspended.

This is not the first time Puigdemont has been arrested since he fled Spain in 2017 after holding an illegal referendum on independence and subsequently declaring his intention to split the region from Spain. He was arrested in both Belgium and Germany, but authorities in those countries have refused to extradite him. In Spain, he faces major charges, including rebellion and sedition.

The European politician was expected to appear in court on Friday at a hearing that could see him extradited to Spain to face sedition charges.

The Catalan leader – who has been based in Belgium since the 2017 referendum – was detained in Alghero, Sardinia, his chief of staff Josep Lluis Alay wrote on Twitter.

"At his arrival at Alghero airport, he was arrested by Italian police. Tomorrow (Friday), he'll appear before the judges of the court of appeal of Sassari, who will decide whether to let him go or extradite him," his chief of staff Josep Lluis Alay wrote on Twitter, according to Agence France-Presse (AFP).

Following Thursday's arrest, Madrid expressed "its respect for the decisions of the Italian authorities and courts."

"The arrest of Mr. Puigdemont corresponds to an ongoing judicial procedure that applies to any EU citizen who has to answer to the courts," the Spanish government said in a statement. The statement added Puigdemont should "submit to the action of justice like any other citizen."

Spanish Prime Minister Pedro Sanchez told a news conference on Friday that "it's clear that Carles Puigdemont must be brought to justice and stand trial".

"This government has respect for all judicial proceedings whether opened in Spain, in Europe or in this case in Italy, and will comply with any judicial decisions that may be taken," Sanchez said.

New Catalan President Pere Aragones – a separatist but more moderate than his predecessor – condemned what he called the "persecution" of Puigdemont.

"In the face of persecution and judicial repression, the strongest condemnation. It has to stop," he wrote on Twitter. He added that "self-determination" was the "only solution."

Quim Torra, who took over the presidency in 2018 following the referendum, described Puigdemont's possible extradition to Spain as "catastrophic" and called on pro-independence activists to be "on high alert."

Meanwhile, supporters starting sharing hashtags such as #FreePuigdemont, as the Catalan National Assembly urged people to protest Friday against his "illegal detention" outside Barcelona's Italian consulate.

Besides Puigdemont, former Catalan regional ministers Toni Comin and Clara Ponsati are also wanted in Spain on allegations of sedition.

The October 2017 referendum was held by Catalonia's separatist regional leadership despite a ban by Madrid and the process was marred by police violence. A few weeks later, the leadership made a short-lived declaration of independence, prompting Puigdemont to flee abroad. Others who stayed in Spain were arrested and tried.

However, Puigdemont did not benefit from the pardon granted in June to nine pro-independence activists who had been imprisoned in Spain.