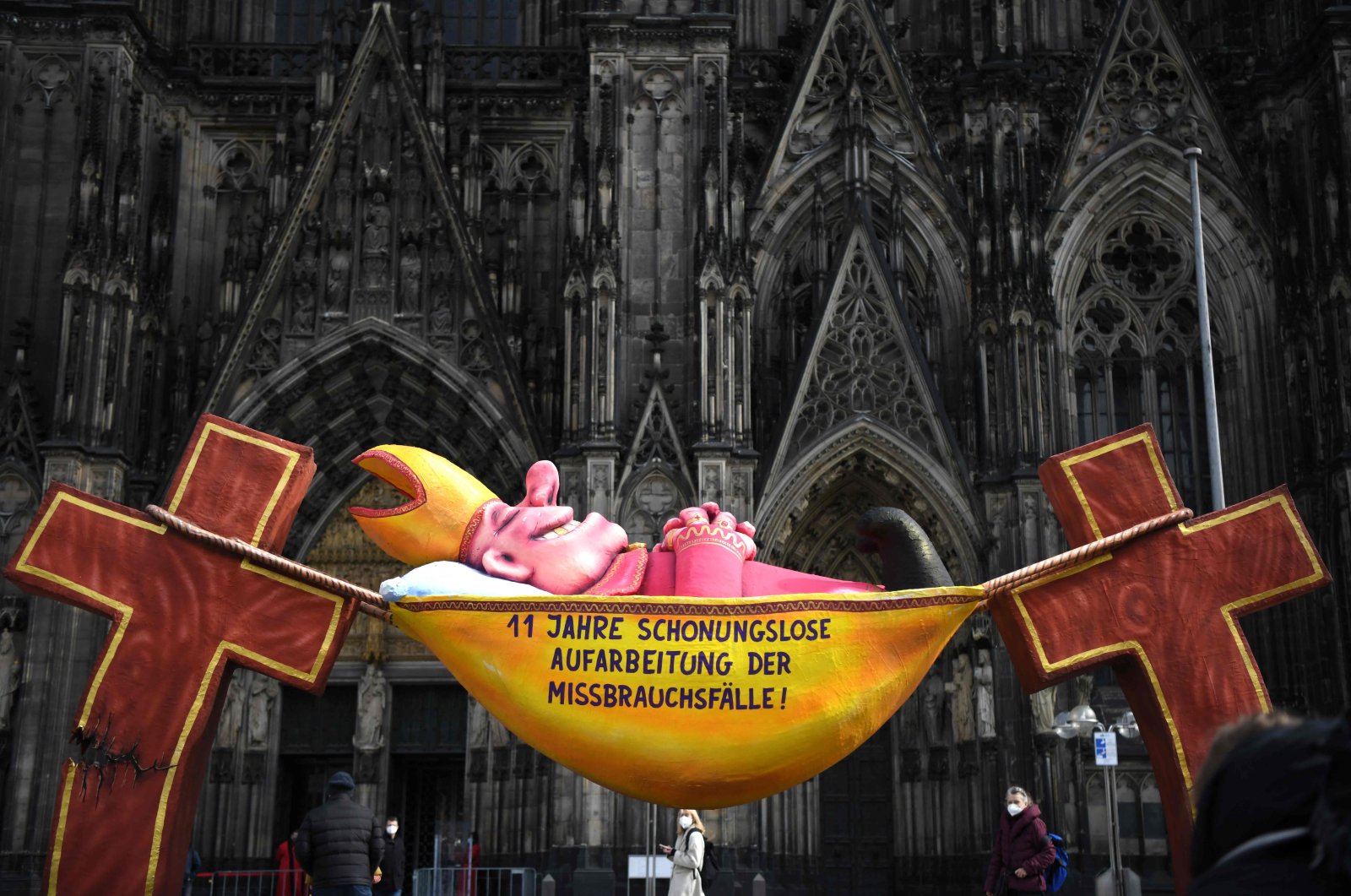 A sculpture by artist Jacques Tilly with the slogan "11 years of relentless investigation of the abuse cases!" is seen in front of the Cologne Cathedral in Cologne, western Germany, on March 18, 2021. (AFP Photo)
by Anadolu Agency
Mar 18, 2021 9:37 pm

Nearly 200 children younger than 14 years of age were abused in Germany's Catholic church between 1975 and 2018, according to a new independent report published Thursday.

Lawyers Bjoern Gercke and Kerstin Stirner, who carried out the investigation by examining church archives and conducting interviews, told a news conference that they identified 202 abusers, including priests and others working for the church.

Among the 314 victims, nearly 60% were children under the age of 14. They experienced emotional and physical abuse or sexual violence.

The report named several high-ranking church officials who tried to cover up the abuse or failed to properly investigate.

Archbishop of Cologne, Cardinal Rainer Maria Woelki, who attended the news conference, said he immediately discharged two clergymen – Bishop Dominikus Schwaderlapp and Father Guenter Assenmacher – for breaches of duty in their handling of the cases.

Hamburg Archbishop Stefan Hesse, who was also heavily criticized in the report, offered his resignation to Pope Francis.

German police last year also reported a large increase in the number of cases of sexual violence against children.