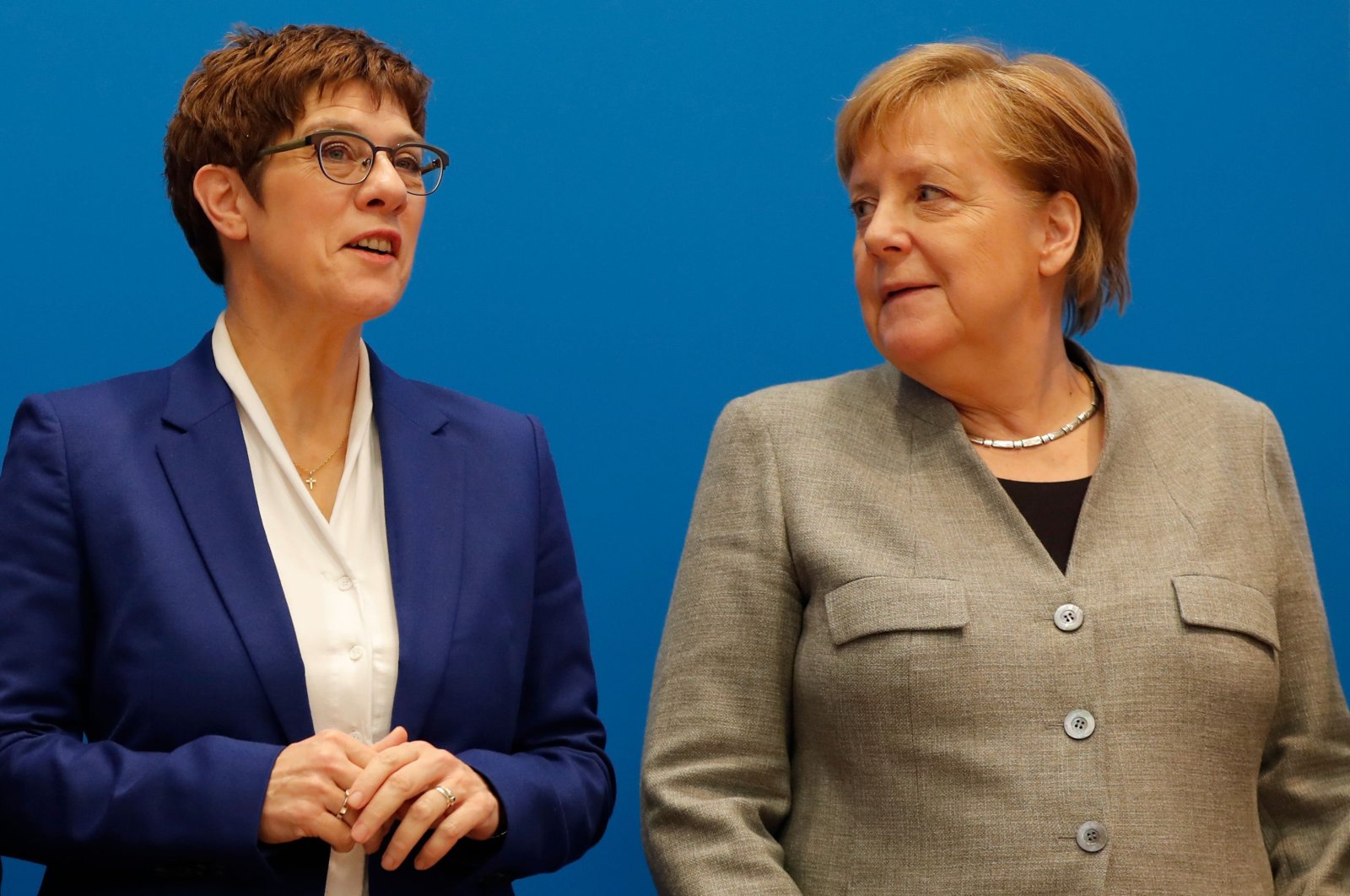 German Chancellor Angela Merkel's Christian Democrats (CDU) have postponed a conference in Berlin to choose a new party leader due to the coronavirus and said they would reschedule as soon as the epidemic allowed.
The delay on the vote, scheduled for April 25, scuppers any hope of a quick resolution to the power struggle within the party following leader Annegret Kramp-Karrenbauer's resignation last month after an outcry over a regional branch of the CDU's voting with the far-right.
"The health of the people of our country is the top priority for us," said Kramp-Karrenbauer in a statement, adding, "Against the background of current forecasts of the spreading of COVID-19, the CDU congress planned for April 25 cannot take place."
Germany has recorded 1,567 cases of the coronavirus, according to the Robert Koch Institute, with four people having already died. The government has recommended that events with more than 1,000 participants be canceled.
Public health efforts are now focussed on slowing the virus' spread to minimize the peak burden on the health care system. Social affairs minister Franziska Giffey said the elderly and their families should refrain from hugging or taking public transport.
Three main contenders for the CDU leadership are in the running, including Friedrich Merz, a former archrival of Merkel who is promising a change in direction, as well as Armin Laschet, premier of Germany's biggest state, widely seen as a continuity candidate. Foreign policy expert Norbert Roettgen is seen by most commentators as having only an outside chance.


The new leader of the CDU is in a strong position to run as chancellor in the next election, due by October 2021, but this also has to be agreed to by Bavarian conservatives.
Merkel, in charge of Europe's biggest economy for nearly 15 years, has said she will not seek re-election.
RECOMMENDED