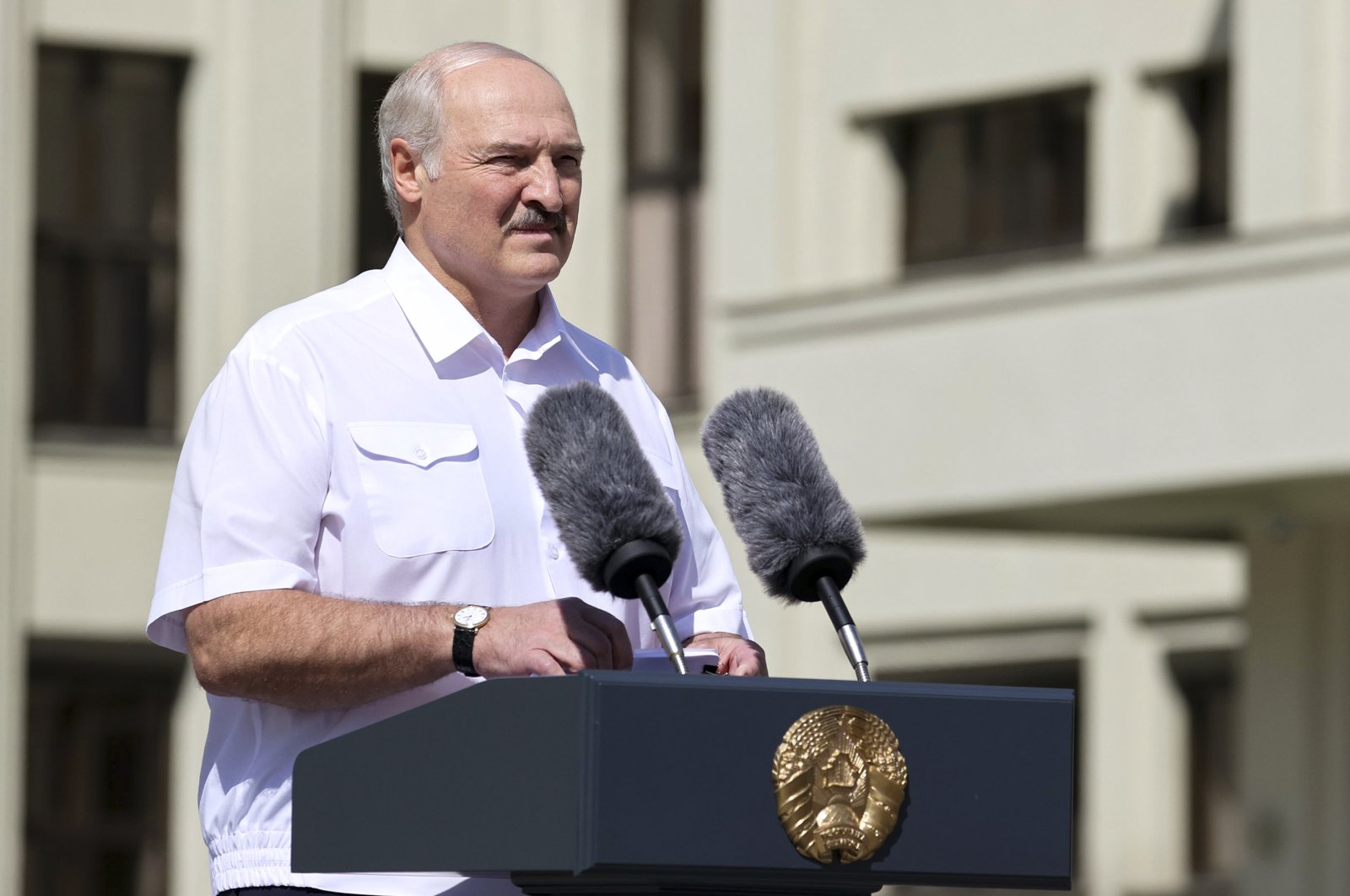 Thousands of people have gathered at a square near Belarus' main government building for a rally to support President Alexander Lukashenko, while opposition supporters whose protests have convulsed the country for a week aim to hold a major march in the capital.

Protests began late on Aug. 9 at the closing of presidential elections. Official results say the authoritarian Lukashenko, in office since 1994, won a sixth term in a landslide.

Protesters say the vote was rigged to disguise the fact that he has lost public support. He denies losing, citing official results that gave him just over 80% of the vote.

A least two protesters have been killed and 7,000 people arrested over several days of protests, which police harshly tried to put down with clubs, rubber bullets and flash grenades. Many detainees were later released, complaining of police brutality while in custody and showing extensive bruises.

As Lukashenko's supporters waited for his expected appearance at the Sunday rally, many chanted Lukashenko's nickname of "Batka," or father, and "Maidan won't take place," referring to the months of protest in Ukraine in 2013-14 that drove then-President Viktor Yanukovych to flee the country.

"Now everybody is against Lukashenko and the president needs our support. Everybody suddenly has forgotten the good things he has done – there's order in the country, we don't have war of hunger," said supporter Tamara Yurshevich, a 35-year-old lawyer.

Belarus' declining economy and Lukashenko's dismissal of the coronavirus pandemic as "psychosis" are among the factors that galvanized the largest and most sustained protests the country has seen.

Russia said Sunday it had told Belarusian leader Alexander Lukashenko it was ready to offer military assistance if necessary as demonstrators gathered for what was expected to be one of the biggest protests against Lukashenko's re-election.

The Kremlin said Russian President Vladimir Putin had told Lukashenko Russia was ready to assist Belarus per a collective military pact if necessary and said external pressure was being applied to the country, without saying where from.

Russia, which has had a troubled relationship with Lukashenko, is watching closely as Belarus hosts pipelines that carry Russian energy exports to the West and is also viewed by Moscow as a buffer zone against NATO. The EU is gearing up to impose new sanctions on Belarus in response to the violent crackdown.

The leaders of the three ex-Soviet Baltic states, Estonia, Lithuania and Latvia, on Saturday called for a new vote. Lukashenko's main opponent, Svetlana Tikhanovskaya has announced the creation of a Coordination Council to ensure a transfer of power, asking foreign governments to "help us in organizing a dialogue with the Belarusian authorities".