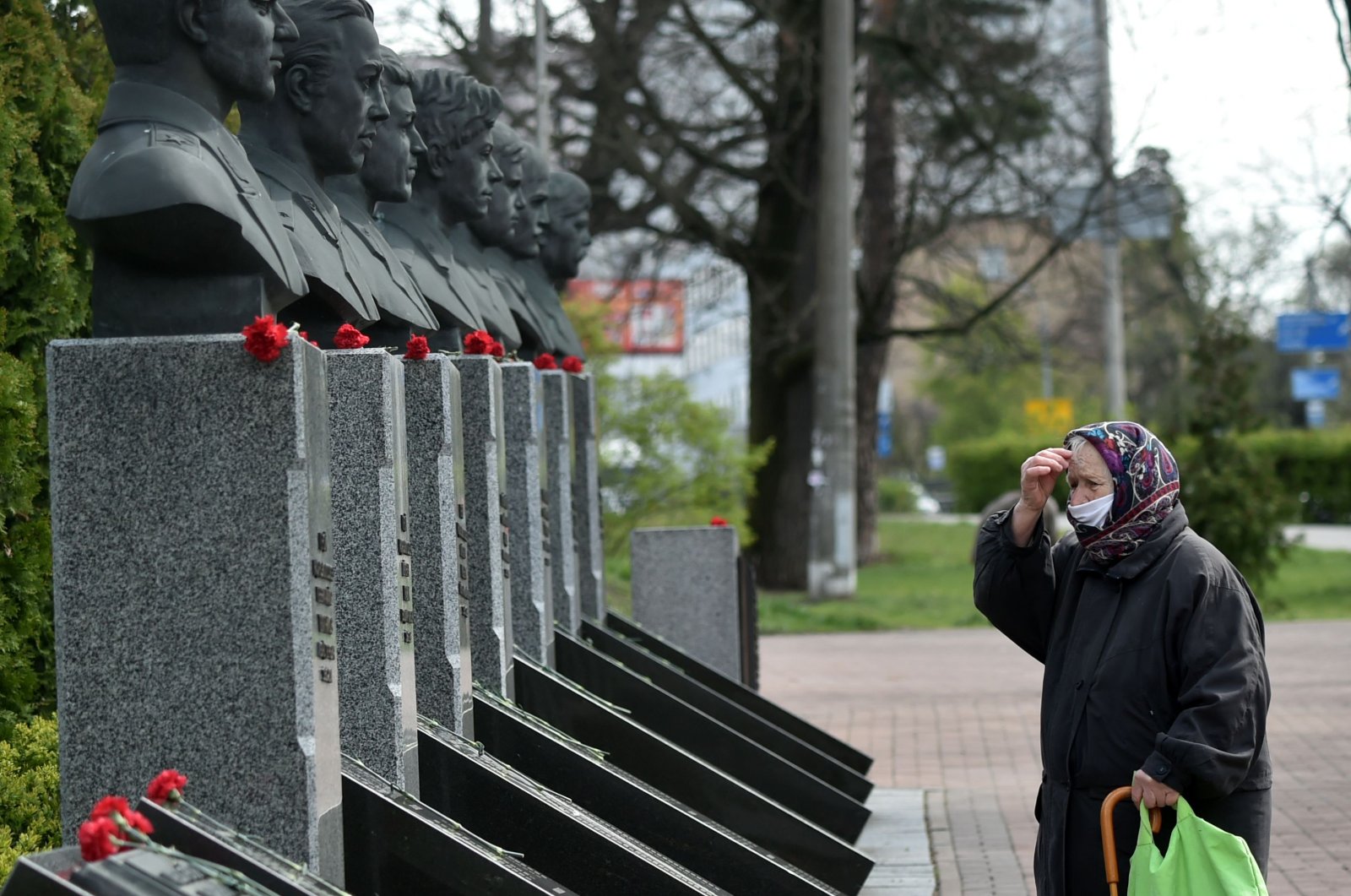 An elderly woman wearing a face mask crosses herself as she visits Chernobyl's memorial in Kiev to commemorate the victims on the 34th anniversary of the tragedy on April 26, 2020, amid the COVID-19 coronavirus pandemic. (AFP Photo)
by Anadolu Agency Apr 26, 2020 4:37 pm
RECOMMENDED

The catastrophic Chernobyl nuclear accident in Ukraine, then part of the Soviet Union, marked its 34th anniversary on Sunday.

On April 26, 1986, a sudden surge of power during a reactor systems test destroyed Unit 4 of the nuclear power station at Chernobyl, some 110 kilometers (68.3 miles) from Ukraine’s capital, Kiev.

In the immediate aftermath of the accident, 31 people were killed, while millions more were affected.

According to official numbers, roughly 8.4 million people in the former Soviet territories of Belarus, Russia and Ukraine got the largest exposure to radiation in the form of a cloud.

An area of about 155,000-square-kilometers (nearly 60,000-square-miles) of these three countries were contaminated, and over 400,000 people were displaced.

Later research into the accident showed that the radioactive clouds reached as far as the U.S. and China.

Fear of spreading radiation gripped many in Turkey’s Black Sea region, the area nearest to Ukraine, but authorities reassured the public that there was no cause for concern.

"On 8 December 2016, the United Nations General Assembly adopted a resolution designating 26 April as International Chernobyl Disaster Remembrance Day. In its resolution, the General Assembly recognized that three decades after the disaster there remains persistent serious long-term consequences and that the affected communities and territories are experiencing related needs. The General Assembly invites all Member States, relevant agencies of the United Nations system and other international organizations, as well as civil society, to observe the day," the organization said on its official website.

Achieved in 2019, the U.N. said the completion of the placement of the new safe confinement over the old shelter was "a major milestone," with 2.2 billion euros ($2.38 billion) provided by over 45 donor nations through funds managed by the European Bank for Reconstruction and Development.

"The new safe confinement was handed over to the Government of Ukraine on 10 July 2019. The scope of the project in terms of international cooperation is one of the largest ever seen in the field of nuclear safety," it added.