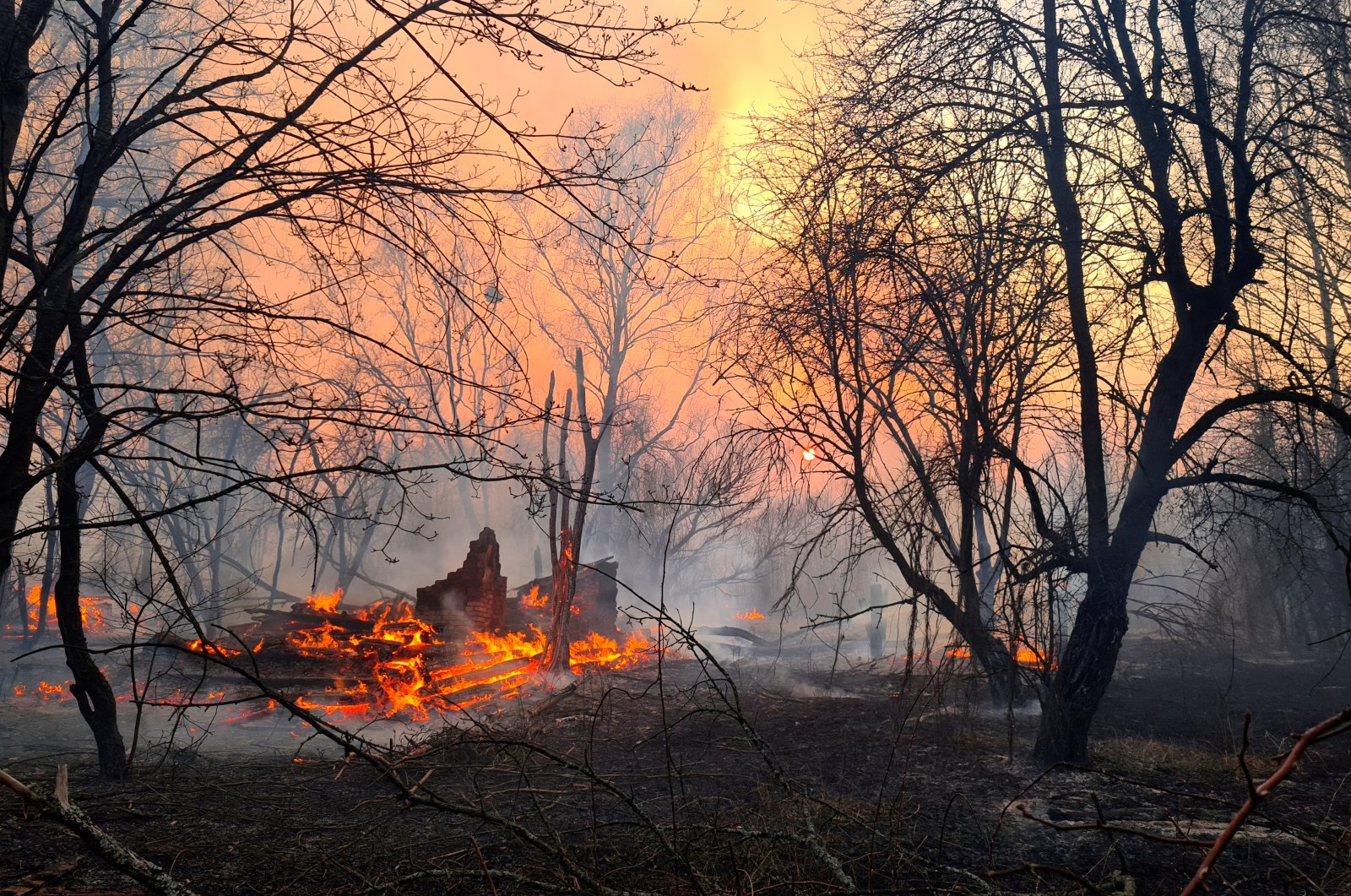 A fire burns in the exclusion zone around the Chernobyl nuclear power plant, outside the village of Rahivka, April 5, 2020. (REUTERS Photo)
by German Press Agency - DPA Apr 09, 2020 4:02 pm
RECOMMENDED

Ukrainian firefighters on Thursday entered their sixth day of battling blazes within the predominantly uninhabited Chernobyl exclusion zone amid concerns over radiation that has remained in the area since the nuclear disaster more than three decades ago.

More than 300 firefighters aided by several firefighting aircraft were working to contain the blazes, which in recent days have been exacerbated by high winds.

Authorities have more than doubled the number of firefighters in the area since Monday. The government has not disclosed the extent of the blazes for the past two days.

Local media reported on Thursday that authorities were evacuating a small community within the exclusion zone.

The environmental activist organization Greenpeace warned after analyzing satellite data that the situation was "getting worse quickly."

"A large fire on the border of the exclusion zone reached about 18,000 hectares," Greenpeace told dpa.

A smaller fire that appeared in a group of pine trees near the Chernobyl power plant has grown to 2,600 hectares, Greenpeace said.

Authorities have attributed blazes in the Chernobyl zone and elsewhere in Ukraine in recent weeks to relatively dry conditions after a winter that lacked sufficient precipitation and snow cover.

Environmental experts fear the fires could stir up radioactive ash in the ground. Ukraine's State Emergency Service has said the radiation levels have appeared to be within the acceptable norm.

A senior environmental official, Egor Firsov, said at the weekend that radiation in the area was detected at 16 times higher than normal background levels.

A 27-year-old resident of a settlement near the exclusion zone is under investigation on suspicion of having started at least one of the local fires.

The man, who could face up to five years in prison, is believed to have been burning grass and rubbish and was unable to contain the fire because of windy weather, according to a police statement.

The 1986 reactor meltdown and explosion at the Chernobyl nuclear power plant, about 100 kilometers (62 miles) north of Kiev, is considered the worst nuclear disaster in history.