Chloroquine use in COVID-19 treatment again under spotlight upon Macron visit, success claims 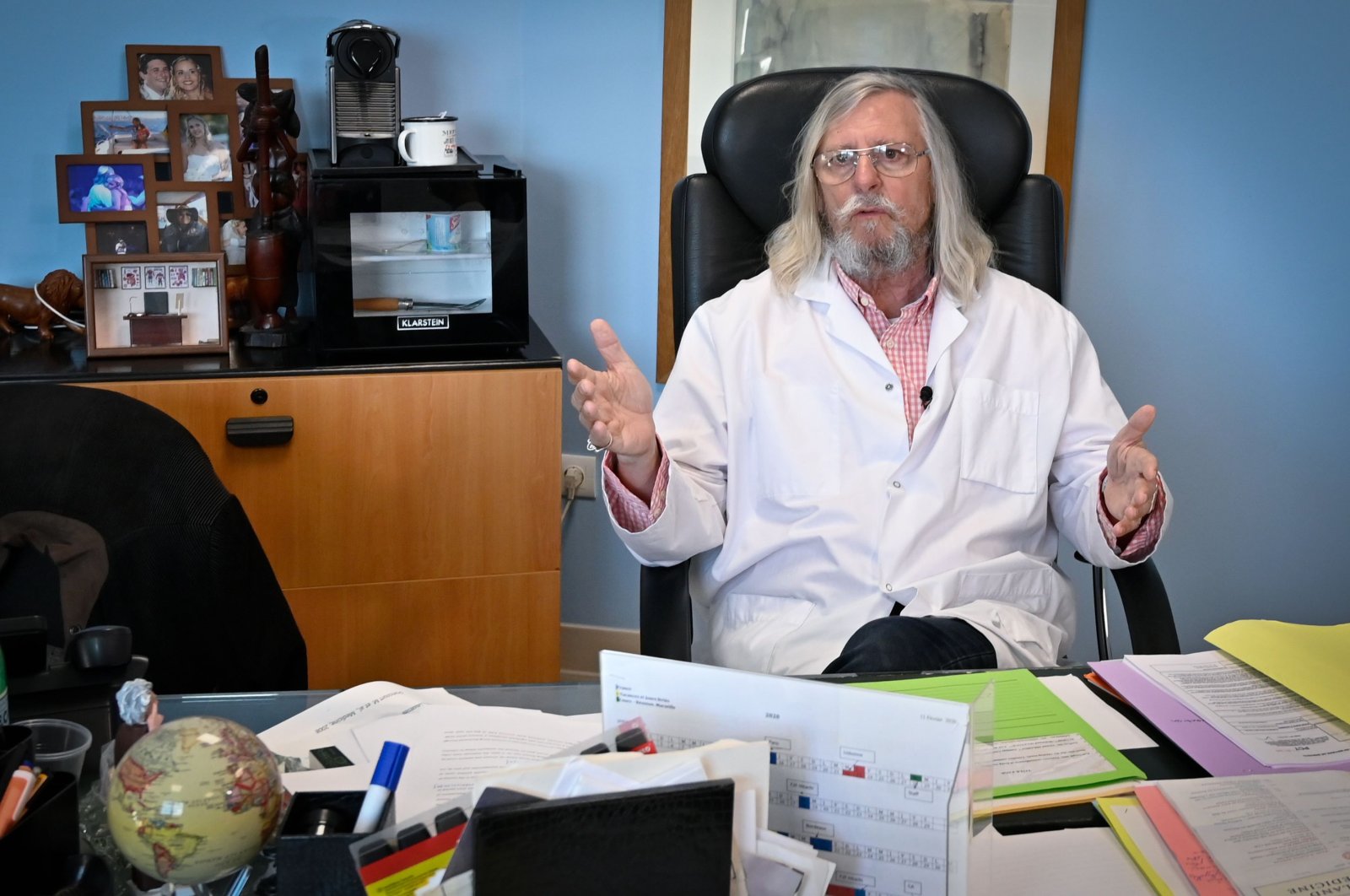 The debate on the use of anti-malaria drug chloroquine in the treatment of COVID-19 disease resurfaced once again after the visit of the French head of state to a doctor having long defended the method, which has allegedly proved successful in treating more than 90% of patients.

Professor Didier Raoult, the director of the Research Unit in Infectious and Tropical Emergent Diseases (URMITE) based in the southern city of Marseille, tested the drug on 1,061 patients, with 91.7% having recovered within 10 days, according to reports published by French media outlets and compiled by Anadolu Agency (AA). Among patients between ages 74 and 95, only 0.5% percent lost their lives.

The use of chloroquine in COVID-19 treatment was allowed through a prime ministerial decree when exports of the drug were banned.

Raoult’s method made headlines after President Emmanuel Macron on Thursday held a surprise meeting with the medical professor, who has caused controversy within the country's scientific community for insisting that chloroquine can beat the coronavirus.

Raoult met Macron at his specialized infectious diseases hospital in Marseille, in a visit that was not announced in advance, the French presidency said. The meeting lasted three and a half hours and, unusually, the media were prevented access.

The findings of Raoult, a prominent figure in France, have divided opinion, with some hailing him as a savior but others deriding his work as fake.

The Elysee has said that Macron intends to consult a broad spectrum of voices before giving his third address to the nation on the coronavirus epidemic on Monday.

A French presidential official insisted that the meeting did not represent any kind of "recognition" of the professor's methods ahead of his speech on Monday.

"The president wants to take into account all the tests and studies, including those of professor Raoult. It is not for him (Macron) to settle the debate, this must be done by scientists," added the official.

Macron is expected to announce that a lockdown that began on March 17 will be further extended beyond April 15, and further measures amid a persistently grim daily death toll, but also signs of gradual improvement.

France on Thursday reported its first fall in the number of patients in intensive care suffering from COVID-19 since the coronavirus epidemic began, with 82 fewer people in intensive care units compared with the day earlier.

The total combined death toll in hospitals and nursing homes now stands at 12,210.

Raoult has claimed that a new study he has conducted confirms chloroquine's "efficiency" at combatting the virus. He was expected to share the findings at the meeting with Macron who has yet to publicly share his opinion on the controversy.

Frederic Dabi, deputy director-general of polling firm Ifop, said Macron was seeking to show he was consulting a broad body of opinion. It is a "way of controlling the comments of Didier Raoult because now he cannot say no one ever listened to him" while also a "strong legitimization" of a figure who remains hugely controversial.

Raoult, whose theory has been taken up by U.S. President Donald Trump, earlier said his new study of 80 patients showed that four out of five of those treated with the drug had "favorable" outcomes. He had earlier reported that after treating 24 patients for six days with hydroxychloroquine (HQC) and the antibiotic azithromycin, the virus disappeared in all but a quarter of them.

The research has not yet been peer-reviewed nor formally published in a medical journal.

Meanwhile, French pharmaceutical giant Sanofi said Friday it would offer 100 million doses of HQC, a treatment for rheumatoid arthritis and lupus, to governments worldwide if studies show it can safely be used to treat COVID-19 patients. Sanofi sells the drug under the brand name Plaquenil.

But proposals to put them to use immediately for more patients have proven highly controversial, with many experts warning there is not yet enough evidence of their safety or effectiveness against COVID-19.

Sanofi acknowledged that "interpretations of the available preliminary data on hydroxychloroquine in the management of COVID-19 differ widely.

"While hydroxychloroquine is generating a lot of hope for patients around the world, it should be remembered that there are no results from ongoing studies, and the results may be positive or negative."

But chief executive Paul Hudson said in a statement, "If the trials prove positive, we hope our donation will play a critical role for patients."

Other companies have also pledged to offer the drugs, with Switzerland's Novartis proposing 130 million doses of chloroquine, and Israeli generic producer Teva promising 10 million doses of HQC for U.S. hospitals.

Sanofi is also working on a potential vaccine for the new coronavirus, which has killed more than 94,000 people worldwide since cases were first reported in China last December.