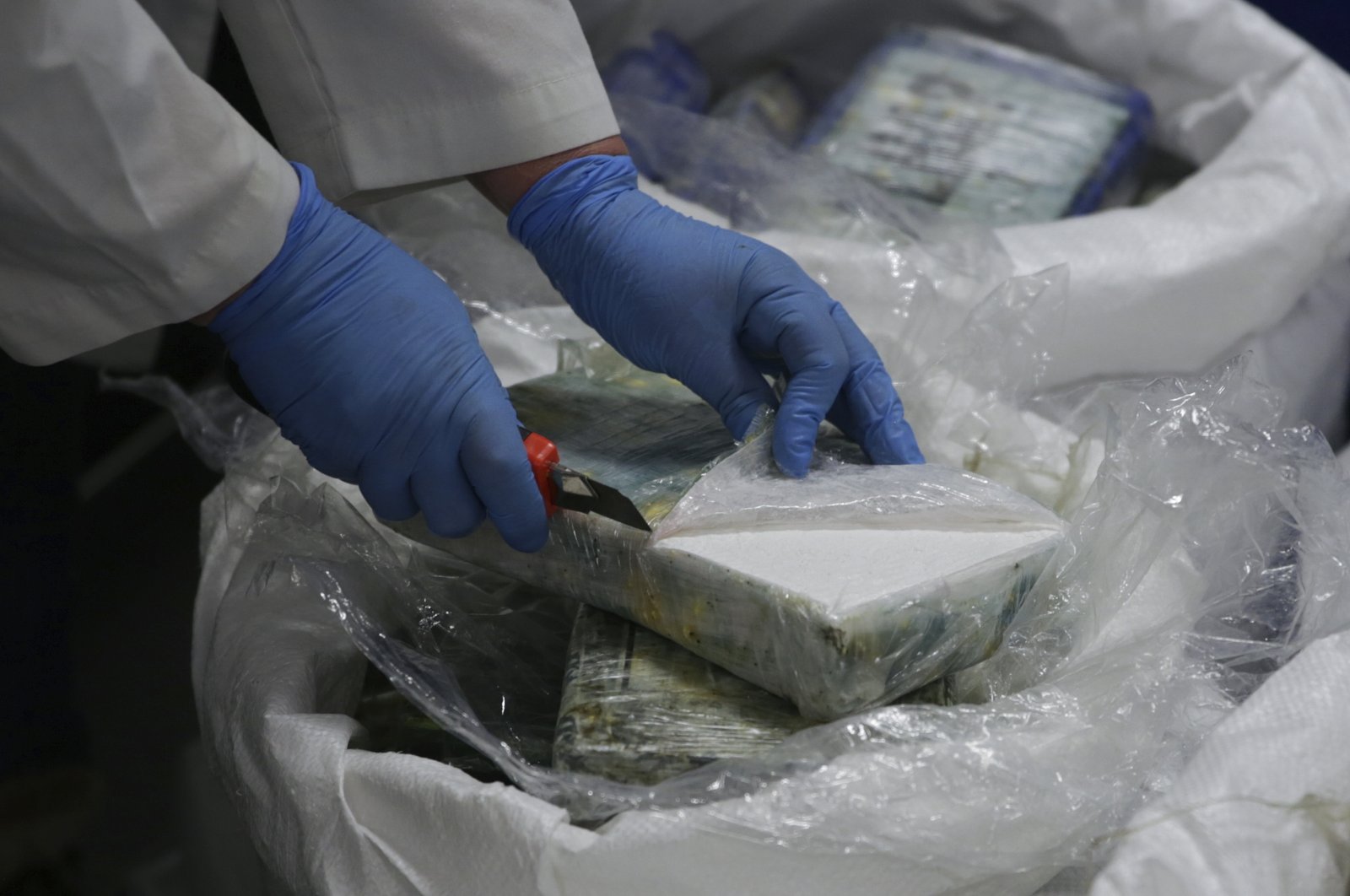 A member of the police opens a packet with cocaine as a large supply recently seized is displayed to the press at the Portuguese police headquarters in Lisbon, Jan. 8, 2020. (AP Photo)
by German Press Agency - DPA Sep 07, 2020 11:05 am

The illegal narcotics trade has boomed during the coronavirus pandemic, a Europol specialist said on Tuesday.

"Corona did not have any influence on smuggling via sea routes," Strupp said, calling the narcotics trade a "growing market."

Though it was difficult to estimate exactly how many drugs were smuggled, investigators saw an increase in the number of confiscated drugs.

Dutch police last month found the largest cocaine laboratory ever discovered in the Netherlands, which was processing around 200 kilograms of cocaine per day in the town of Nijeveen near the German border.

According to Europol, most cocaine reaches Europe via the Netherlands, Belgium and Spain.

Europol estimates that criminal gangs have recently switched to smuggling drugs mainly via sea routes, hiding them among other merchandise such as medical equipment, as air traffic has almost completely collapsed due to the pandemic.