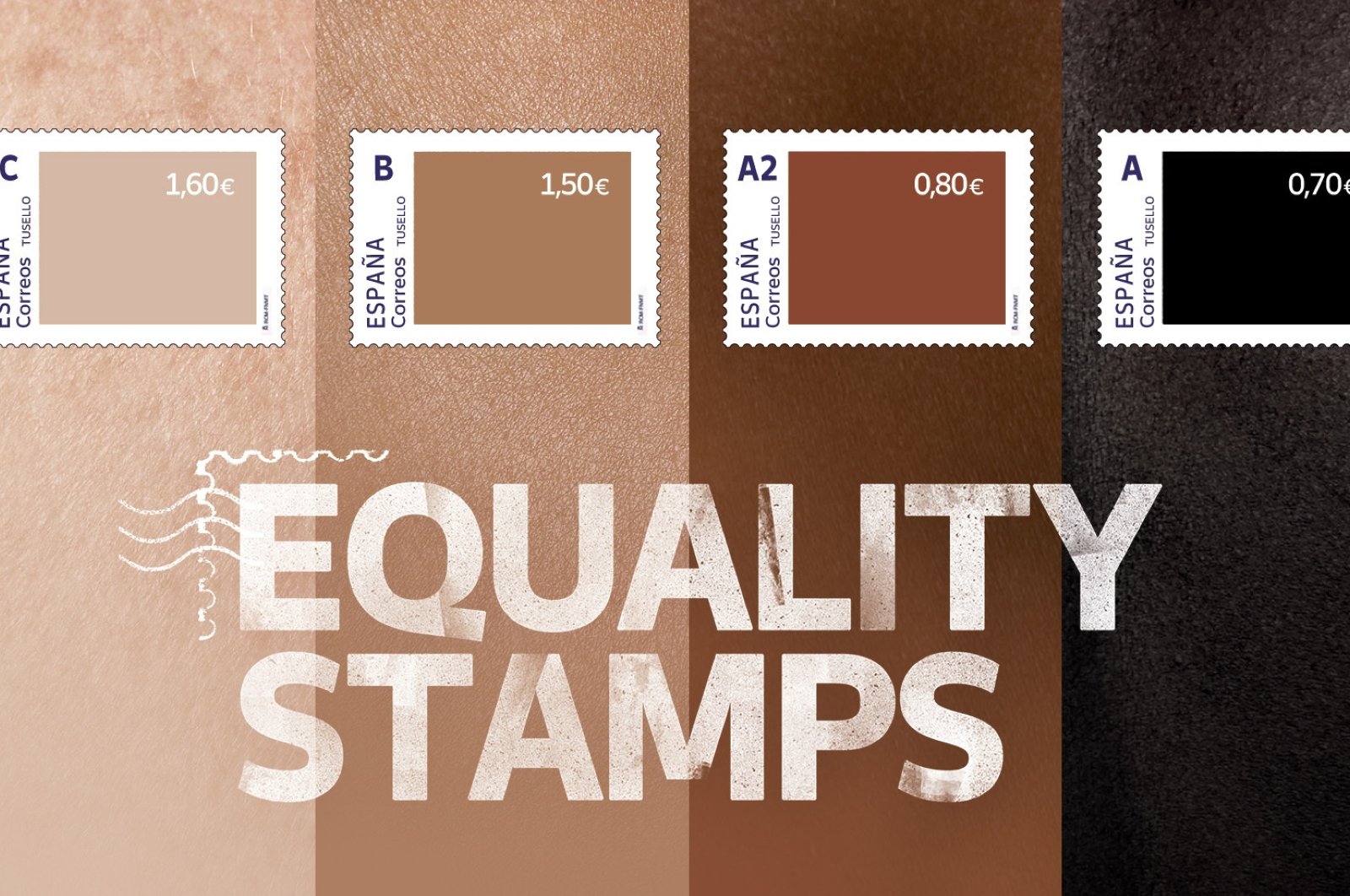 A poster of the well-intentioned but badly thought out campaign by Spain's postal service shows a set of four stamps to signify different skin-colored tones. The darker the stamp, the lower the price, Friday, May 28, 2021. (Correos via AP)
by ASSOCIATED PRESS May 28, 2021 5:49 pm
RECOMMENDED

There is widespread domestic backlash toward the Spanish postal service's well-intentioned but badly thought out attempt to highlight racial inequality that disastrously failed in the worst possible way – by the initiative itself being racially offensive.

Spain's state-owned Correos España issued a set of four stamps in different skin-colored tones this week dubbed "Equality Stamps," and were priced based on color, where the lightest color costs 1.60 euros ($1.95) and the darkest one costs 0.70 euros. But what the postal service failed to realize was that by pricing the darker stamps lower than the lighter stamps they are in fact doing the opposite of what they set out to do.

The postal service introduced the stamps on the anniversary of George Floyd being murdered by a police officer in Minneapolis. It said the stamps “reflect an unfair and painful reality that shouldn’t be allowed” and that every letter or parcel sent with them would “send a message against racial inequality.”

The campaign was launched during European Diversity Month in collaboration with Spain’s national SOS Racism Federation, a nonprofit group, and featured a 60-second video with Spanish hip-hop star and activist El Chojín.

But while the goal of Correos España was to “shine a light on racial inequality and promote diversity, inclusion and equal rights,” critics are accusing the company of having a tin ear for racial issues and misreading the sentiment of black people in Spain.

Antumi Toasijé, a historian who heads the government’s Council for the Elimination of Racial or Ethnic Discrimination, urged the postal service to stop selling the stamps.

“A campaign that outrages those it claims to defend is always a mistake,” he tweeted.

The main thrust of the public criticism was that the darker stamps have a lower value, giving the impression that light skin color is worth more.

Moha Gerehou, a 28-year-old Spanish author and a former president of SOS Racismo Madrid, said that was “an insurmountable contradiction.”

“At the end of the day, an anti-racism campaign has put out a clearly racist message,” Gerehou told The Associated Press Friday.

He put the controversy in the context of what he sees as structural racism in Spain, which often goes unacknowledged but can be detected in such aspects as commercial advertising, the Spanish language and in access to housing. “It’s all connected,” he said.

Correos España said it would make no comment on the controversy.

The postal service's initiative has divided Spanish anti-racism activists. While the national SOS Racism Federation backed it, the organization’s Madrid section poured scorn on the effort.

SOS Racismo Madrid said the campaign helps conceal the structural nature of racism and perpetuate the notion of black inferiority.

Any racially aware person would have identified what was wrong with the campaign, it said, adding that the blunder proved the need for more racially aware people in decision-making positions at companies.