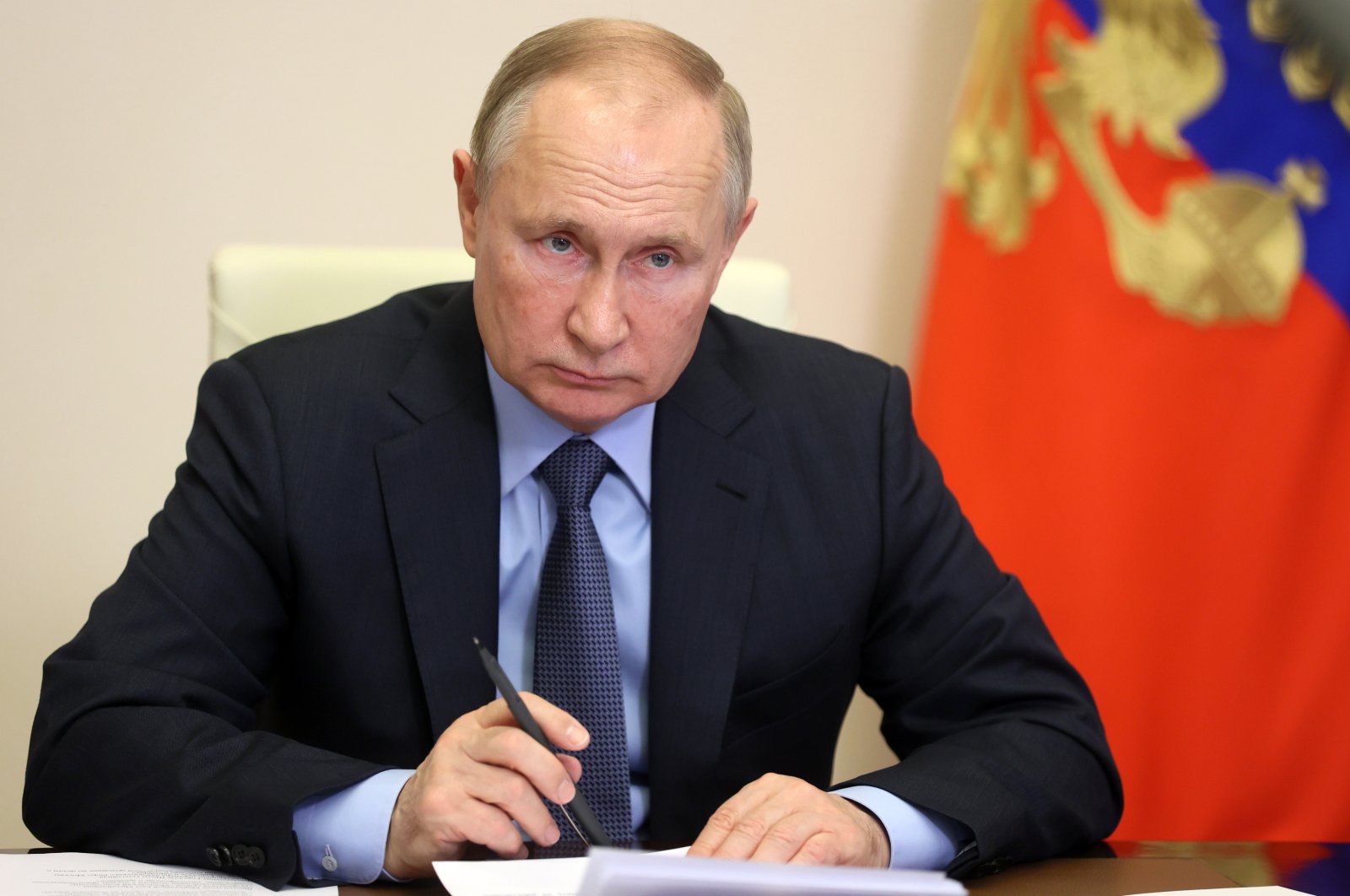 Russian President Vladimir Putin chairs a meeting of the Presidential Council for Civil Society and Human Rights via a videoconference call at the Novo-Ogaryovo state residence, outside Moscow, Russia, Thursday, Dec. 9, 2021. (AP Photo)
by Daily Sabah with AFP Dec 09, 2021 10:52 pm

"You and I know what is happening in Donbass," Putin said during a meeting of the Kremlin's human rights council, referring to the conflict zone in the east of the country, adding that: "It certainly looks like genocide."

The United States and its allies have for weeks warned that Russia may be planning an invasion of Ukraine.

Russia denies planning to invade Ukraine, but satellite pictures showing as many as 100,000 troops gathered on the border have set Western nations on edge.

Ukraine, which wants to join the NATO military alliance, has blamed Moscow for supporting separatists in the conflict in its east since 2014.

Russia sees itself as threatened by a NATO advance and wants to prevent the neighboring former Soviet republics Ukraine and Georgia from joining the alliance.

Russian forces annexed the Crimean Peninsula from Ukraine in February 2014, with Putin formally dividing the region into two separate federal subjects of the Russian Federation the following month.