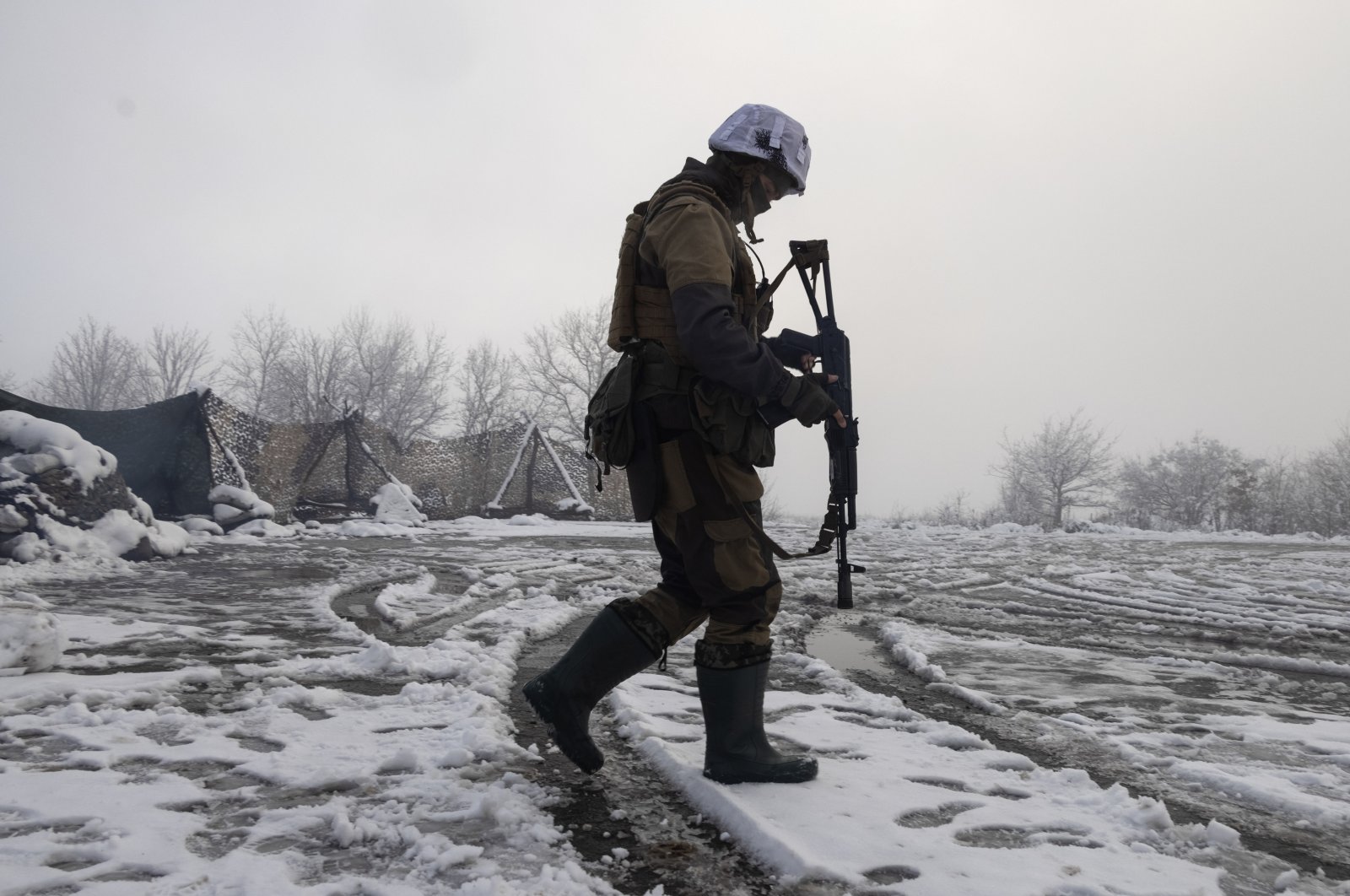 A Ukrainian soldier walks on the line of separation near pro-Russian rebels near Popasna, Donetsk region, Ukraine, Dec 7, 2021. (AP Photo)
by DAILY SABAH Dec 08, 2021 10:24 am
RECOMMENDED

“There is a need for decreasing tension through diplomacy and the prevailing of common sense,” Önal said in a video message sent to the Sofia security forum on the future of trans-Atlantic relations.

Saying that the forum comes at a time when the region and its vicinity are witnessing significant developments, Önal reminded the audience that NATO foreign ministers met last week in Riga and discussed the issue.

“As emphasized at the meeting, NATO should take a firm and common stance on matters of principle, maintain full solidarity and deterrence, while urging all parties to refrain from damaging and provocative actions.”

President Recep Tayyip Erdoğan said previously that Turkey could mediate between Ukraine and Russia amid increasing tensions in the region.

The United States and its allies have for weeks warned that Russia may be planning an invasion of Ukraine.

Russia denies planning to invade Ukraine, but satellite pictures showing as many as 100,000 troops gathered on the border have set Western nations on edge.

Ukraine, which wants to join the NATO military alliance, has blamed Moscow for supporting separatists in the conflict in its east since 2014.

Russia sees itself as threatened by a NATO advance and wants to prevent the neighboring former Soviet republics Ukraine and Georgia from joining the alliance.

Önal underlined the critical importance of NATO’s two-track approach regarding deterrence and engagement and said that Russia’s role is highly significant in the security of the region.

“In our own experience, we have succeeded in developing a similar approach in which it is possible to find common ground or at least agree on disagreements.”