Coronavirus case tally in Russia rises to more than 423,000 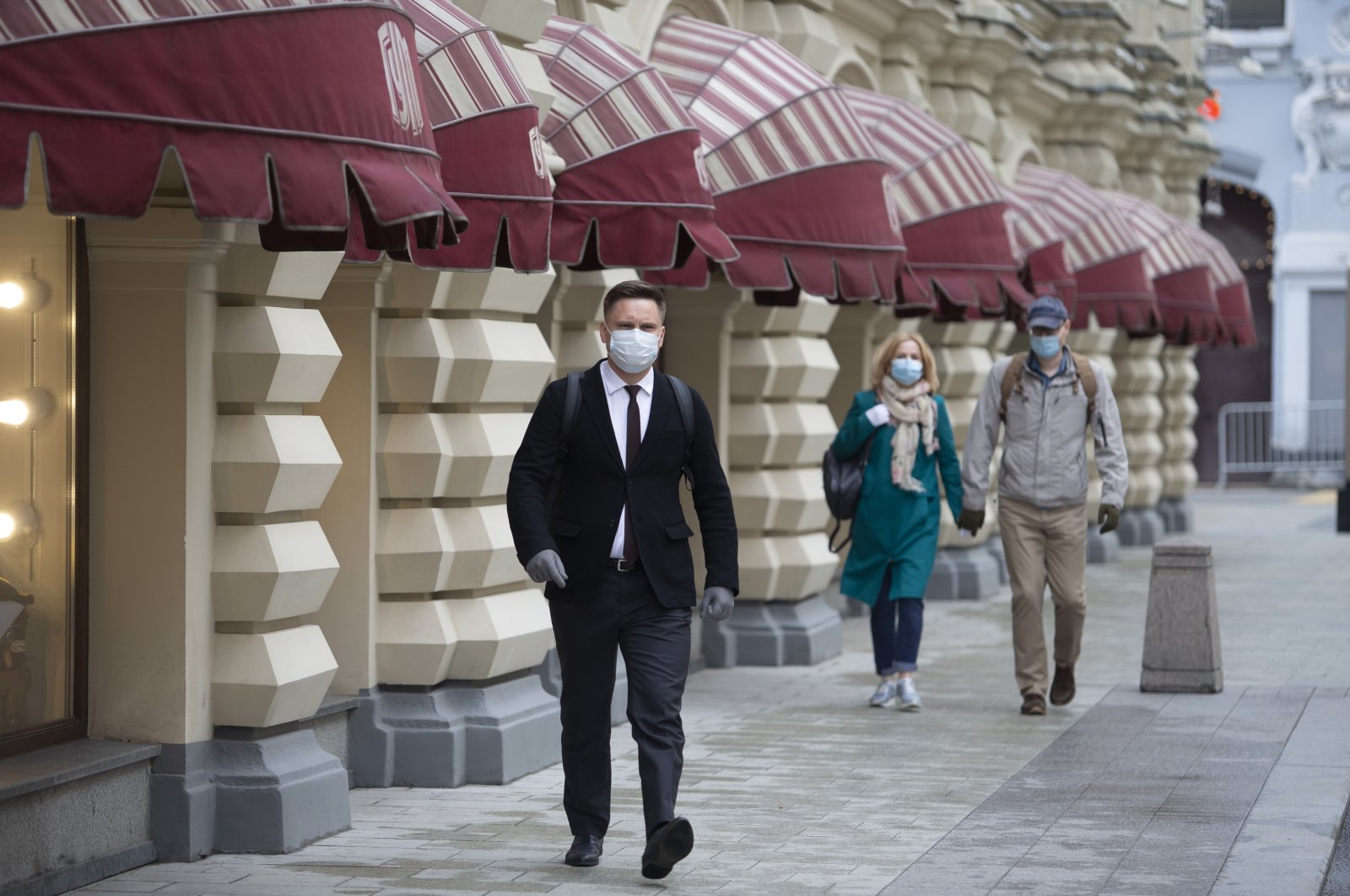 People wearing face masks and gloves walk to the entrance of GUM, also known as the State Department Store, after it reopened in Moscow, Russia, June 1, 2020. (AP Photo)
by Compiled from Wire Services Jun 02, 2020 10:49 am
RECOMMENDED

Russia reported 8,863 new cases of the coronavirus on Tuesday, pushing its nationwide tally to 423,741, the world's third-highest reported total.

The death toll rose to 5,037 after authorities said 182 people had died in the last 24 hours. However, the daily increase in patients infected with the coronavirus decreased to 2.1% from 2.2% the previous day, according to health authorities. Of the new cases recorded, 41.9%, or 3,715, were detected without symptoms.

Russian officials said more than 11.1 million tests for the detection of coronavirus infection had so far been conducted in the country.

Moscow residents ventured out to exercise, stroll and shop on Monday as the city eased a strict nine-week lockdown, but millions remained largely confined to their homes as Russia recorded thousands of additional coronavirus cases.

President Vladimir Putin has ordered officials to begin easing restrictions despite Russia having the world's third-highest number of confirmed infections. The president was due on Monday to present an ambitious economic recovery plan.

Putin said last week that Russia had overcome the peak of its epidemic and is anxious to get the country moving again, especially in Moscow, where he announced plans for a huge military parade scheduled for June 24.

Putin was scheduled to meet with Prime Minister Mikhail Mishustin on Tuesday to discuss proposals to restart an economy badly hit by lockdown measures and a sharp fall in oil prices.

Russia is the third hardest-hit country by the coronavirus in terms of the number of cases, following the U.S. and Brazil.