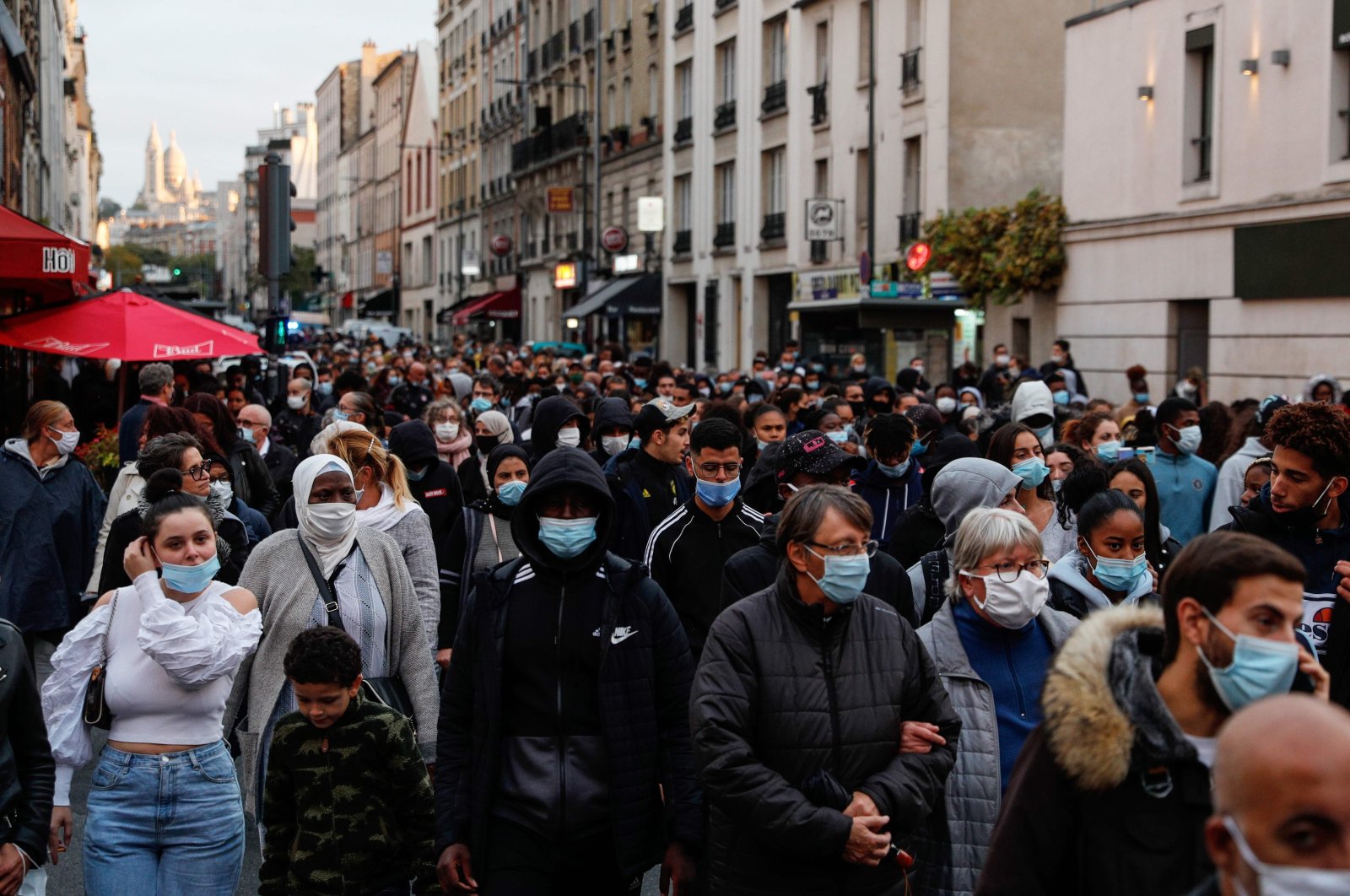 People walk on Sept. 25, 2020, in Saint-Ouen, north of Paris, as they take part in a commemorative march in memory of Sofiane and Tidiane, two youths who were shot dead in the city amid a backdrop of drug dealing. (AFP Photo)
by REUTERS Sep 26, 2020 12:17 am

The number of coronavirus cases in France has passed 500,000, authorities said Friday after recording a near-record daily jump in infections.

The total number stood at 513,034, Health Ministry data showed, taking France into a group of just 11 countries with more than half a million cases. The United States has the most, with 7 million.

Earlier on Friday, protesters in Marseille demanded President Emmanuel Macron's government reverse an order to shut down bars and restaurants in France's second-biggest city, the epicenter of a second wave of COVID-19.

In the past two weeks, France has recorded nearly 150,000 new COVID-19 cases, more than the 132,000 recorded during the two-month lockdown in the spring.

The number of people who have died from the infection jumped by 150 on Friday - triple the daily levels of the past week - to 31,661.

Both hospital numbers are still well below their highs of more than 32,000 and 7,100 respectively, set during the peak of the crisis in April.