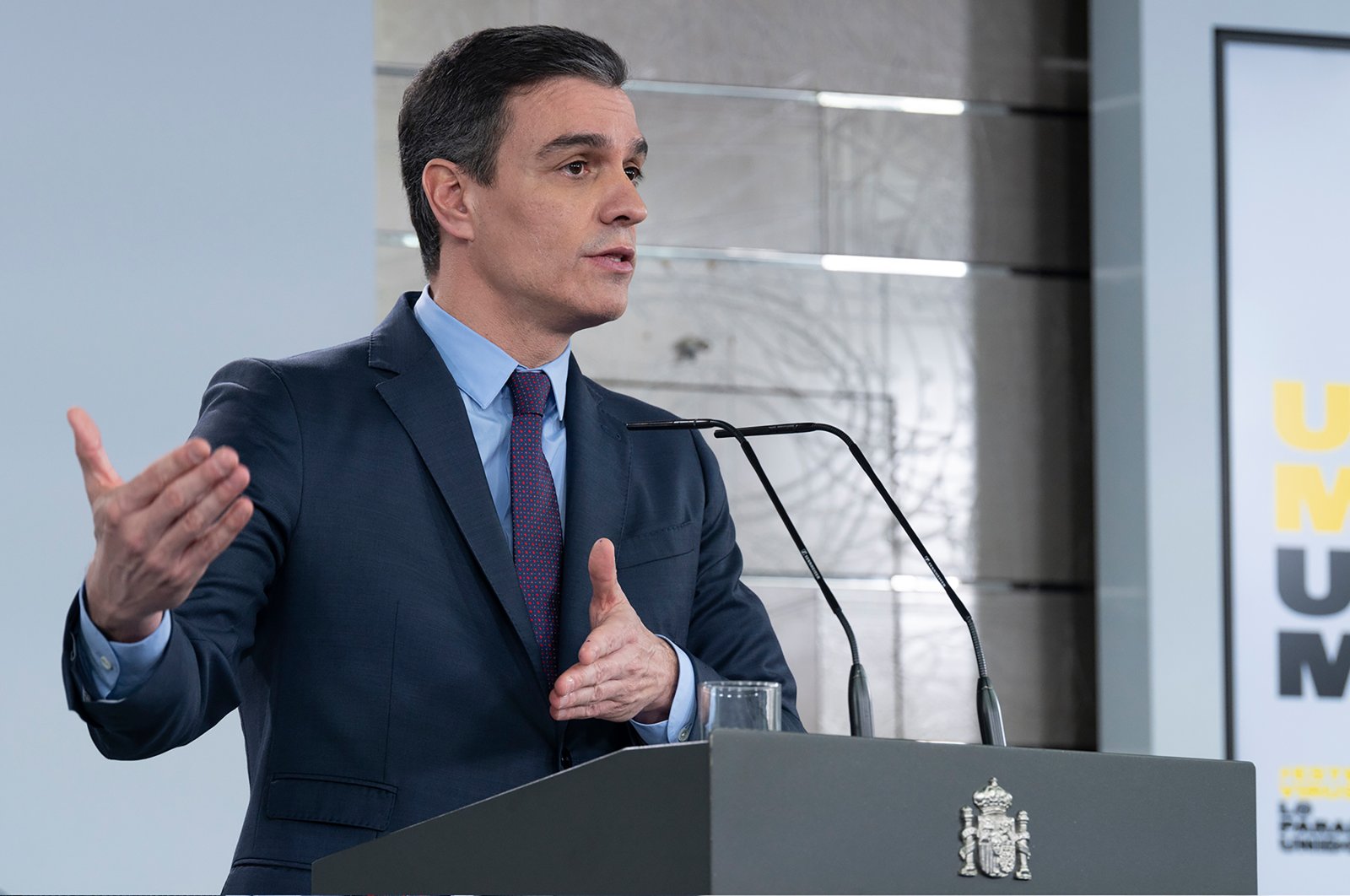 Spanish Prime Minister Pedro Sanchez simultaneously published an op-ed in seven European languages on Sunday, arguing that the coronavirus could be the undoing of the EU if it does not take more drastic measures to deal with the crisis.

"The circumstances are exceptional and call for unwavering positions: either we rise to this challenge or we will fail as a union. We have reached a critical juncture at which even the most fervently pro-European countries and governments, as is Spain's case, need real proof of commitment," he argued, calling the coronavirus "Europe's worst public health crisis since 1918."

The article was published by leading newspapers in the U.K., Germany, France, Italy, Portugal, Spain and the Netherlands.

Sanchez said he welcomes measures that have been taken at a European-level in recent weeks but argued that they fall far short of what is needed.

"Europe must build a wartime economy and promote European resistance, reconstruction and recovery," he said, adding: "And it must continue to do so when this health emergency is over, to rebuild the continent's economies by mobilizing significant resources through a plan we are calling the new Marshall plan."

On Sunday, Ursula von der Leyen, the head of the European Commission, also published an opinion piece calling on countries to ramp up the EU's budget and for a European Marshall Plan.

Spain has the most confirmed coronavirus cases in Europe and the second most deaths in the world after Italy. Its nationwide lockdown will last at least 45 days, and how its tourism and service-based economy will survive a slow return to normality is up in the air.

In March, Sanchez announced an unprecedented 200 billion-euro ($216 billion) aid package to help defeat the virus and mitigate the economic fallout.

Just as during the continent's last financial crisis, tension has been building for weeks among countries, including Spain, Portugal, France and Italy, which want to see Eurobonds released to raise money, and fiscally conservative ones, such as Germany and the Netherlands, that argue for more restrained measures.

"The United States responded to the recession of 2008 with a stimulus package, while Europe responded with austerity. We all know the outcome," wrote Sanchez on Sunday.

"The challenge we face is extraordinary and unprecedented. It calls for a single, united, radical, and ambitious response to preserve our economic and social system and protect our citizens."

Sanchez is the head of Spain's Socialist Party and holds a doctorate in economics.

Since appearing in Wuhan, China, last December, the coronavirus has spread to at least 183 countries and territories. More than 1.2 million cases of COVID-19 have been confirmed worldwide, according to data compiled by Johns Hopkins University. So far, over 66,500 people have died after contracting the virus, while more than 252,600 recovered after treatment.