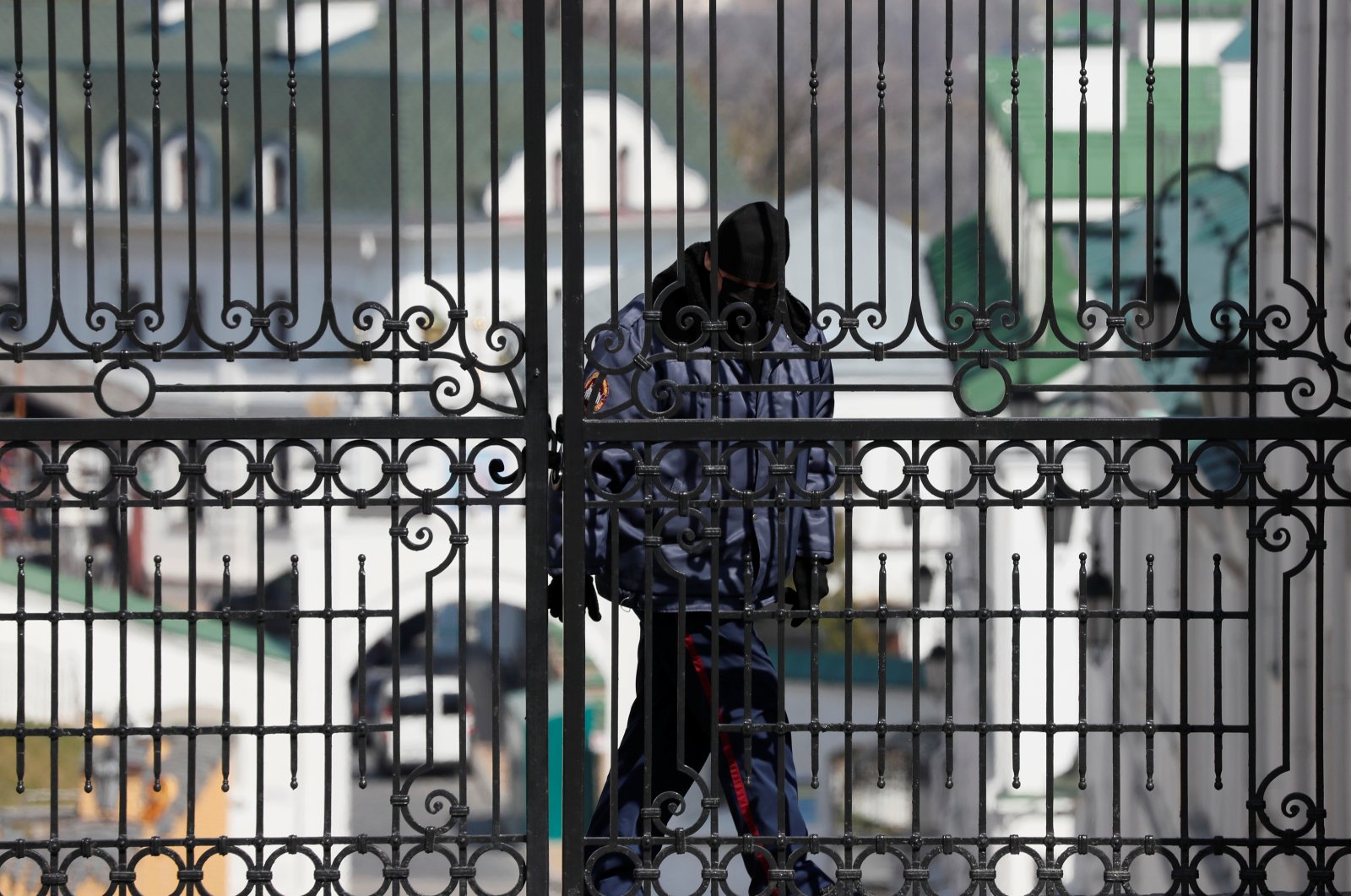 The coronavirus has infected 26 people at the 1000-year-old headquarters of Ukraine's Russian-backed Orthodox Christian denomination, which had urged worshippers to defy lockdown orders, according to figures released by the mayor of Kyiv.

Kyiv Pechersk Lavra is the headquarters for the Russian-backed wing of the Ukrainian Orthodox Church, often referred to as the Moscow Patriarchate. Its gold-domed towers and labyrinthine caves housing the mummified bodies of monks since the 11th century are among the capital's cultural treasures.

The Moscow Patriarchate last month said the coronavirus had been caused by human sin and could be fought with hugs, prayers and fasting. It has since fallen in line with the government's lockdown measures, moving church services online, disinfecting buildings and offering to house patients in monasteries.

The coronavirus has killed at least 57 people in Ukraine and the authorities aim to contain the spread of the disease in the run-up to Easter. Kyiv and its surrounding region have 430 out of a total of 1,892 cases.

Kyiv Mayor Vitali Klitschko told a briefing on Thursday that 26 members of the monastery had been infected and said it was hard to predict how the virus would spread further.

"That's why I am anxiously waiting for Easter this year," he said. "I met with representatives of all faiths several times. I said that they too must realize their responsibility for the safety of believers.”

Pechersk Lavra has not commented on how many of its members have been infected. Ukrainian media reported last weekend that the monastery's head, Metropolitan Pavel, had coronavirus. The monastery said Pavel had "no complaints" about his health.

President Volodymyr Zelenskiy's government has tightened lockdown measures, including making it compulsory for citizens to wear masks in public and allowing people to move around only alone or in pairs.

In a statement on Thursday, Zelenskiy cited a survey that said 70% of Ukrainians supported the government's lockdown measures and only 3% planned to go to church at Easter.

"It is great that Ukrainians are so responsible, and most citizens are aware of the high risks of the epidemic. After all, the peak is still ahead," he said in a statement. "Therefore, every effort should be made to prevent even 3% of believers from taking the risk," he added.

After years of hostility between Moscow and Kyiv, Ukraine now has two main branches of Orthodox Christianity, one of which recognizes the authority of the Patriarch of Moscow and one of which was recognized last year by other Orthodox denominations as having its own head.