Coronavirus infections could hit 19,200 a day in Germany, Merkel warns 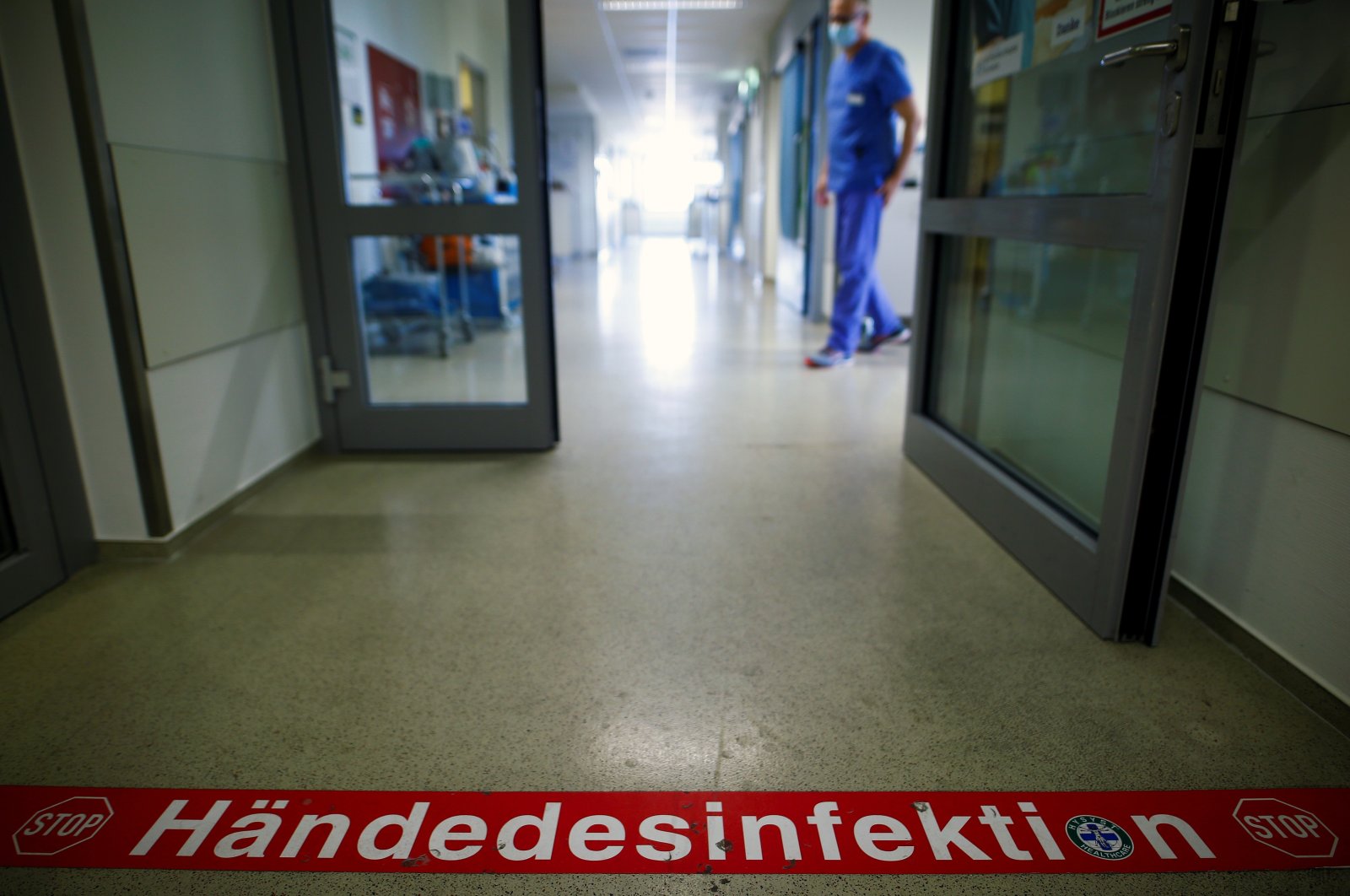 A member of the medical staff walks past a sign on the floor of an intensive care unit at the St.-Antonius-Hospital Eschweiler, Eschweiler, Sept. 25, 2020. (REUTERS Photo)
by REUTERS Sep 28, 2020 11:57 am
RECOMMENDED

Chancellor Angela Merkel told the leadership of her party on Monday that coronavirus infections could hit 19,200 per day in Germany if the current trend continues but stressed that the economy must be kept running, Bild newspaper reported.

Infections have been generally rising in Germany for weeks. Data from the Robert Koch Institute (RKI) for infectious diseases showed the number of confirmed coronavirus cases in Germany increased by 1,192 on Monday compared with Sunday.

"If the trend continues as it is now, we'll have 19,200 infections a day. That's like in other countries," Merkel told a videoconference of the leadership of her Christian Democrats (CDU), Bild said.

The mass-selling daily, which did not cite its source for the information, said Merkel had deemed the infection numbers in Europe as worrying and declared Germany needed to do everything it could to avoid the numbers rising exponentially again.

"We must quickly contain the infections and intervene," she was quoted as saying. "We must set priorities, namely keeping the economy running and keeping schools and nurseries open. Soccer is secondary to that for now."

A survey of attitudes to the pandemic published on Monday has revealed that more people in Germany believe they are at a high risk of becoming infected with the coronavirus, even as more disobey hygiene and social-distancing regulations.

According to the study by the Hamburg Centre for Health Economics (HCHE), 45% of people abide by social-distancing rules, and only 39% follow hand-cleaning guidelines. Hugs, kisses and handshakes are making a return, with just 58% avoiding all of these. In April, some 77% avoided such physical contact, the report said.

The study, which questioned people between September 8 and 19, found that nearly a quarter saw themselves at high risk of contracting the coronavirus. This was up three percentage points compared to June.

"We are seeing that the growing number of infections in Germany is make people fearful, but also that there is a certain fatigue developing when it comes to obeying rules," said HCHE head Jonas Schreyoegg.