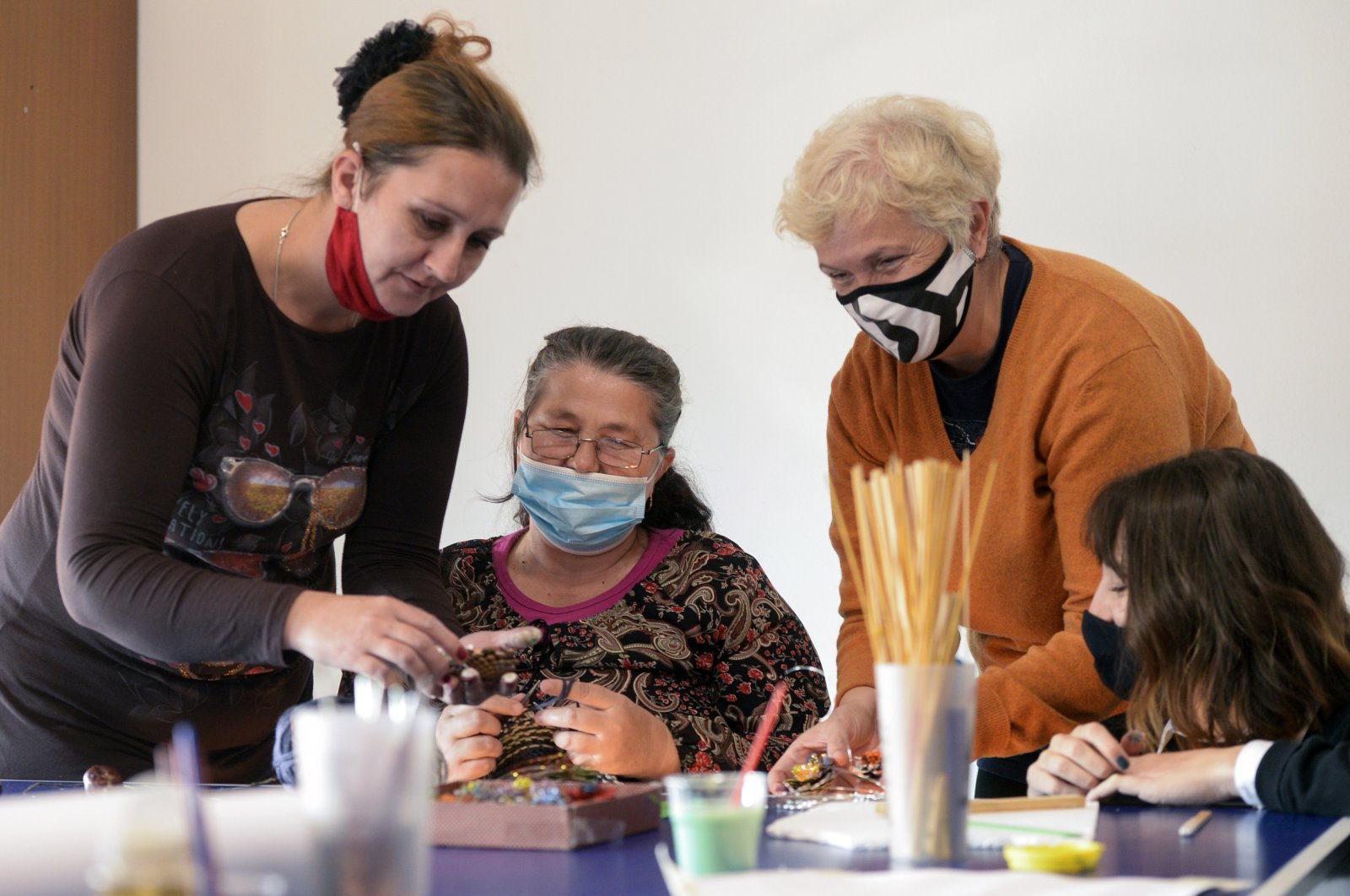 Memories of the Bosnian War are shaping Zdenka Sutalo's perception of the coronavirus. The 58-year-old unemployed woman attends group therapy sessions to work through the trauma of the 1992-95 conflict.

As a young woman in Sarajevo, she endured bombardment, hunger, electricity shortages and was forced to break off her university studies for good. Today she sometimes has to be reminded to see the novel virus as a serious risk.

"The war was my most difficult experience in life,” she said after a recent therapy session that included painting pinecones and exercising in a Sarajevo park with others. "As for the pandemic, the world survived plague and cholera and those are now just water under the bridge."

As coronavirus cases surge in Bosnia-Herzegovina, the pandemic is heaping more trouble on an impoverished nation that has never recovered economically or psychologically from a war that killed 100,000 people and forced 2.2 million from their homes.

Bosnian health authorities estimate that about half of the Balkan nation's nearly 3.5 million people have suffered some degree of trauma resulting from the war. Mental health professionals fear that the pandemic will now exacerbate mental health problems and other health risks, and are speaking of a surge of new patients coming into their practices in recent months.

Tihana Majstorovic, a Sarajevo psychologist who led the pinecone-painting session, said the war experience was leading some Bosnians to downplay the threat of the pandemic, increasing the risk of its spread.

"People who survived the war perceive danger differently. Often, if they are not hungry, cold or have mortars exploding over their heads, they do not feel they are in danger," said Majstorovic, who works for Menssana, a nongovernmental mental health group in Sarajevo. It has made them prone to "downplaying the threat, to behaving less responsibly than they should," Majstorovic said.

"It is not at all a healthy mechanism for adapting to a world threatened by an invisible virus." Remzija Setic, a clinical psychologist, said he, too, sees war survivors "recklesslessly” downplaying the risks of the virus.

But he also has patients who are suffering from heightened anxiety because some aspects of living through this pandemic are reminiscent of the war: being trapped indoors, seeing public spaces as dangerous, concern over getting food and separation from family and friends.

On top of that, pandemic fatigue is setting in. Setic said he is seeing a growing number of people, including many without diagnosed mental disorders, who complain of extreme irritability and physical exhaustion.

That fatigue is also leading some young Bosnians without memory of the war to be cavalier about the risk of a virus that has infected nearly 56,000 people and killed more than 1,350 in the country.

"During the past seven to eight months, our population, in general, has grown exhausted out of an abundance of information, so they are starting to resist,” Setic said. In some ways, Bosnia-Herzegovina is better equipped than some other countries to handle the challenges.

Because of the trauma from the war, the past-quarter century of recovery has included creating psychological support networks for a traumatized population. Thanks in part to initially abundant financial support from Western governments and international organizations, some 70 community-based mental health centers were established throughout the country.

"It is a fact that we have a lot of relevant experience... and that we’ve learned many lessons that we could share," said Goran Cerkez, the assistant health minister in the larger of Bosnia-Herzegovina's two highly autonomous regions.

Cerkez, who led a post-war effort to reform Bosnia-Herzegovina's mental health care system, noted that people from the neighboring nations of Serbia and Croatia – also born from the bloody breakup of ex-Yugoslavia – have been calling Bosnian hotlines set up to help people deal with pandemic-related stress.

Based on his experiences, he expects the psychological impact of the coronavirus pandemic, both in his country and globally, to be longer and more severe than its immediate medical impact.

"Many (collective) traumatic experiences have some things in common," Cerkez said. "They produce a sense of hopelessness and insecurity, a sense of uncertainty because it is impossible to predict how long they will last."