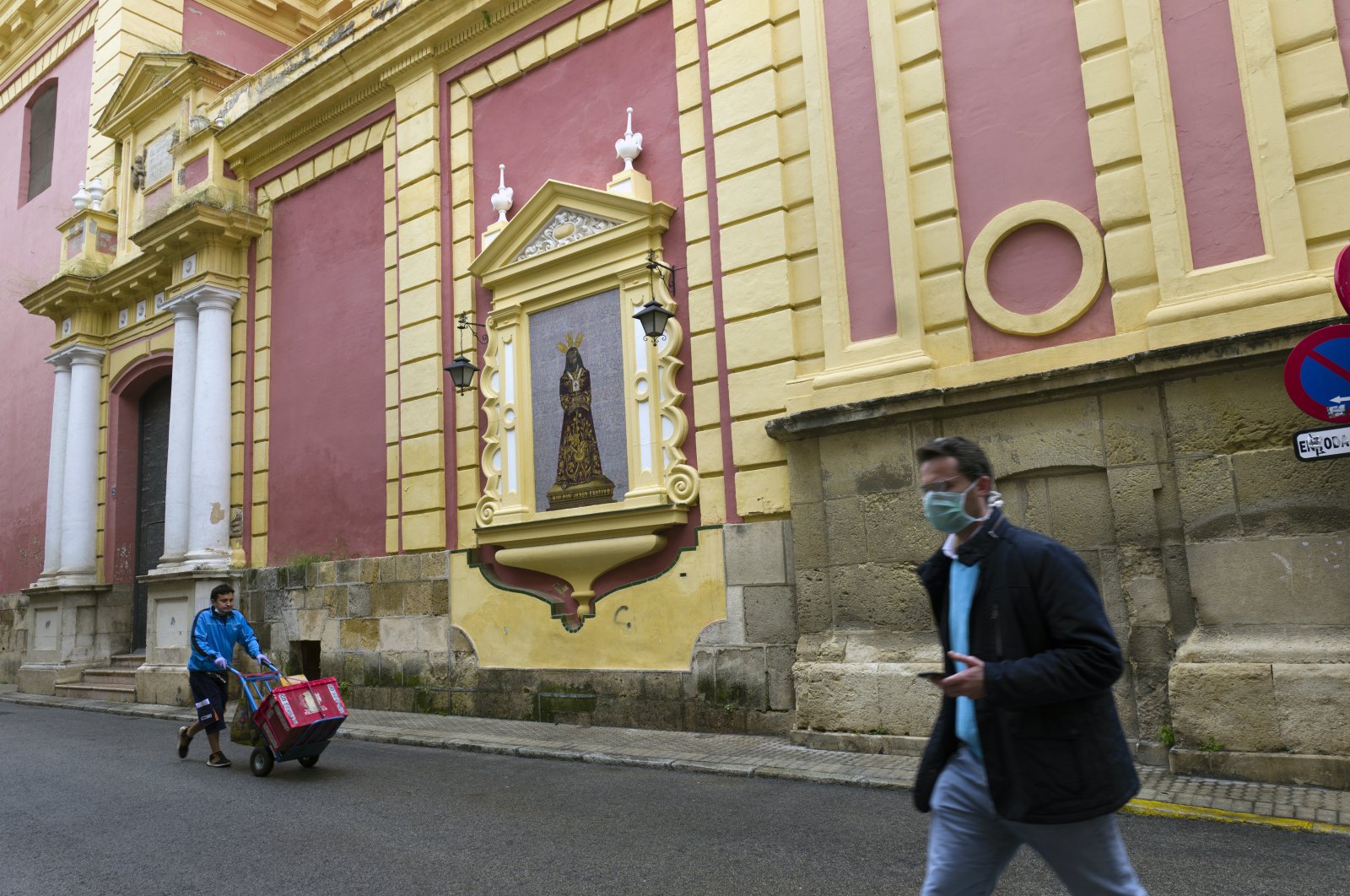 A delivery man walks past a large picture of Jesus Christ after a Holy Week procession was canceled due to the coronavirus outbreak in Seville, Spain, Tuesday, April 7, 2020. (AP Photo)
by DAILY SABAH WITH AGENCIES Apr 08, 2020 1:33 pm
RECOMMENDED

The World Health Organization (WHO) described the outbreak of the coronavirus in Europe as "very concerning" on Wednesday and urged governments to conduct "very careful consideration" before relaxing measures to control its spread, as death rates are still considerably high in many countries on the continent.

"A dramatic rise in cases across the Atlantic skews what remains a very concerning picture in Europe," Dr. Hans Kluge, WHO's regional director for Europe, said in a virtual briefing. "We still have a long way to go in the marathon."

Dr. Bruce Aylward, a senior adviser to WHO's director-general, returning from a trip to one of the worst-hit countries, Spain, said it was too early to speak of optimism but that the outbreak there was "definitely slowing down."

With 757 more deaths confirmed from the coronavirus, Spain's death toll jumped to 14,555 on Wednesday.

Wednesday's daily death toll came in slightly higher than 743 on Tuesday, but still down from a daily high of 950 last Thursday.

Another 6,180 cases were confirmed in the last 24 hours, according to the Health Ministry data, bringing the total number of positive cases to 146,690.

Health Minister Salvador Illa clarified on Tuesday that Spain has one of the "most demanding and rigorous" definitions of coronavirus in Europe and only those who tested positive for the virus are counted in the official death toll.

In Germany, the death toll from coronavirus crossed 2,000 on Wednesday, while the total number of cases neared 110,000, according to local health authorities.

Data analysis firm Risklayer and Karlsruhe Institute of Technology, which compiles real-time figures from nearly 400 local authorities, reported 207 new deaths over the past 24 hours, bringing the toll to 2,017.

Authorities in Italy, another virus-hit country with over 16,500 deaths, appealed to people ahead of Easter weekend not to lower their guard and to abide by a lockdown now in its fifth week, even as new cases dropped to a level not seen since the early weeks of the outbreak.

In France, the number of dead passed the bleak milestone of 10,000, climbing to more than 10,300, said Jerome Salomon, the country's national health director.