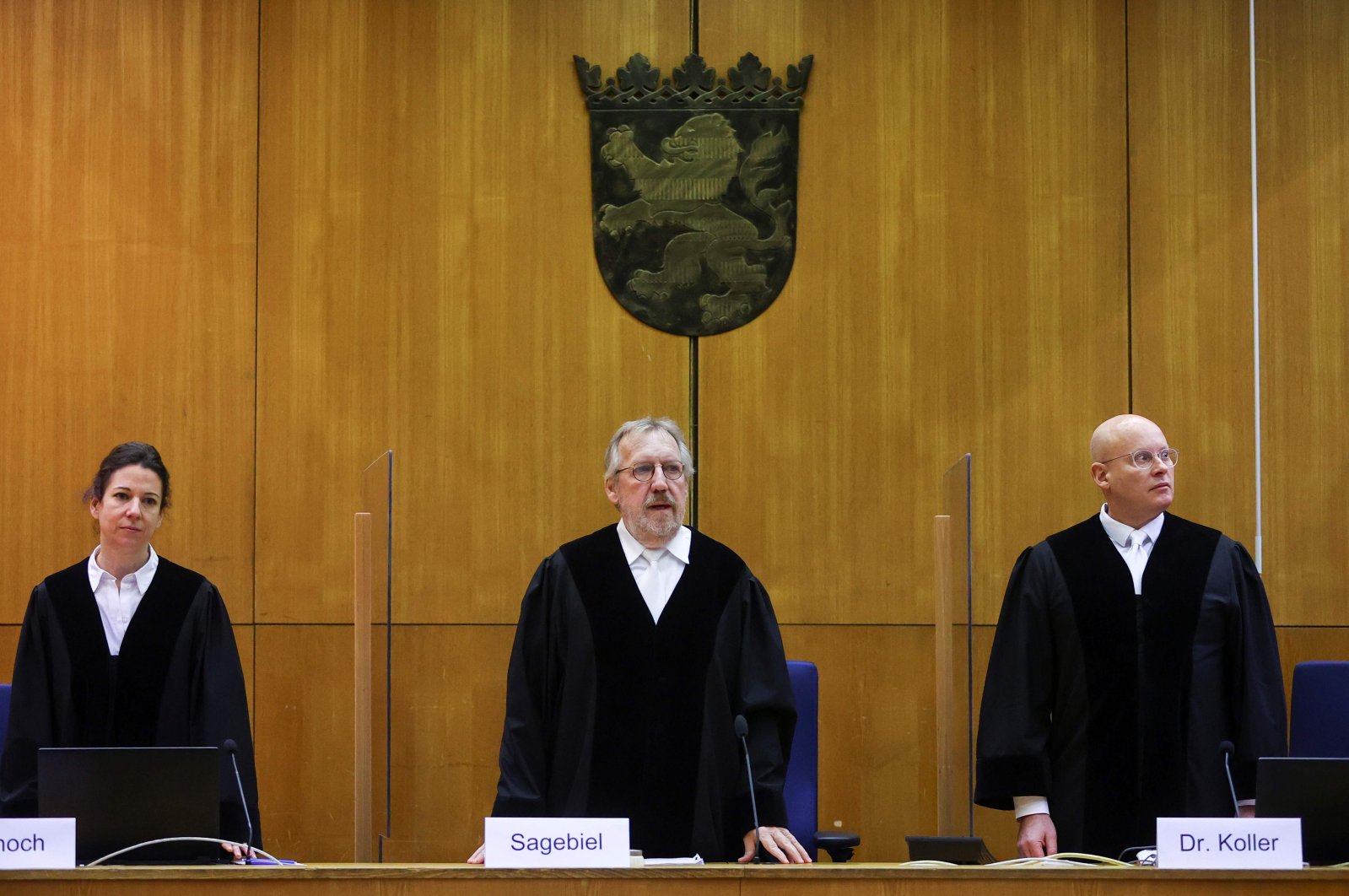 Presiding Judge Thomas Sagebiel (C) stands between judges Miriam Adlhoch (L) and Christoph Koller (R) in the courtroom prior to the verdict in the case of the murder of Walter Luebcke, at the Higher Regional Court in Frankfurt am Main, western Germany, Jan. 28, 2021. (AFP Photo)
by German Press Agency - DPA Jan 28, 2021 9:50 pm
RECOMMENDED

Members of foreign armies may face trial for war crimes in Germany, a top court decided in a landmark ruling on Thursday.

The officers of foreign states, such as members of foreign armies or secret services, are not protected by immunity in these cases, the Federal Court of Justice (BGH) ruled.

The ruling "explicitly confirms the ongoing practice of the federal prosecutor's office to also take the officers of foreign states to German court for the most serious international crimes," chief prosecutor Christoph Barthe said.

The ruling concerns the case of a former Afghan lieutenant who was accused of hitting three Taliban fighters during questioning and threatening to torture them, as well as hanging the body of a Taliban officer up for display.

In 2019, a Munich court had sentenced the lieutenant to two years in prison on charges of battery.

But because of the seriousness of the crimes, they should be considered war crimes, the BGH ruled.

The ruling is based on the principle of universality, according to which states may claim jurisdiction over an accused regardless of their nationality or where the crime was committed if the crime is considered very serious.

Recently there had, however, been international controversy over whether people holding public positions for a state are protected by immunity from prosecution in a foreign country.

The ruling confirms that Germany never "was, is and will be" a refuge for people who committed serious crimes, presiding justice Juergen Schaefer said, adding that this was in line with rulings in other countries.