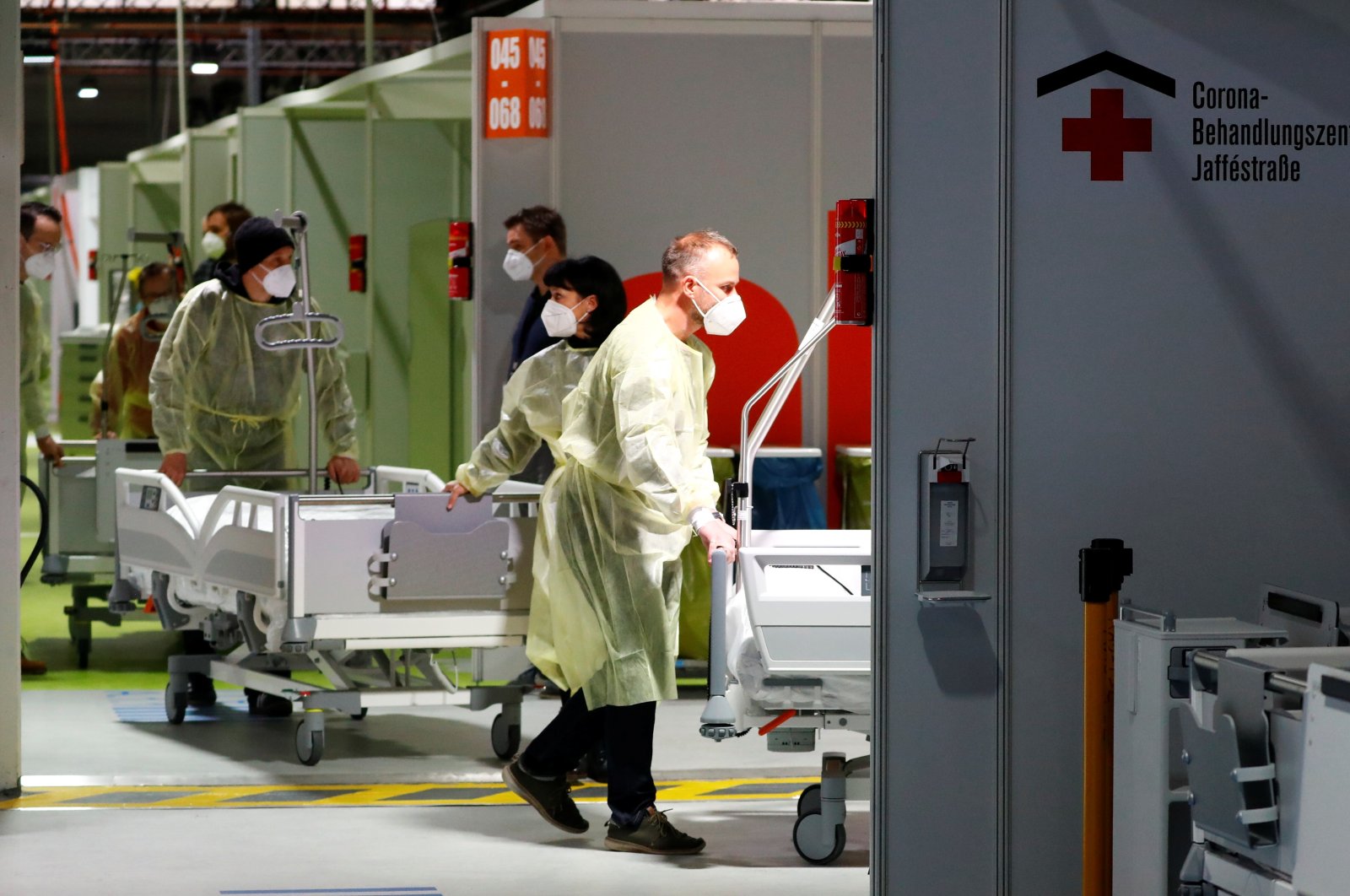 The global second and third wave of the coronavirus is testing health care systems with a record number of deaths and infections all around the world while countries that have had strong success against the virus are also cracking down on new outbreaks.

COVID-19 has infected more than 60 million people worldwide, with over 1.4 million deaths. The global increase of COVID-19 cases in recent weeks has been driven by a surge in Europe and the United States.

The U.S., already the world’s hardest-hit country by the coronavirus, is experiencing a third and worst-by-far spike in coronavirus infections. The U.S. has reported over 1 million new COVID-19 cases in less than a week, taking its total reported infections to nearly 13 million, more than a fifth of all infections recorded worldwide, while its death toll has risen to 260,000. The number of new daily cases has neared 200,000 for the past several days. That's about five times the number of new daily cases the U.S. reported as recently as September, according to the World Health Organization (WHO).

Europe remains another hard-hit region, accounting for 28% of global COVID-19 cases and 26% of deaths, with signs of overwhelmed health systems, according to the WHO.

Germany on Friday crossed the 1 million mark of coronavirus cases since the outbreak of the pandemic, health authorities said. It became the fifth country in Western Europe to register over 1 million COVID-19 infections after Spain, France, the U.K. and Italy. Germany's tally reached 1.06 million on Friday, as 22,806 new cases were recorded across the country in the past 24 hours, according to the country's disease control agency. The Robert Koch Institute also reported 426 deaths from the coronavirus, the highest one-day spike since the start of the pandemic. The official tally of deaths reached 15,586. The German government announced on Wednesday that it has decided to extend "partial lockdown" measures until Dec. 20 amid a continued rise in new cases. According to the measures, bars, restaurants, hotels, cultural and leisure facilities will remain closed for at least another month.

Turkey on Thursday reported its highest daily number of infections since the beginning of the pandemic. Data showed that the country recorded 29,132 COVID-19 cases, including asymptomatic ones. From July until Wednesday, Nov. 25, Turkey had only reported symptomatic cases, of which there were 6,876 on Thursday, raising the total number to 474,606. The daily number of coronavirus deaths also hit a record high for a fourth consecutive day with 174 on Thursday. As the upward trend in the number of patients continued in the country, Turkey announced last week a series of new measures, including a partial curfew effective on weekends from 8 p.m. to 10 a.m.

Russia has reported a sharp daily spike in coronavirus cases. Officials reported 27,543 new confirmed infections Friday, over 2,000 more than the day before. Moscow and St. Petersburg reported record numbers of new cases, with 7,918 and 3,687, respectively. The surge brought Russia's total in the pandemic to over 2.2 million, the fifth-highest number in the world. Russia’s coronavirus task force has also reported 38,558 virus-related deaths. More than 400,000 members of the Russian armed forces will be vaccinated against the coronavirus, Defense Minister Sergei Shoigu said on Friday in comments carried by the Russian news agency Interfax, Deutsche Presse-Agentur (dpa) reported. About 80,000 of those military members should receive the vaccination by the end of next month, Shoigu said, noting that only about 2,500 have received the vaccination so far.

"The situation is extremely serious and acute, as all of the 17 metropolitan cities and provinces and especially all the 25 districts in Seoul are reporting new cases," Prime Minister Chung Sye-kyun told a meeting on COVID-19 responses, as reported by The Associated Press (AP). The daily tally of 569 came a day after the numbers hit the highest level since March 6, when South Korea was reeling from the first major COVID-19 outbreak outside China. Of the latest cases, 525 were domestically transmitted and more than 64% of those were from the Seoul metropolitan area, according to the Korea Disease Control and Prevention Agency. Authorities said the fresh wave is more difficult to trace and contain than early outbreaks, which were concentrated in a specific region or among a certain religious group. As part of frantic efforts to guard against the coronavirus and its economic damage, North Korean leader Kim Jong Un has ordered at least two people executed, banned fishing at sea and locked down the capital, Pyongyang, South Korea’s spy agency told lawmakers Friday.