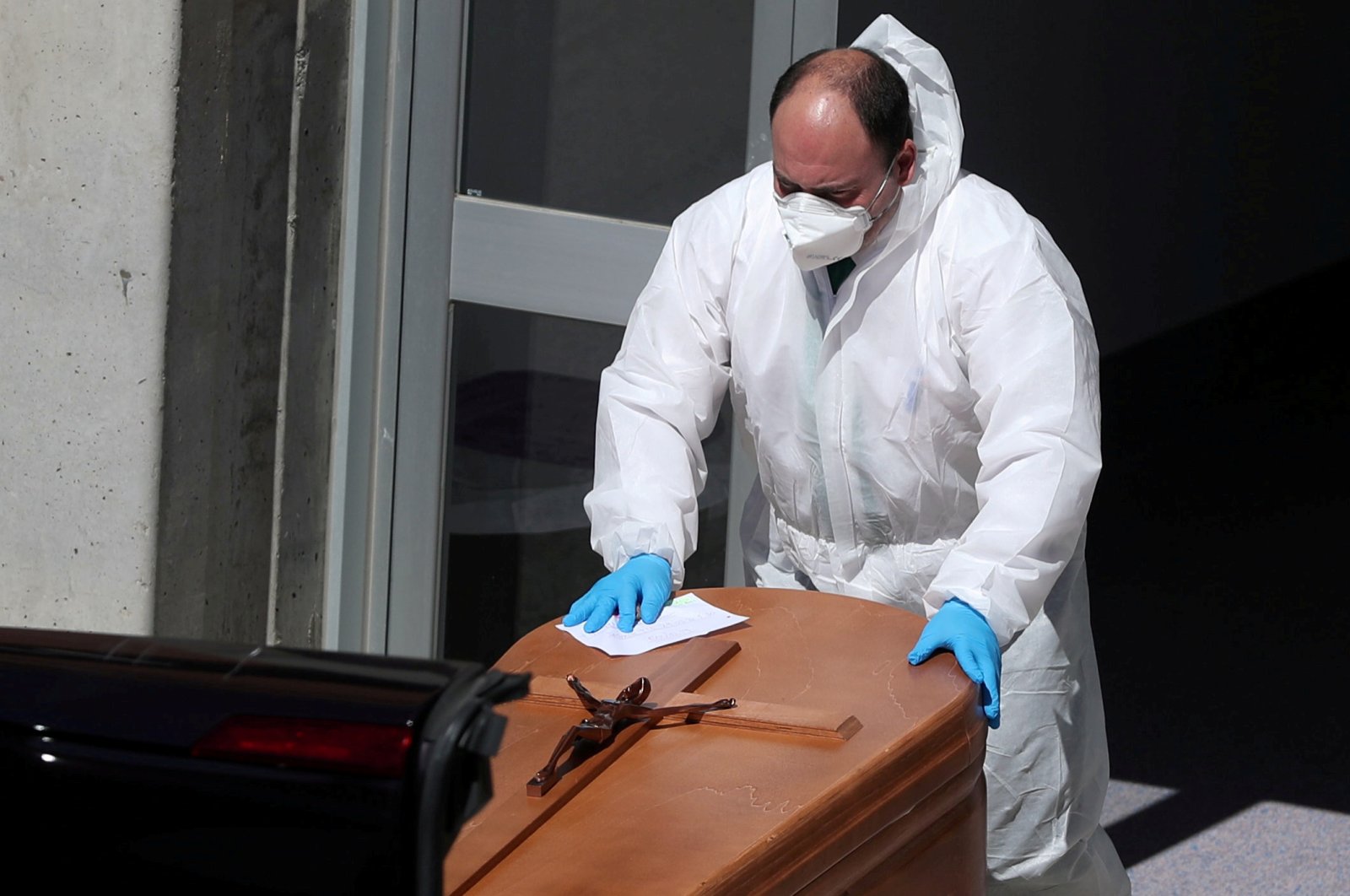 A funeral worker wearing a protective suit carries a coffin out of the morgue at Severo Ochoa Hospital, during the COVID-19 outbreak in Leganes, Spain, Thursday, March 26, 2020. (Reuters Photo)
by French Press Agency - AFP Mar 27, 2020 2:06 pm

The death toll in Spain soared over 4,800 Friday after 769 people died in 24 hours, in what was a record one-day figure for fatalities in the country, the government said.

Spain has the world's second-highest death toll after Italy, and has so far suffered 4,858 deaths, while the number of cases jumped to 64,059.

Although the figures showed a daily increase of nearly 8,000 new infections, the uptick comes as Spain moves to dramatically increase its rate of testing, ordering millions of new kits from around the world.

Despite the increase, the rate of new infections appears to be slowing, registering a 14% increase compared with 18% on Thursday.

Even so, the number of deaths over a 24-hour period was far higher than Italy, which counted 662 deaths in its last update on Thursday night.

Italy has so far suffered 8,165 deaths as a result of the epidemic with 80,539 people infected.

Until Thursday night, Italy had registered the largest number of declared cases until it was overtaken by the United States, where 85,991 people have now tested positive for the virus.

Spain implemented a stringent nationwide lockdown on March 14 which will not be lifted until at least April 11, with the latest figures raising hope that the measures to curb the virus were beginning to take effect.