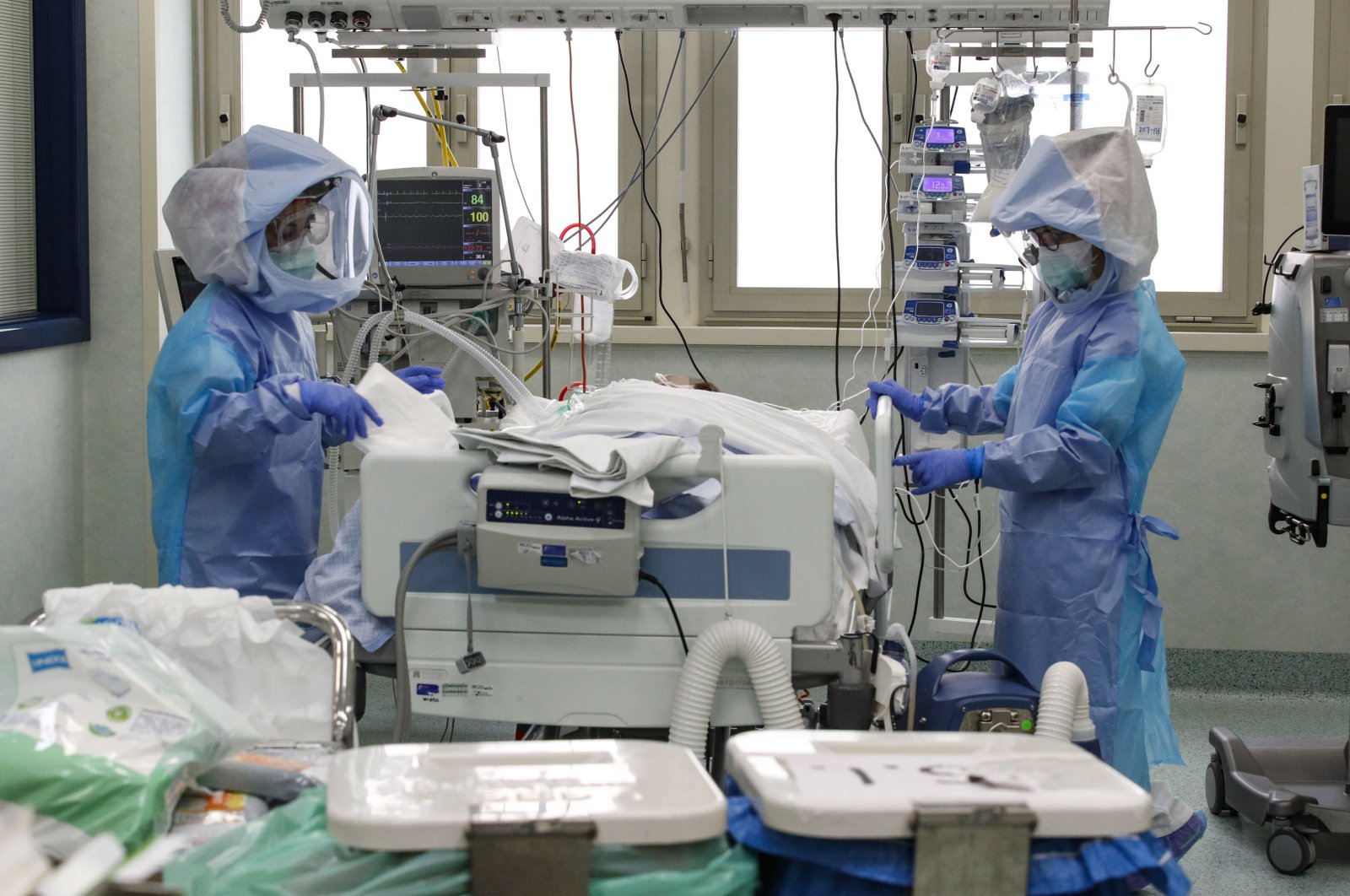 The latest tallies broadly confirm what experts describe as a plateau of new cases and deaths, which are no longer accelerating but are still not falling steeply.

The total death toll since the outbreak came to light on Feb. 21 rose to 18,849, the Civil Protection Agency said, the highest in the world.

The number of officially confirmed cases climbed by 2.75% – or by 3,951 new cases – to 147,577, the third-highest global tally behind those of the United States and Spain. The daily increase has been under 4% since Sunday, compared to more than 20% in early March.

There were 3,497 people in intensive care on Friday against 3,605 on Thursday – a seventh consecutive daily decline.

Of those originally infected, 30,455 were declared recovered against 28,470 a day earlier.

Late Friday, Italian Prime Minister Giuseppe Conte said that national lockdown measures against the spread of the novel coronavirus will be extended until May 3.

Calling it "a difficult but necessary decision," Conte said that the extension of lockdown includes factories and added that if before May 3 the conditions are in place they will act accordingly.

He also stated that among a few exceptions to lockdown, stationers and clothes shops for children and bookshop can open on April 14.

Nationwide restrictions were first introduced on March 10 and were due to expire on April 13.