COVID-19 rebounds across Europe as Spain reemerges as epicenter 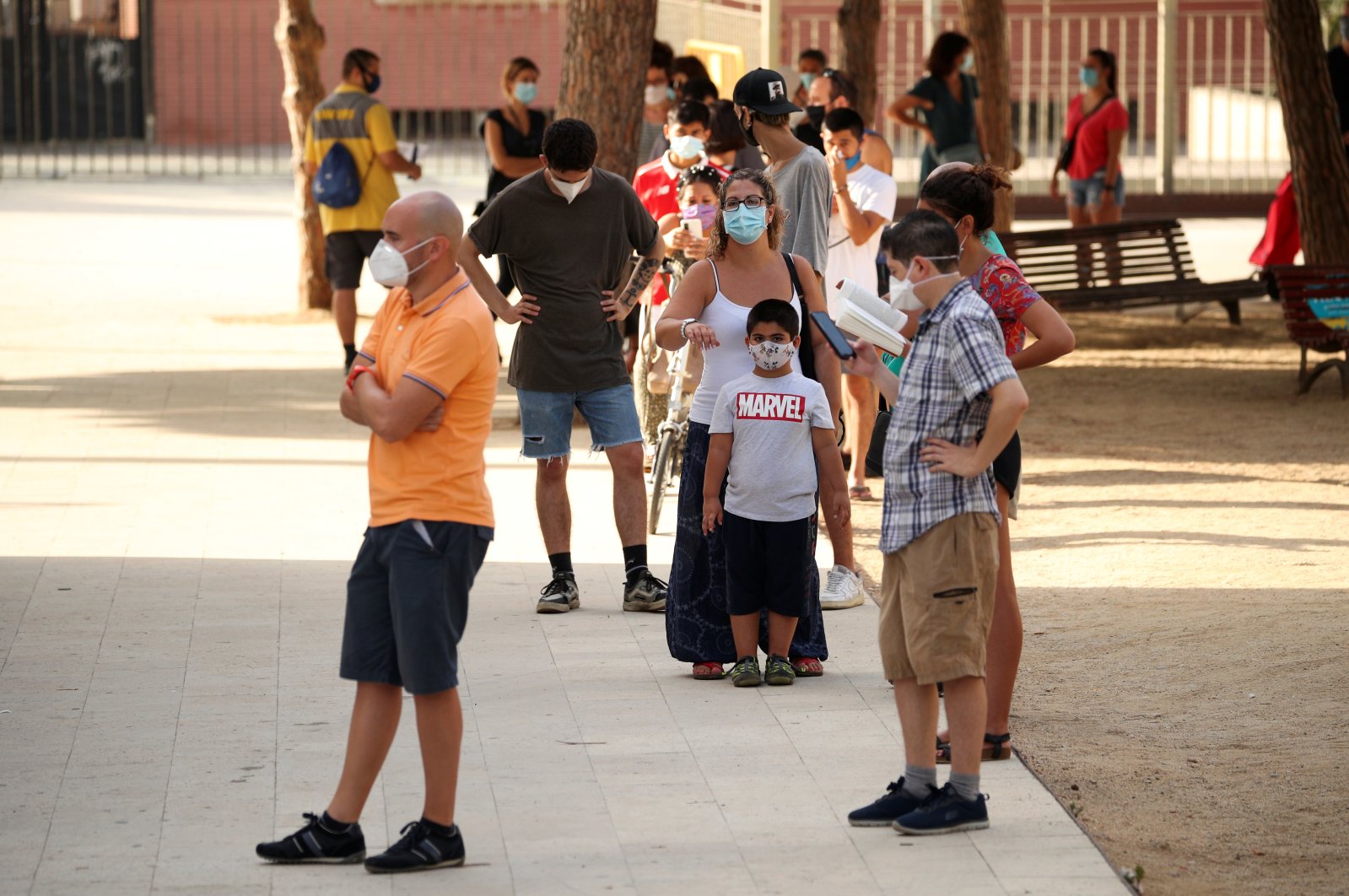 Spain, where nearly 30,000 people have died from the coronavirus, has reemerged as the epicenter of the coronavirus outbreak in Europe as an alarming spike in confirmed cases showed the pandemic was rebounding across the continent due in part to travel, summer holidays and parties.

Italy registered 845 new cases on Thursday – its highest daily tally since May while France reported 4,700 fresh infections, a massive increase from the previous day. Spain's daily increases, however, topped even those of France. Spain counts 130 virus cases per 100,000 people, a much higher rate than in neighboring countries in the European Union. The rates in France and Germany are 43 and 17, respectively.

The Spanish health ministry's emergency director warned Thursday that "things are not going well" in his country's fight to ramp down COVID-19 transmission. Fernando Simon urged social media influencers to help make young Spaniards, in particular, aware of the ongoing danger of contagion. "Nobody should be in any doubt, things are not going well ... We cannot let the situation elude us again," Simon said during a press conference.

Many of the new cases are asymptomatic with the number of hospitalized sufferers as well as fatalities well down from the peaks in the spring. Simon stressed the main risk was that hospitals could find themselves overwhelmed with admissions if the number of cases keeps rising.

WHO warns against lockdowns

Despite the rise in cases, a top World Health Organization (WHO) official said additional lockdowns should not be necessary. "With the basic nationwide and additional targeted measures, we are in a much better position to stamp out these localized virus flare-ups," the head of the WHO's European branch, Hans Kluge, told reporters. "We can manage the virus and keep the economy running and an education system in operation," he added.

The coronavirus pandemic may have driven as many as 100 million people back into extreme poverty, World Bank President David Malpass warned Thursday. The Washington-based development lender previously estimated that 60 million people would fall into extreme poverty, but the new estimate puts the deterioration at 70 million to 100 million. He said "that number could go higher" if the pandemic worsens or drags on, which is possible.

Meanwhile, the death toll from the virus in Latin America surged past 250,000. Nine months after the virus began sweeping across the world from China last December, the pandemic has hit the Americas harder than anywhere else. Latin America and the Caribbean recorded nearly 6.5 million infections and 250,969 deaths by 10 p.m. GMT Thursday, according to an Agence France-Presse (AFP) tally based on official national figures. Globally, the virus has infected 22 million people and claimed at least 788,242 lives. Brazil is the region's worst-affected country with 3.5 million cases and more than 112,000 deaths. The South American giant is second only to the United States as the world's worst-hit country.

Elsewhere, South Korea added its most new virus cases in months on Friday, driven by a surge around the capital that appears to be spreading nationwide. The 324 new infections were its highest single-day total since early March and the eighth consecutive triple-digit daily increase. Most of the people recently infected live in the densely populated Seoul metropolitan region, where health workers are scrambling to track transmissions from various sources, including churches, restaurants, schools and workplaces.

Worrying trends emerged in India as a new study suggested more than a quarter of Delhi's 20 million people may have been infected without showing symptoms, backing up several similar studies. The figures added urgency to the desperate bid to find a vaccine for the virus.

Russia announced on Thursday it was pushing forward with testing its candidate drug, known as Sputnik V, on more than 40,000 people. Russian officials have already hailed the drug as a success even as experts questioned the rigor of the testing regime. Several drugs are approaching the mass-testing phase, and countries around the world have been preordering many millions of doses.