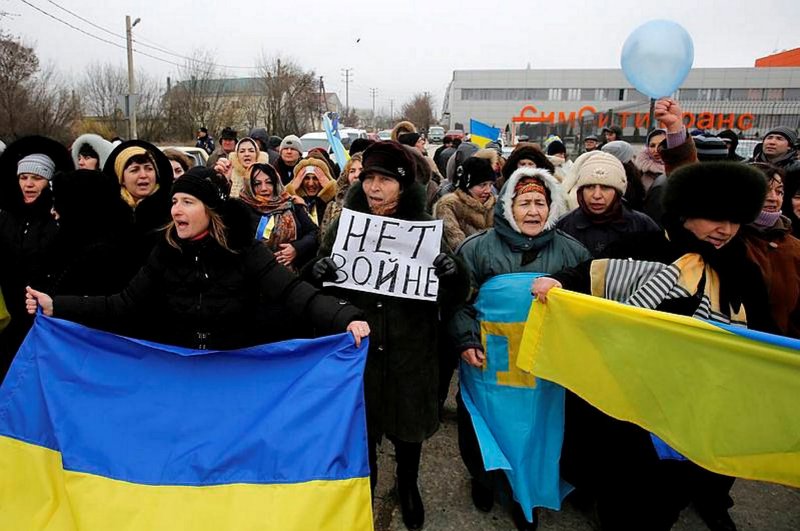 In 2014, Russia shocked the world by sending its troops to Crimea and then annexing the Ukrainian peninsula. People around the globe were watching these events unfold with perplexity and confusion. The move was not unprecedented for Russia, however. More than 200 years ago Russia, as an empire at the time, had already unlawfully seized Crimea for the first time.

A long Russo-Turkish War concluded in 1774 with the signing of the Treaty of Küçük Kaynarca. According to the agreement, the Crimean Khanate left the Ottoman suzerainty to become an “independent” state. Confused by the treaty, which called for the establishment of an autocratic ruler in Crimea, the Crimean Tatars, or the Kırımlı, sent a petition to the Ottomans demanding a return to the custom of electing the khan with the approval from Istanbul. But the Ottomans chose to abide by the deal, while the Russians did not, leading to a turbulent period of nine years marred by continuous Russian interference into Crimean affairs and several revolts by the Crimean Tatars.

In the end, after a yearslong Russian-backed push to implement unpopular reforms through a puppet khan, Şahin Giray, Catherine II ordered the annexation of Crimea in 1783. At the time, one of the empress’ closest advisors argued that Russia was forced to incorporate Crimea by the Ottomans, who did not want to abide by their treaty. However, as historian Alan W. Fisher pointed out in his book "The Crimean Tatars,": “The real opposition to the requirements of the Treaty of Küçük Kaynarca had never been in Istanbul; it had been within the Crimea.”

According to Fisher, Şahin Giray’s Russian-dictated policies of change left the Kırımlı elites with no choice but to resist.

“The independence of the Crimea during this period was no more than a sham perpetrated and perpetuated by the force of Russian arms,” he wrote.

The Russian colonization of the Black Sea peninsula that started during the years of “independence” picked up its pace at the end of the 18th century. The Crimean Tatars, who for centuries have had an undisputed majority in Crimea, in the Russian Imperial Census of 1897 made up only 35% of the peninsula’s population, while Russians were in a close second with a little over 33%. Thirty years later these figures changed to 42% versus 25% in favor of the Russians, who kept settling in Crimea throughout the 20th century, including after the Crimean Tatar deportation of 1944, which some regard as an act of genocide.

Fast forward to 2014, now modern Russia invaded Crimea as Ukraine was reeling from a bloody monthslong revolution that toppled a corrupt Moscow-backed government. The occupation was again met with resistance, mainly led by the Crimean Tatars, the peninsula’s indigenous people. Yet in a matter of days, Russia held a sham referendum under the supervision of its armed forces and annexed the territory against the will of its people again.

The international community overwhelmingly rejected Russia’s actions as both illegal and illegitimate. The U.N.’s top body, the Security Council, failed to take any action or even condemn the annexation since Russia, as a permanent member, has a right to veto any decision that is not to its liking.

Since Moscow established de facto rule over Crimea, numerous cases of brazen human rights violations against anyone voicing dissent have been reported, including intimidation, detention, forced disappearances and unwarranted raids of homes and businesses.

The crackdown mainly focused on the Kırımlı. Since 2014, Crimean Tatar’s highest self-governing body, the Mejlis, has been outlawed, while Crimean Tatar media organizations have been forced to shut down. Several Mejlis leaders and Crimean Tatar activists were declared persona non grata. Tens of thousands fled the peninsula fearing repercussions for opposing Russian rule.

Last year, Amnesty International said, “The crackdown on the Crimean Tatar community, whose members are regarded as disloyal to the de facto Russian authorities, has continued unabated for five years.”

“The Russian authorities will use any means to suppress any dissent, real or perceived, casting their net wide to target the Crimean Tatar community and silence dissenting voices,” it added.

Scores of Ukrainian and Crimean Tatar activists have been brought to Russian prisons from the peninsula. Many were handed lengthy jail terms on politically motivated charges.

In November, one of these prisoners, Ukrainian filmmaker Oleg Sentsov, picked up the Sakharov Prize – a year after he won Europe’s top human rights award. Sentsov spent five years in a prison colony in Russia’s Arctic far-north where he was held on terror charges. He was freed in a prisoner swap in September. He opposed the annexation and staged a 144-day hunger strike to protest the jailing of dozens of Ukrainians in Russia.

As the crackdown continues, many remain critical of the annexation to this day and patiently hope for the end of Russian rule. They are now joined by those, who are becoming disillusioned with joining Russia. Despite lavish investment, the economic situation in Crimea is rather gloomy and the once easily accessible peninsula remains isolated from the world.

A couple of weeks from now, on March 18, Russia will hold another pompous celebration of the sixth anniversary of Crimea’s annexation, while a large part of the peninsula’s more than 2 million-strong population lives in the climate of fear created by an occupying power.