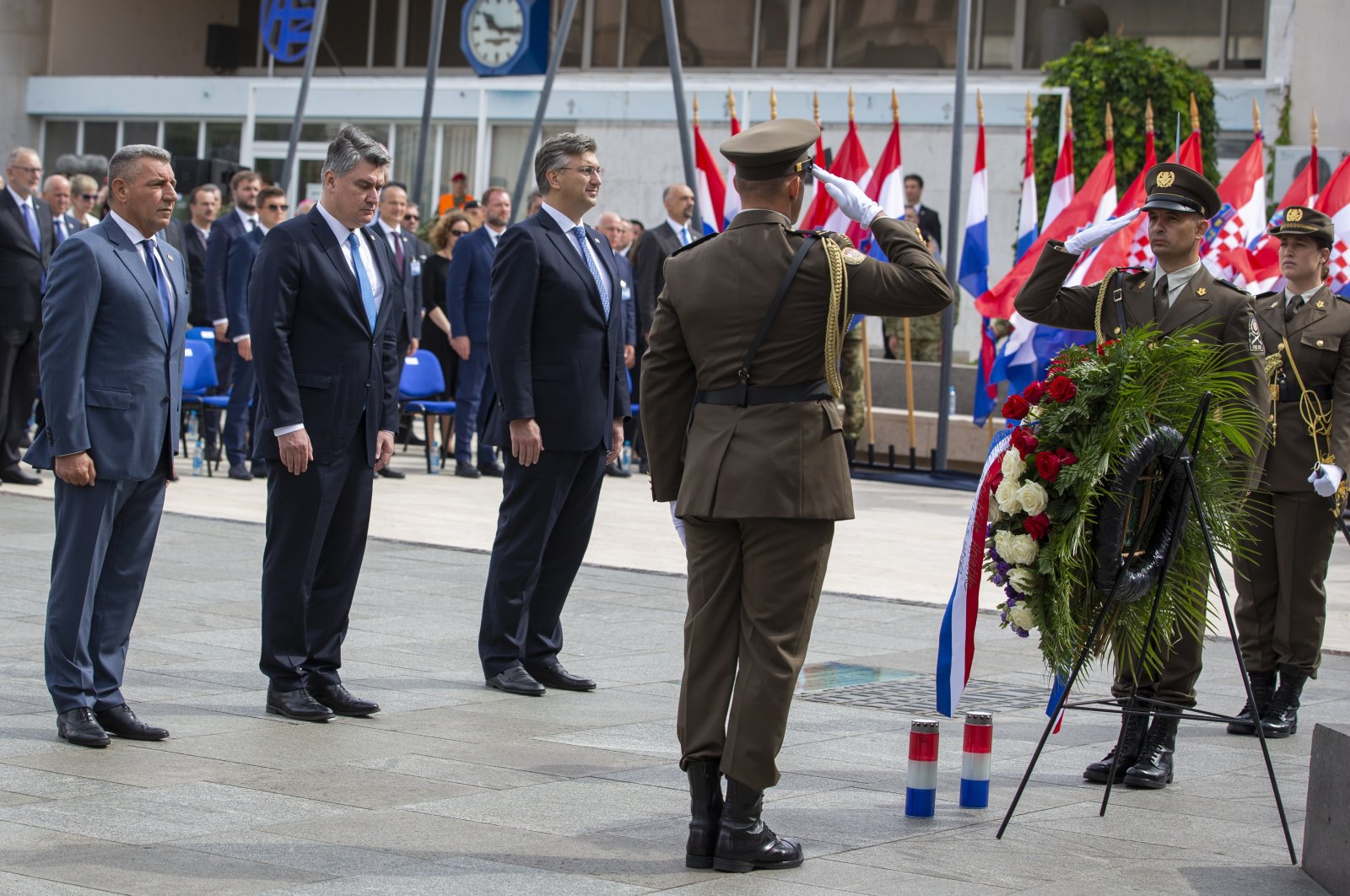 Croatia on Wednesday celebrated the 25th anniversary of its decisive victory in the 1991-1995 independence war, for the first time joined by a top representative of the Serbian minority to mark progress in overcoming a legacy of ethnic hatred.

The annual rite, gathering top state and military officials and war veterans, was again staged in the southern hill town of Knin, the former bastion of rebel Serbs who opposed Zagreb's 1991 secession from Serbian-dominated federal Yugoslavia.

The Belgrade-backed nationalist Serbs seized a third of Croatian territory, declared a Republic of Serb Krajina (RSK) and expelled the local Croat population.

After years of sporadic clashes and bouts of Serb shelling that at one point struck the capital Zagreb, a revamped Croatian army wrestled back almost all of the breakaway RSK in a four-day August 1995 operation codenamed Storm.

Boris Milosevic, one of four deputy premiers in the Croatian government and a top figure in the minority Serbs' Independent Democratic Serb Party (SDSS), on Wednesday became the first representative of his community to join the anniversary ceremony in 25 years.

"Going to Knin is not easy for me because of my personal tragedy and because of all the Serbs that lost someone in Operation Storm. But after 25 years, it is necessary to stop the hatred," he said before his arrival in Knin.

In the aftermath of the 1995 offensive, armed Croats plundered and torched scores of abandoned Serb properties and killed a number of elderly Serb civilians who remained in their homes – one of whom was Milosevic's grandmother.

Croatia, now a member of the European Union and NATO, later forged full diplomatic relations with Serbia though tensions endure amid disputes over borders and the fate of missing people from the war.

Belgrade, which did not support Milosevic's presence in Knin, regards Operation Storm as an act of ethnic cleansing as some 200,000 ethnic Serbs fled to Bosnia and Serbia from the advance of Croatian forces.

"We also regret the victims of war crimes committed by Croats, which unfortunately did happen, as the legitimate right of self-defense is no justification for war crimes," Croatian Prime Minister Andrej Plenkovic told the ceremony.

Serbian President Aleksandar Vucic said at the country's own memorial service Tuesday evening, held on a bridge that was crossed by the hundreds of thousands of Serbian refugees who fled Croatia after Operation Storm, that his country "does not want to celebrate the tragedy of the Serbian people, and Serbia will never accept humiliation."