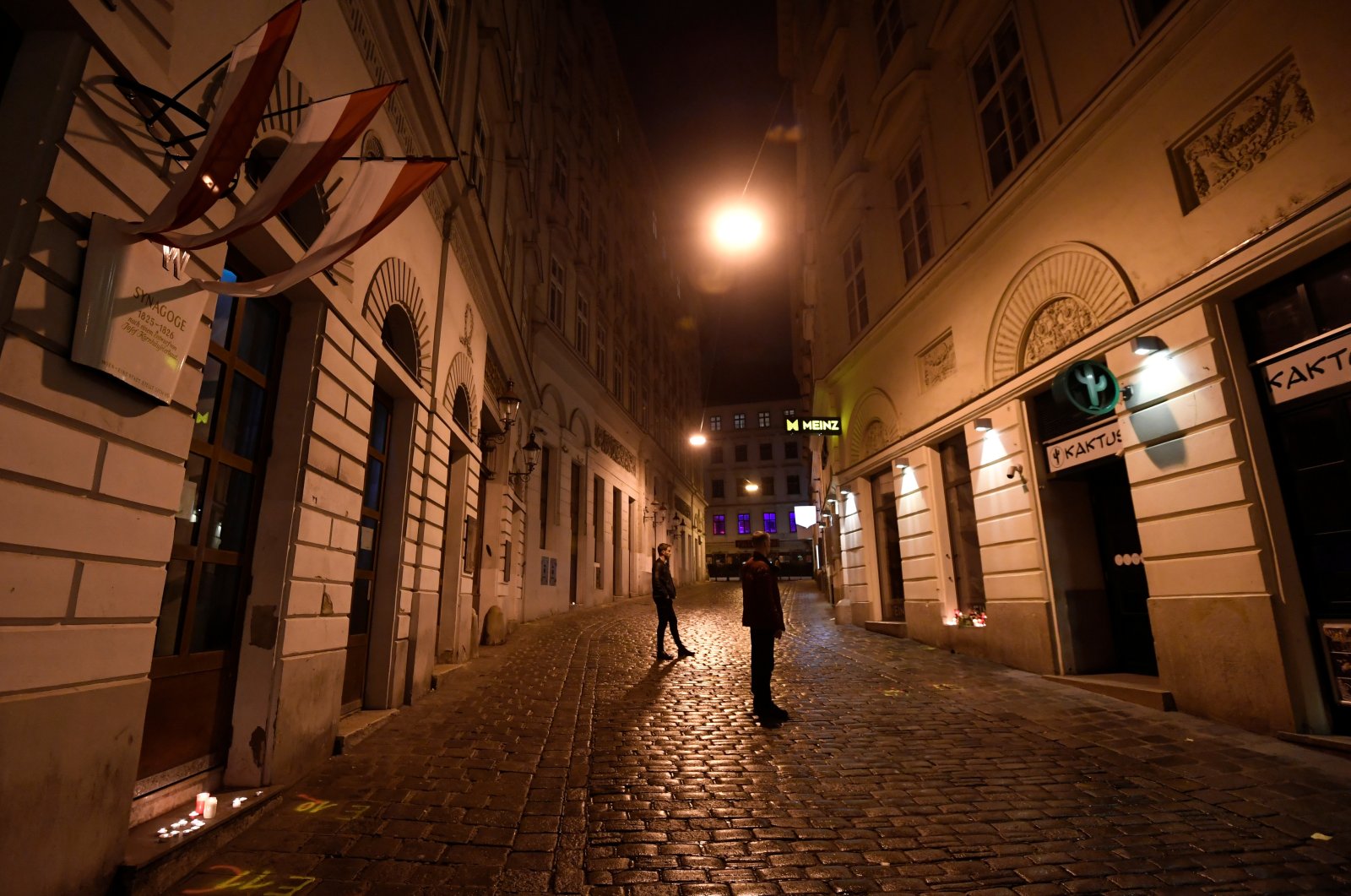 The Daesh terror group claimed responsibility Tuesday for a deadly shooting rampage in Vienna the day before, the group said in a statement on its Telegram channels.

The statement identified "a soldier of the caliphate" as being responsible for the assault on Monday night in the Austrian capital that left four people dead.

In a separate statement, accompanied by a photograph of the armed assailant, Daesh propaganda arm Amaq cited "a gun attack yesterday (Monday) by an Islamic State fighter in the city of Vienna".

A man who had previously tried to join the Daesh terror group rampaged in Vienna armed with an automatic rifle and a fake explosive vest, fatally shooting four people before he was killed by police, Austrian authorities also said Tuesday.

Witnesses described dozens of screaming people fleeing the sounds of gunshots Monday night in a nightlife district crowded with revelers enjoying the last hours before a COVID-19 lockdown.

Others barricaded themselves inside restaurants for hours until they were sure the danger had passed. A video that appeared to be from the scene showed a gunman, dressed in white coveralls, firing off bursts seemingly at random as he ran down the Austrian capital’s dark cobblestone streets.

While the attack lasted just minutes, authorities said only on Tuesday afternoon that there was no indication of a second attacker - adding to the tension in the capital as residents were urged to stay home.

Two men and two women died from their injuries in the attack - including one German woman, according to Germany’s foreign minister. Authorities said a police officer who tried to get in the way of the attacker was shot and wounded, along with 21 other people.