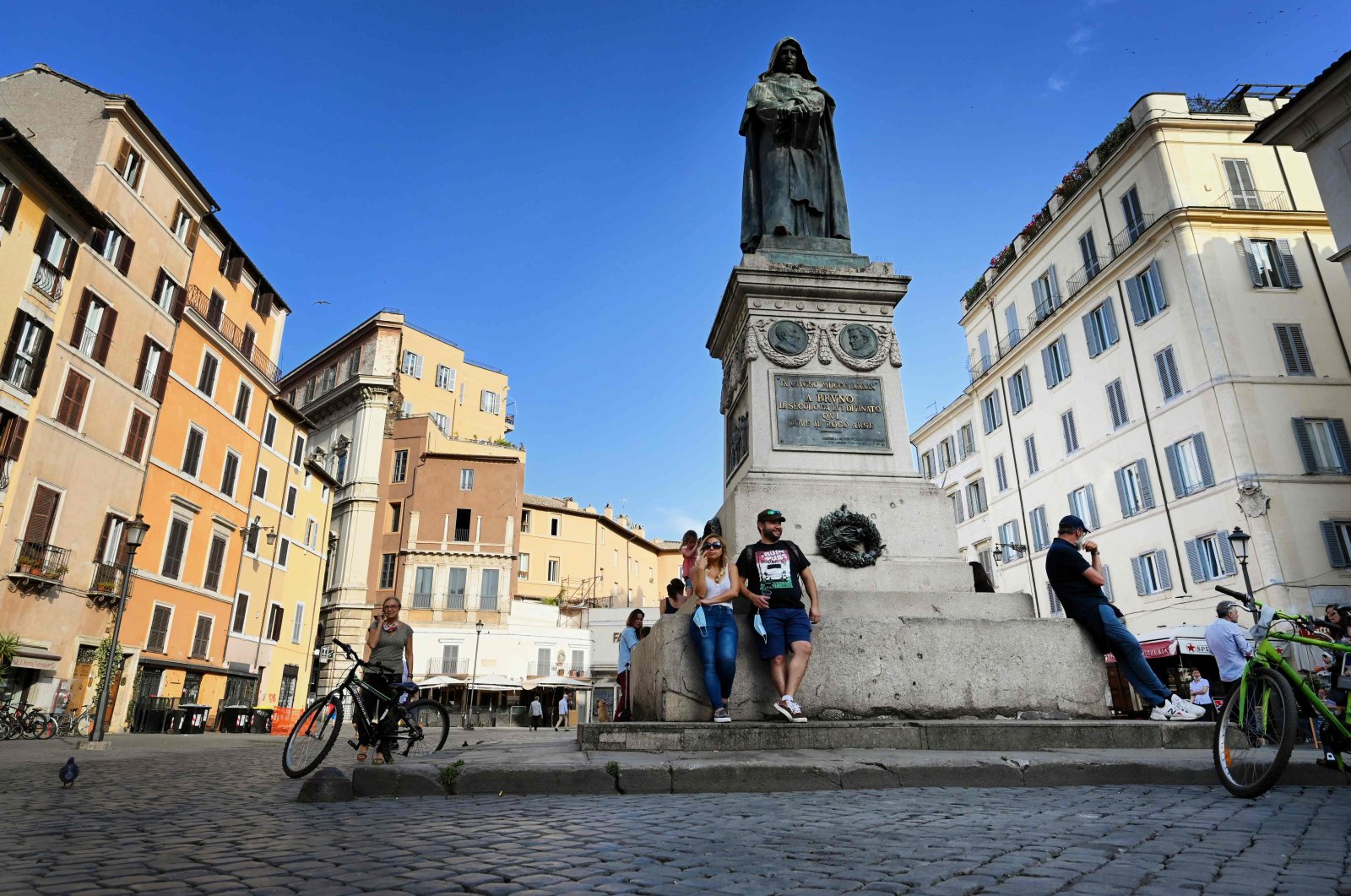 People relax on Campo dei Fiori in central Rome, on May 18, 2020 as the country's lockdown is easing after over two months, aimed at curbing the spread of the COVID-19 infection, caused by the novel coronavirus. (AFP Photo)
by REUTERS May 18, 2020 7:09 pm

Deaths from the COVID-19 epidemic in Italy climbed by 99 on Monday, following a tally of 145 from the day before, the country's Civil Protection Agency said, registering the first rate of below 100 since March 9.

New cases increased by just 451 against 675 on Sunday, the lowest daily figure since March 2.

The decline in the daily number of deaths on Monday bucked a long-running trend which had seen fatalities fall on Sundays only to rise again the following day.

The total death toll since the outbreak came to light on Feb. 21 now stands at 32,007 the agency said, the third-highest in the world after those of the United States and Britain.

The number of confirmed cases since the start of the outbreak amounts to 225,886, the sixth-highest global tally behind those of the United States, Russia, Spain, Britain and Brazil.

People registered as currently carrying the illness fell to 66,553 from 68,351 the day before.

There were 749 people in intensive care on Monday, down from 762 on Sunday, maintaining a long-running decline. Of those originally infected, 127,326 were declared recovered against 125,176 a day earlier.

The agency said 1.959 million people had been tested for the virus against 1.933 million on Sunday, out of a population of around 60 million.